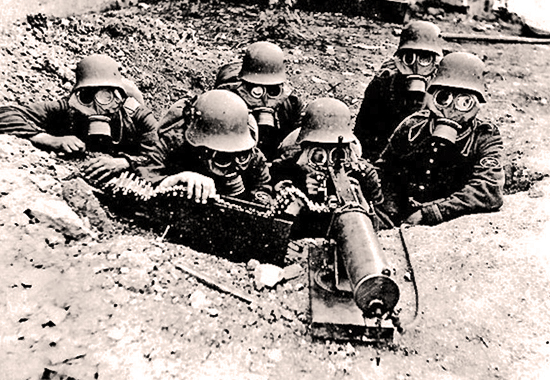 Over at First Things, Peter J. Leithart writes about the rise of industrialism and the death of masculinity. He uses Philipp Blom’s books Fracture and The Vertigo Years as the core for his discussion.

For 21st century man, we have grown up in a world of industrialism and ever-increasing technology. We don’t know anything different and, therefore, technology is just a part of the landscape. Like trees and rivers, we assume its neutrality and if we do consider the impacts, we mostly focus on what we consider the good. But that’s not necessarily the case.

“…the rise of machinery and factory labor robbed men of the nobility and honor they had in traditional societies. They were reduced to doing repetitive women’s work. City life left them little scope to be masculine.”

He then goes on to write:

“As Blom says, ‘This social and intellectual upheaval caused a multitude of reactions, most important those among men who saw their masculinity threatened by the changing patterns of power and by a personal and professional life marked by increasing speed and insecurity. Those who could not cope with the new demands were declared “neurasthenics” and sent to mental hospitals to recuperate away from the constant haste of city life. Others sought refuge in rituals of masculinity such as bodybuilding and a cult of health and fitness. Uniforms were in fashion, and more duels were being fought than ever before, while small advertisements in newspapers from Chicago to Berlin asked their readers to consider whether they might be suffering from a secret “manly weakness” or from “nervous exhaustion,” and proposed tinctures and electric baths to stimulate virility’. Effete aestheticism and brutal fascism were alternative responses to the emasculations of modernity.”

Interestingly, it wasn’t just city life that caused a crisis in masculinity to Leithart or Blom. The conditions of World War I as the first truly mass-production, industrialized war also left manhood reeling.

“Blom’s vivid description of the war is no doubt touched by later surrealist imagery, but it’s also the case that Dada and Surrealism turned the experience Front into art. On the Western Front ‘was the scene of the most technologized, mechanized warfare humanity had seen to date. A moonlike wasteland cratered by hundreds of thousands of shells and scarred by trenches running for thousands of miles, this was modernity unhinged. Everything here was mass-produced and standardized; every human being carried a number and wore a uniform. There was no more mechanized, more industrialized, more rationalized, and at the same time more obviously insane environment than the Western Front, and the armies on all sides were gigantic machines. Men, horses, provisions, ammunition, news, secrets, ideas, and experiences were transported over thousands of miles along sophisticated road, rail, and communications networks to be consumed at their destination. Fighting had become an industrial process rather than an act of personal bravery or even heroism’. Many returned shell-shocked, more helpless than they were before the war.”

There can be no doubt that industrialism fundamentally altered society. Not only did it rip apart the social fabric and changed warfare forever, but it also introduced a perpetual drive for efficiency and competition that seeped into all aspects of life, areas of humanity that may not be amenable to efficiency and competition, such as family and friendship. It seems fair to say, too, that if masculinity was dislocated by the changes then femininity was also altered.

Looking back on the changes certainly gives us food for thought on not only where we came from, but also some of the challenges we see around us.