Does This Nietzsche Quote Describe What is Happening to America? 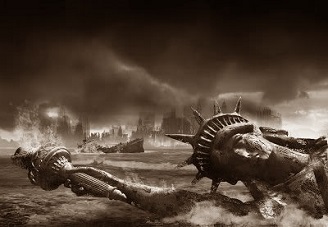 America was founded on the tradition of classical liberalism, which is a political philosophy emphasizing the freedom (“liberty” – hence, “liberalism”) of individuals. Its various pillars include freedom of religion, economic freedom, and limited government. It was in the hopes of this freedom that men and women originally left the European continent, and that led Americans to fight so vigorously in the Revolutionary War.

Arguably, immigration to America testifies to the perception that a high level of freedom still prevails in this country. At the same time, though, many Americans contend that the freedoms originally won over 200 years ago are being progressively eroded.

If the latter is the case, then none would be less surprised than the nineteenth-century philosopher Friedrich Nietzsche. Here is what he had to say about liberalism in Twilight of the Idols (1888):

“The value of a thing sometimes does not lie in that which one attains by it, but in what one pays for it — what it costs us. I shall give an example. Liberal institutions cease to be liberal as soon as they are attained: later on, there are no worse and no more thorough injurers of freedom than liberal institutions. Their effects are known well enough: they undermine the will to power; they level mountain and valley, and call that morality; they make men small, cowardly, and hedonistic — every time it is the herd animal that triumphs with them. Liberalism: in other words, herd-animalization.”

Do you think Nietzsche was correct? Once freedom is won, do human beings tend to grow slack?