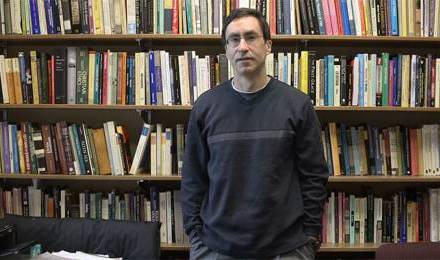 Capitalism is considered by many to be the best system for ensuring freedom in the economic realm.

But is the system of free market economics promoted by advocates such as Milton Friedman really that free?

Not according to professor William Cavanaugh of DePaul University of Chicago. In a book chapter entitled “Freedom and Unfreedom,” he argues that the way the free market understands freedom eventually leads to greater imbalances of power and the diminishment of freedom.

In answer to the question “When is a market free?”, Cavanaugh summarizes the traditional Milton Friedman answer as follows:

“According to Milton Friedman, the central problematic of economics is how to ensure the cooperation of free individuals without coercion. The answer, says Friedman, was provided by Adam Smith, who saw that, in the absence of external coercion, two parties enter into exchanges because it will be mutually beneficial for them to do so, ‘provided the transaction is bi-laterally voluntary and informed’… According to Friedman, if individuals are voluntarily entering into exchanges from which both parties expect to benefit, then the market is free.”

Cavanaugh has two main problems with this understanding of freedom: 1) “that freedom is [merely] defined negatively, that is, as freedom from the interference of others, especially from the state”; and 2) “that the free market has no telos, that is, no common end to which desire is directed.”

Many advocates of free market economics might very well shrug their shoulders at those “problems” and say, “So what? In a society where people have varying desires and ends, the kind of minimal freedom of choice offered by the free market is the best we can hope for. It’s best to give people as much room as possible to choose their own ends.”

But drawing on Augustine, Cavanaugh maintains that “the absence of external force is not sufficient to determine the freedom of any particular exchange. In order to judge whether or not an exchange is free, one must know whether or not the will is moved toward a good end.” To pursue this good end, “humans need a community of virtue in which to learn to desire rightly.”

For instance, take the example of a person with a heap of credit card debt who makes a choice to eat at an upscale restaurant. Is that choice free? According to the logic of the free market: yes. But according to a traditional understanding of human flourishing: no, because the person is not tempering her desires in accordance with the reality of her economic situation, thus preventing her from flourishing.

When an economic system does not promote a common, objective end related to human flourishing, Cavanaugh believes that what’s left is “sheer power” exercised by companies. Over time, their will to power will result in the diminishment of freedoms for an increasing number of people, whether through advertising that preys on the weaknesses of consumers, crony capitalism, or the felt “need” of businesses to employ ever cheaper forms of labor.

In favor of free market advocates, Cavanaugh clarifies that he is not calling for state intervention in the market. Rather, he seems to be asking if society is stuck with an economic either/or: either a free market that remains ambivalent and agnostic about human flourishing, or a totalitarian system that imposes one version of human flourishing on the public.

Personally, I think the answer is somewhere in between. The free market is a lowest common denominator version of freedom; it should never be extolled as freedom’s pinnacle. The higher forms of freedom and the ideals of human flourishing should be promoted through communities that lie in the space between the individual and the state – families, churches, schools. It is through forming persons in these communities – and not through multiplying government interventions – that authentic change in the larger society, and economy, will come about.