Are We Over-Medicating Children? 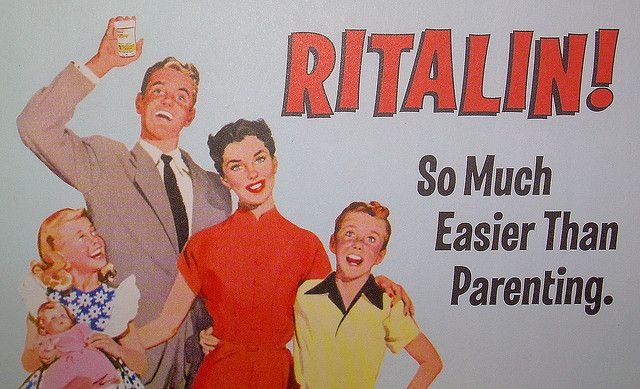 A year or so ago, my sister was tasked to look after two children in a classroom/tutorial type of setting. After ignoring repeated instructions to sit down and perform the task at hand, the child on my sister’s right grinned mischievously and said, “I can’t. I didn’t have my medication today.”

The child on her left, however, rolled her eyes and muttered, “Well, I didn’t have my medication today, either, and I can still control myself.”

Such a scenario makes one wonder: is our society becoming too dependent on medicating today’s children? Is it sometimes easier to thrust a pill into their mouths rather than put up with their energy or train them to restrain themselves at the appropriate times?

The UK Telegraph recently pondered that question as well. They noted that:

“[W]hile [pill] tablets may lead parents to think that something is being done, essentially the tablets don’t cure anything.

Yes, they may improve cognitive function and calm the child down a little bit, but they don’t teach the child strategies on how to live successfully with the condition. Indeed, a Colorado University study in 2010 showed that when 150 adolescents diagnosed with the disorder were given sessions of CBT plus a sugar pill they were told was Ritalin, their ADHD symptoms disappeared just as well as 150 adolescents who were given both the therapy and actual Ritalin-type drug.”

I don’t wish to claim that there are never cases where there is a need for medications to regulate ADHD behaviors, but the steady increase of diagnoses in recent years (see below chart) makes one wonder if ADHD has become a catch-all for every inconvenient behavior that a child exhibits.

If it truly is the case that we are diagnosing more children with ADHD for “convenience’s sake,” then we should be aware that treatments can have detrimental effects on those who take them. According to the Telegraph:

“Fears have also been raised over other side effects of Ritalin, including severe weight loss, tics, liver damage, insomnia and stunted growth. ‘These drugs have a direct effect on the production of growth hormone,’ says Professor Kendall [the director of the National Collaborating Centre for Mental Health]. ‘If a child takes methylphenidate [Ritalin] for a year, they will lose three quarters of an inch of expected growth.’

Other side effects include mood swings, anxiety, depression and suicidal thoughts and in 2009, the EU regulator, the European Medicines Agency said all patients should be monitored for psychiatric symptoms during treatment with Ritalin-type drugs.”

Given these negative side effects, is it time to explore other avenues besides medication to deal with children who can’t sit still, have difficulty remembering instructions, or who need continual adult supervision?