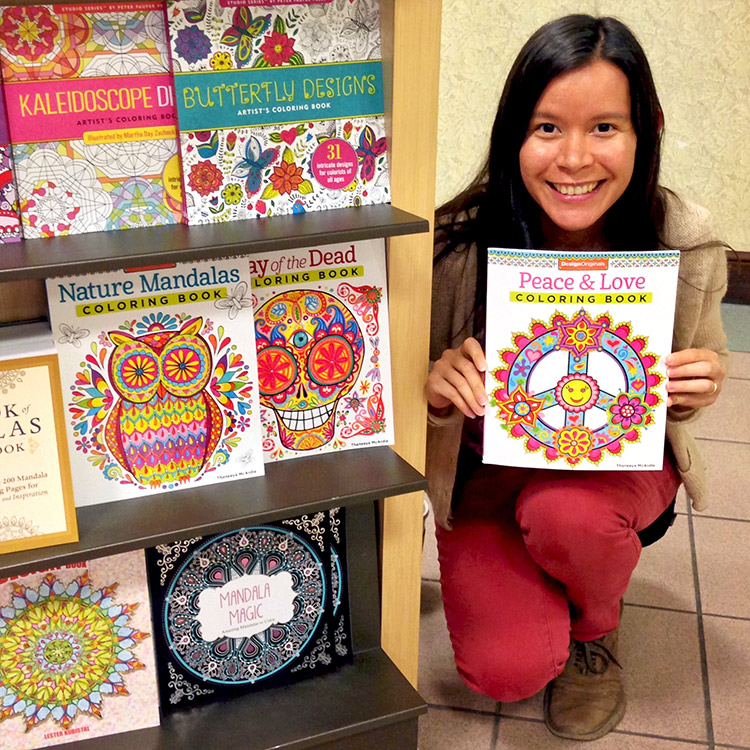 These past few days, I’ve had two reminders about how stressful work is for many Americans today.

The first reminder came when I watched Beyond the Brick: A Lego Brickumentary with my children the other night. In the film, they profiled the growing community of adults who build with Legos, known in the Lego world as “AFOLs”—“Adult Fans of Legos.” There are numerous reasons why adults play with Legos. Some end up engineering pretty impressive creations: one mom recreated the entire outpost of Rivendell from the Lord of the Rings. But many adults, including South Park creator Trey Parker, find simply building the models according to the instructions extremely “therapeutic.”

The second reminder came when my family and I walked into a Barnes & Noble last night. There, on the inside of the door, was a large section of coloring books published specifically for adults. A New Yorker article earlier this summer pointed out that adult coloring books are currently among the bestsellers on Amazon, and the word “therapy” appears in many of their titles.

Contained in the New Yorker article are some sharp critiques of this trend of adults partaking in media traditionally reserved for children. Susan Linn of Harvard Medical School maintains that “however soothing and enjoyable coloring might be, these books aren’t even an especially creative endeavor for children,” much less adults. The same point has been made about Lego sets that now come with complete and detailed instructions on how to build the models. Even harsher is Susan Jacoby, author of The Age of American Unreason, who believes that “adults who immerse themselves in escapist fantasies like coloring books, camps, and preschool are regressing into safe patterns in order to avoid confronting the world around them.” (By the way, there are now adults who attend summer camps and preschool.)

The reason I’m sympathetic is because of the changing nature of modern work. As Trey Parker said in the Lego documentary, his work constantly requires him to be creative. He finds Legos therapeutic because they provide him with ready-made instructions that he simply has to follow. I imagine the same motivations apply to those adults who use coloring books. You don’t have to be that creative: the lines are already there; you simply have to fill them in.

In the past, for the majority of people, work was something that was rote whereas the time after work was when they could exercise their creativity in a hobby such as knitting, embroidery, or whittling. (In another post, we can perhaps discuss whether there is a higher character to these activities versus Legos or coloring books.)

But in the modern Western world, things have rapidly flip-flopped: it is at work that we are increasingly expected to be “creative.” As we are told, we live in a knowledge-based economy that requires critical thinking and innovation. “Creativity” is a frequently-used word in both job advertisements and job applications. This creativity may very well be exercised within the confines of a large, bureaucratic corporation (we’re not all Trey Parker), but still, many employees are expected to wow our superiors within those confines.

Being creative has a long history of being compared to the pangs of childbirth: it is stressful and draining. I have to read and write for a living, and 95% of the time, I don’t have the energy to do more of it in the evening when I return home. Others required to be creative for their jobs might feel the same way. Perhaps they unwind by cooking, exercising, or watching a television show.

Perhaps some of them just want to color.