Thomas Jefferson Had Some Issues with Newspapers 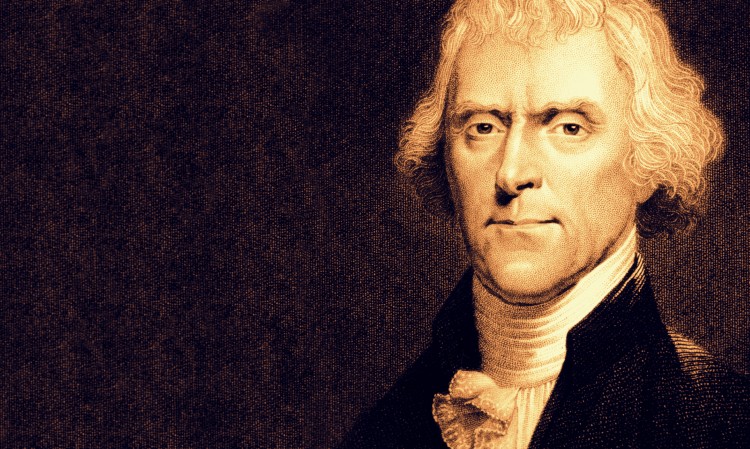 Thomas Jefferson truly believed that a free people require a free press. On the other hand, he really loathed newspapers, as illustrated by the following 10 quotes:

1. “The most effectual engines for [pacifying a nation] are the public papers… [A despotic] government always [keeps] a kind of standing army of newswriters who, without any regard to truth or to what should be like truth, [invent] and put into the papers whatever might serve the ministers. This suffices with the mass of the people who have no means of distinguishing the false from the true paragraphs of a newspaper.”

2. “I deplore… the putrid state into which our newspapers have passed and the malignity, the vulgarity, and mendacious spirit of those who write for them… These ordures are rapidly depraving the public taste and lessening its relish for sound food.”

3. “‘From forty years’ experience of the wretched guess-work of the newspapers of what is not done in open daylight, and of their falsehood even as to that, I rarely think them worth reading, and almost never worth notice.”

4. “Nothing can now be believed which is seen in a newspaper. Truth itself becomes suspicious by being put into that polluted vehicle. The real extent of this state of misinformation is known only to those who are in situations to confront facts within their knowledge with the lies of the day.”

Newspapers sit on a throne of lies.

5. “As for what is not true, you will always find abundance in the newspapers.”

6. “A coalition of sentiments is not for the interest of printers… [T]he printers can never leave us in a state of perfect rest and union of opinion. They would be no longer useful and would have to go to the plough.”

7. “I really look with commiseration over the great body of my fellow citizens who, reading newspapers, live and die in the belief that they have known something of what has been passing in the world in their time…”

Reading newspapers does not mean one is “informed.”

8. “A truth now and then projecting into the ocean of newspaper lies serves like headlands to correct our course. Indeed, my scepticism as to everything I see in a newspaper makes me indifferent whether I ever see one.”

He really couldn’t care less about them.

9. “The man who never looks into a newspaper is better informed than he who reads them, inasmuch as he who knows nothing is nearer to truth than he whose mind is filled with falsehoods and errors.”

Better off without them.

10. “From a very early period of my life, I had laid it down as a rule of conduct, never to write a word for the public papers.”