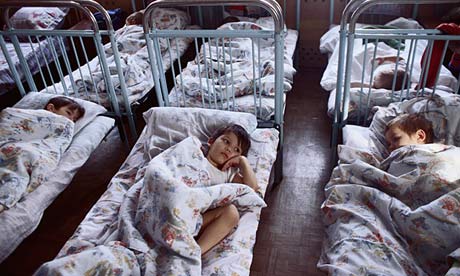 Many young Americans have no recollection of a world when “normal” was kids living with their parents who were married. And so we’ve come to a time when it’s commonly assumed that the family doesn’t really matter. But what if it does? Furthermore, what are the alternatives to the traditional family?

Russell Kirk, a noted political philosopher of the 20th century, had much to say on the topic. Here’s an excerpt from his book Sword of the Imagination:

“The alternative to the vigorous family is the universal orphanage… If the family disintegrates, there remain only two modes of human existence. The first of these is an atomic individualism, every man or woman isolated and self-seeking, suffering each from too much ego in one’s cosmos. Such loveless individualism, the delusion of the nineteenth-century rationalists, does not endure long; for, as Aristotle put it, man is a gregarious animal. We yearn to love and to be loved, to belong to something bigger than ourselves. Besides, total individualism is the negation of society. We are made for cooperation – like the hands, like the feet, Marcus Aurelius says. When we cease to cooperate, the average sensual man becomes Cain, with his hand against every man’s. In such a condition, there exists freedom of a sort, but it is what John Adams called the freedom of the wolf, as distinguished from the moral freedom of the truly human person. License of that sort, if prolonged, would put an end to the human race. So it is that if the family structure dissolves into an irresponsible solitary individualism, such a phase is adventitious and transitory merely. It is succeeded, ordinarily, by a different alternative mode.

This latter condition is compulsory collectivism. The political state becomes all in all: only in its most rudimentary, deprived aspect is the family tolerated. Children become wards of the state, reared for the state’s purposes; marriage survives simply to reduce the enervating consequences of promiscuity. That servile condition is described in a number of fictional dystopias of our century – by Aldous Huxley, by George Orwell, by Jacquetta Hawkes. Married couples cohabitate in barrack cells; or, if children are permitted to dwell with their parents beyond infancy, that is because they might be employed as spies upon their parents, as in Orwell’s 1984. Mere production and consumption, under direction of the state apparatus, become the exclusive ends of human striving.

Such a prospective extinction of the family is not fanciful merely … we would be foolish to ignore a strong drift in what is called ‘the West’ toward the supplanting of the family by the Universal Orphanage. Vast schemes of state ‘child care,’ in the name of liberating housewives, in truth are designs for thrusting women into gainful employment, at whatever cost to small children – so that the state gains revenues, through taxing women’s incomes.”