7 Past Quotes on American Immigration 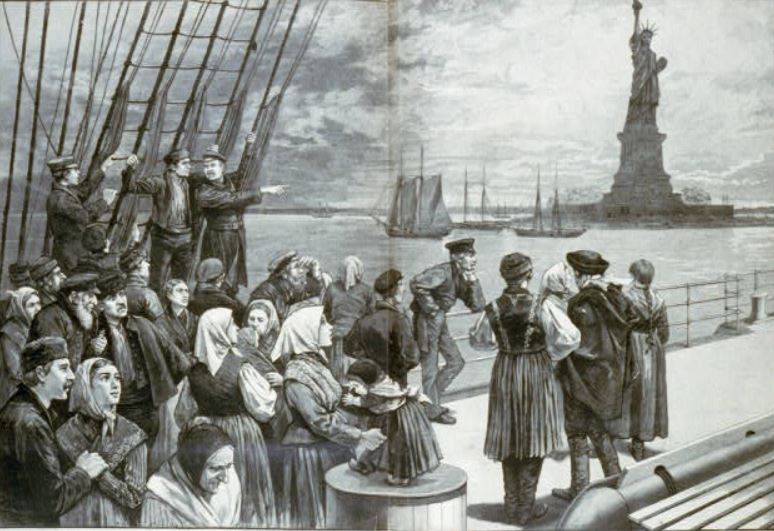 America is famously referred to as the “melting pot,” where people of many cultures and nations have formed a unity on the basis of shared principles.

Given that, should every U.S. immigrant – regardless of his or her cultural background – be assimilated into the principles and traditions which made America what it is?

Here’s how American leaders from the past viewed that question:

“If we would reach a degree of civilization higher and grander than any yet attained, we should welcome to our ample continent all nations, kindreds [sic] tongues and peoples; and as fast as they learn our language and comprehend the duties of citizenship, we should incorporate them into the American body politic.” – Frederick Douglass, 1869

“The material interests of this country, the traditions of its settlement and the sentiment of our people, have led the government to offer the widest hospitality to emigrants who seek our shores for new and happier homes, willing to share the burdens as well as the benefits of our society, and intending that their posterity shall become an undistinguishable part of our population.” – James Garfield, 1880

“In opening our vast domain to alien elements the purpose of our lawgivers was to invite assimilation, and not to provide an arena for endless antagonism. The paramount duty of maintaining public order and defending the interests of our own people may require the adoption of measures of restriction, but they should not tolerate the oppression of individuals of a special race.” – Grover Cleveland, 1886

“The privileges of American citizenship are so great and its duties so grave that we may well insist upon a good knowledge of every person applying for citizenship and a good knowledge by him of our institutions. We should not cease to be hospitable to immigration, but we should cease to be careless as to the character of it. There are men of all races, even the best, whose coming is necessarily a burden upon our public revenues or a threat to social order. These should be identified and excluded.” – Benjamin Harrison, 1889

“Heretofore we have welcomed all who came to us from other lands except those whose moral or physical condition or history threatened danger to our national welfare and safety. Relying upon the zealous watchfulness of our people to prevent injury to our political and social fabric, we have encouraged those coming from foreign countries to cast their lot with us and join in the development of our vast domain, securing in return a share in the blessings of American citizenship.

A century’s stupendous growth, largely due to the assimilation and thrift of millions of sturdy and patriotic adopted citizens, attests the success of this generous and free-handed policy which, while guarding the people’s interests, exacts from our immigrants only physical and moral soundness and a willingness and ability to work.” – Grover Cleveland, 1897

“I believe in established standards for immigration, which are concerned with the future citizenship of the republic, not with mere manpower in industry.

I believe that every man who dons the garb of American citizenship and walks in the light of American opportunity, must become American in heart and soul. – Warren Harding, 1920

“American institutions rest solely on good citizenship. They were created by people who had a background of self-government. New arrivals should be limited to our capacity to absorb them into the ranks of good citizenship. America must be kept American.” – Calvin Coolidge, 1923