11 Painfully Accurate Quotes from Hazlitt’s “Economics in One Lesson” 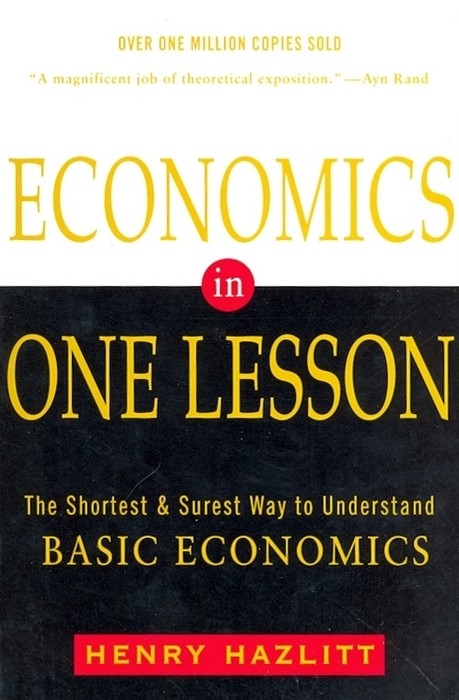 1. “We cannot distribute more wealth than is created. We cannot in the long run pay labor as a whole more than it produces.”

3. “The ideas which now pass for brilliant innovations and advances are in fact mere revivals of ancient errors, and a further proof of the dictum that those who are ignorant of the past are condemned to repeat it.”

4. “Mere inflation—that is, the mere issuance of more money, with the consequence of higher wages and prices—may look like the creation of more demand. But in terms of the actual production and exchange of real things it is not.”

6. “Everywhere the means is erected into the end, and the end itself is forgotten.”

7. “The larger the percentage of the national income taken by taxes the greater the deterrent to private production and employment.”

8. “Either immediately or ultimately every dollar of government spending must be raised through a dollar of taxation.”

9. “The belief that public works necessarily create new jobs is false. If the money was raised by taxation, we saw, then for every dollar that the government spent on public works one less dollar was spent by the taxpayers to meet their own wants, and for every public job created one private job was destroyed.”

11 “Practically all government attempts to redistribute wealth and income tend to smother productive incentives and lead toward general impoverishment. It is the proper sphere of government to create and enforce a framework of law that prohibits force and fraud. But it must refrain from specific economic interventions. Government’s main economic function is to encourage and preserve a free market. When Alexander the Great visited the philosopher Diogenes and asked whether he could do anything for him, Diogenes is said to have replied: ‘Yes, stand a little less between me and the sun.’ It is what every citizen is entitled to ask of his government.”