Is It Okay to Bribe Your Kids? 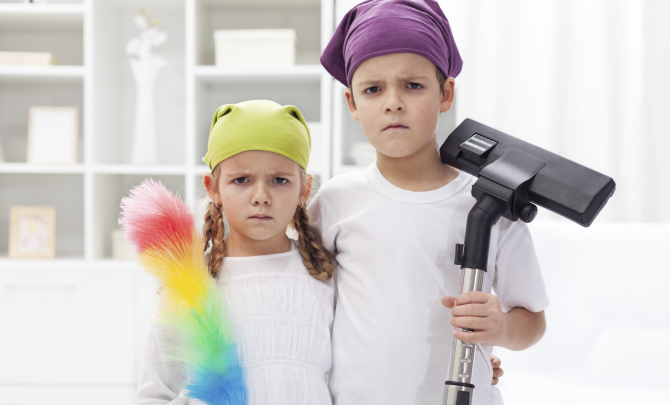 One of the “joys” of parenting is struggling to get your children to perform required tasks. The most difficult struggles usually involve getting them to do chores and homework.

Afterwards, parents often feel guilty about the bribe, as they believe and hope that their children should want to do these things out of a sense of duty, or better yet, love.

However, though it’s an unpleasant word, I think there’s a good case to be made for bribing one’s children.

The following passage is from one of the most influential academic books of the 20th century – Alasdair MacIntyre’s After Virtue. In it, MacIntyre describes a hypothetical example of a man trying to teach a child the game of chess:

“Consider the example of a highly intelligent seven-year-old child whom I wish to teach to play chess, although the child has no particular desire to learn the game. The child does however have a very strong desire for candy and little chance of obtaining it. I therefore tell the child that if the child will play chess with me once a week I will give the child 50¢ worth of candy; moreover I tell the child that I will always play in such a way that it will be difficult, but not impossible, for the child to win and that, if the child wins, the child will receive an extra 50¢ worth of candy. Thus motivated the child plays and plays to win. Notice however that, so long as it is the candy alone which provides the child with a good reason for playing chess, the child has no reason not to cheat and every reason to cheat, provided he or she can do so successfully. But, so we may hope, there will come a time when the child will find in those goods specific to chess, in the achievement of a certain highly particular kind of analytical skill, strategic imagination and competitive intensity, a new set of reasons, reasons now not just for winning on a particular occasion, but for trying to excel in whatever way the game of chess demands. Now if the child cheats, he or she will be defeating not me, but himself or herself.”

Virtue is achieved through years of discipline and struggle; it is not innate. When we first start children out on the path toward becoming virtuous, we cannot expect them to have a mature desire to fulfill obligations and perform tasks well. In some cases, it happens; but again, we can’t expect it. However, to convince children to perform a task, we can appeal to what they happen to desire at this particular time in their lives – whether it be a piece of candy, a little bit of screen time, an activity they enjoy, or the widely acclaimed “allowance.” (In choosing a reward, it’s important that parents exercise both temperance and consistency.) It may be a surprise to hear, but punishment is really just another form of a bribe, as you’re appealing to but another desire external to the act to be performed, namely, the child’s desire not to be reprimanded or have a good taken away from him.

As in MacIntyre’s example of the chess player above, we hope that there comes a time when our children grow in virtue, and come to value excellence in performing their required tasks, apart from rewards or punishments. But the beginning of that road to virtue might be paved with a few bribes.