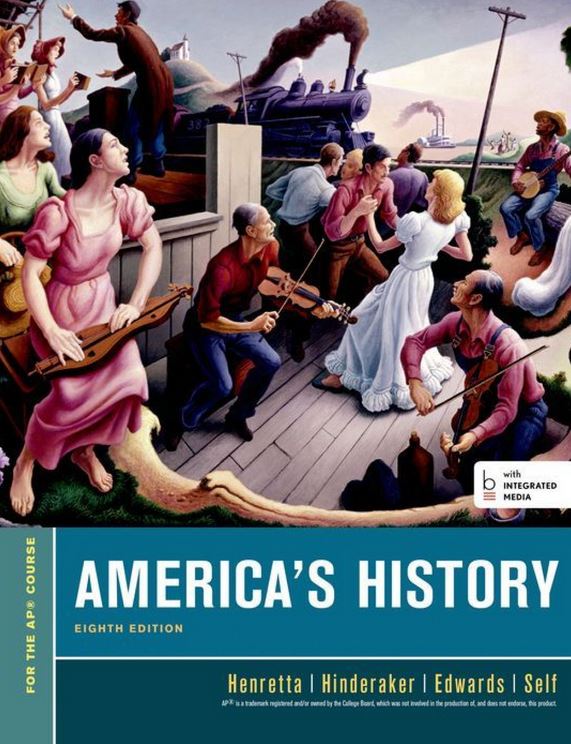 How do today’s American history textbooks differ from those of nearly a century ago?

I found myself wondering this when I obtained a copy of the popular AP U.S. History textbook America’s History. According to a group of over 100 prominent scholars, history texts like this one have been newly formatted to focus on “identity-group conflict,” while “downplaying essential subjects, such as the sources, meaning, and development of America’s ideals and political institutions, notably the Constitution.”

As an initial experiment to verify if these claims were true, I hunted down David Muzzey’s A History of Our Country – a high school history textbook from 1936 – and decided to do a little comparison on the passages which describe America’s Constitutional Convention.

“The Great Convention. Rhode Island alone refused to respond to the call. The other states sent a group of men who have not been surpassed in character and ability by anybody of equal size in the world’s history. From Virginia came Washington (who was unanimously chosen president of the convention), Governor Edmund Randolph, James Madison, and George Mason. Pennsylvania sent Benjamin Franklin, James Wilson, and Robert and Gouverneur Morris. Roger Sherman and Oliver Ellsworth came from Connecticut; Elbridge Gerry and Rufus King from Massachusetts; John Rutledge and the Pinckneys from South Carolina; John Dickinson from Delaware; and Alexander Hamilton from New York. Some of the men who had been in the front rank in the struggle for independence were absent. John Adams and Thomas Jefferson were abroad, serving as ministers to England and France. Patrick Henry and Sam Adams were both opposed to strengthening the central government. They feared that liberty would be in danger if the states parted with some of their power, while most of the men in the convention feared rather such disorders as Shays’ Rebellion and the danger to property from the radical democrats.”

“The Philadelphia Convention
In May 1787, fifty-five delegates arrived in Philadelphia. They came from every state except Rhode Island, where the legislature opposed increasing central authority. Most were strong nationalists; forty-two had served in the Confederation Congress. They were also educated and propertied: merchants, slaveholding planters, and ‘monied men.’ There were no artisans, backcountry settlers, or tenants, and only a single yeoman farmer.

Some influential Patriots missed the convention. John Adams and Thomas Jefferson were serving as American ministers to Britain and France, respectively. The Massachusetts General Court rejected Sam Adams as a delegate because he opposed a stronger national government, and his fellow firebrand from Virginia, Patrick Henry, refused to attend because he ‘smelt a rat.’

The absence of experienced leaders and contrary-minded delegates allowed capable younger nationalists to set the agenda. Declaring that the convention would ‘decide for ever the fate of Republican Government,’ James Madison insisted on increased national authority. Alexander Hamilton of New York likewise demanded a strong central government to protect the republic from ‘the imprudence of democracy.’”

After reading both passages, I noticed several subtle, but important, differences:

Facts – The 1936 passage takes great pains to list a number of the Convention’s delegates by name, mentioning some who are well-known, such as George Washington and Benjamin Franklin, and some who are more obscure, including John Rutledge, John Dickinson, and others.

By contrast, the 2014 passage simply mentions that there were “fifty-five” delegates, and then notes several big names who did not take part in the Convention.

While brevity is certainly a need in a large modern textbook, treating the Convention delegates as a whole downplays the fact that the founders were real individuals who gave of their time and talent to form a great nation. The 1936 text seems to recognize this fact by giving students a broader view of the lives responsible for the formation of the Constitution.

Portrayal – While both passages are quite similar, the way in which the Constitutional Convention delegates are portrayed is quite different. The 1936 text praises the delegates as “men who have not been surpassed in character and ability by anybody of equal size in the world’s history.”

The 2014 text, however, puts a negative spin on the founders, noting that the delegates “were also educated and propertied: merchants, slaveholding planters, and ‘monied men.’ There were no artisans, backcountry settlers, or tenants, and only a single yeoman farmer.”

It’s true that many of America’s founders were well-educated and, in some cases, well-to-do. But by describing America’s founders as “the elite” – and by implication, bad – do we discourage the next generation from striving after success in the academic and working world? Additionally, do we diminish the genuinely admirable accomplishments of those who formed our nation? It seems quite probable that we do.

Worldview – Finally, the two texts have subtly different undertones concerning the American system of government. The older text seems to take a distinctly federalist point of view on the activities of the Constitutional Convention by presenting the fears which inspired Sam Adams and Patrick Henry to oppose a centralized government as rational and reasonable.

Instead of upholding federalism, the modern text denounces nationalism. Such an editorial choice seems to coincide with the new AP history framework which “downplays American citizenship and American world leadership in favor of a more global and transnational perspective.”

So are the history concepts we teach today’s high school students different from those taught nearly a century ago? While it’s unfair to draw too strong of a conclusion from this one example, it does seem that the 2014 text certainly backs up the concerns of scholars. If nothing else, the differences between the two texts certainly give cause to be on the lookout for further contrasts between today’s history books and the ones which educated our grandparents.