A 200 Year-Old Warning about Education in America 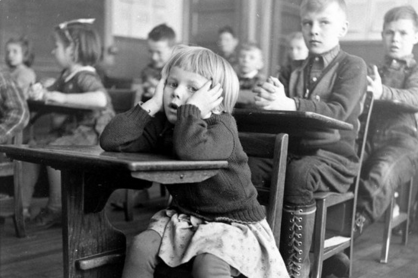 It was 1803, and America was just coming into its own. But Princeton professor Samuel Miller (1769-1850) saw trouble on the horizon in an increasingly utopian attitude toward education.

In A Brief Retrospect of the Eighteenth Century he wrote:

“On the subject of Education, the century under review has given birth to a doctrine, which, though noticed in a former chapter, is yet too remarkable and too pregnant with mischief to be suffered to pass without more particular consideration in the present. It is, that Education has a kind of intellectual and moral omnipotence; that to its different forms are to be ascribed the chief, if not all the differences observable in the genius, talents, and dispositions of men; and that by improving its principles and plan, human nature may, and finally will, reach a state of absolute perfection in this world, or at least go on to a state of unlimited improvement. In short, in the estimation of those who adopt this doctrine, man is the child of circumstances; and by meliorating these, without the aid of religion, his true and highest elevation is to be obtained; and they even go so far as to believe that, by means of the advancement of light and knowledge, all vice, misery and death may finally be banished from the earth.”

As you can see, Miller was particularly troubled by the growing belief that education was the solution to all human woes, and that extending equal educational opportunities to all would result in a continually more perfect society.

Fast forward to today, and what do we have in America?

Throughout history, what all utopian visions ultimately lack is an emphasis on human freedom. The architects of attempted utopias focus their efforts on constructing ideal structures into which they can simply plug people, or, as T.S. Eliot wrote, on “dreaming of systems so perfect that no one will need to be good.”

But, as any teacher quickly discovers, you can lead students to the waters of knowledge, but you can’t force them to drink. You can stick a child in school, but you can’t make him or her become educated. You can create an education system, but you can’t wholly manufacture an educated and moral populace through it.

Education is important. Education is very important. But it’s not a panacea, and it can’t work miracles apart from its human actors. A belief to the contrary is unfair to every school and school system.