There’s No Such Thing as an Unregulated Market 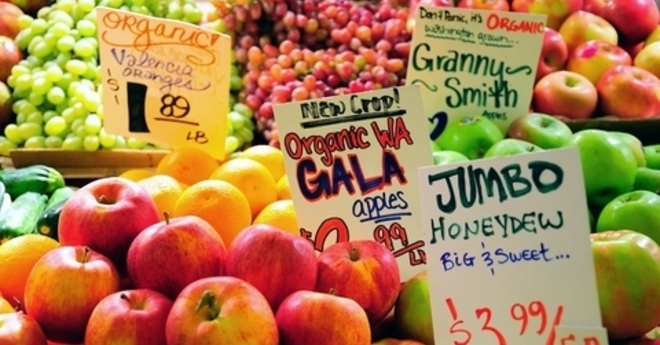 It’s a choice between regulation by legislators or by consumers

A big economic problem the world faces is semantic. That is, “regulation” has come to mean “government regulation.” We don’t seem to be aware of the alternative: regulation by market forces. That’s a problem because it leads us to accept so much government meddling that we would be better off without.

We want the aims of regulation — regularity and predictability in markets, decent quality and reasonable prices for the goods and services we buy — and thinking that government regulation is the only way to get those, we accept a vast array of unnecessary, wrongheaded, and usually counterproductive mandates and restrictions.

But government regulation is not the only kind of regulation.

To regulate is to make regular and orderly, to hold to a standard, to control according to rule, as a thermostat regulates the temperature in a building. Market forces do this continually as competing businesses offer what they hope will be a good value, then customers choose among the various offerings, then the competing businesses react to customers’ choices. That process is the market’s regulator.

To take an example of market regulation so ubiquitous that many people are as unaware of it as a fish is unaware of the water it swims in, market forces regulate prices. In healthy industries, market forces are the only regulator of prices (and it’s common in economics textbooks to find that the moment governments start to restrict prices, the result is surpluses or shortages). The terms of exchange offered by some sellers restrict the terms of exchange other sellers can offer in any realistic hope that they’ll be accepted.

If the Giant supermarket near my home is charging $2.00 a pound for red peppers, the more upscale Eddie’s Market will not be able to charge a whole lot more than that and still sell many peppers. Neither will other grocery stores or the farm stands that open nearby in the summer. All will charge nearly the same price. There is strong regularity to the prices of red peppers at any place and time. This regulation is accomplished by each seller’s reaction to the actions of his customers and competitors.

The same goes for quality. My wife won’t buy peppers that aren’t fresh and firm as long as she thinks she can get better peppers at some other store. The grocers might wish they could sell last week’s peppers that are getting soft on the shelf, but customers like my wife, along with the self-interested actions of other stores, won’t let them. Their customers’ choices and competitors’ actions restrict (that is, regulate) even the quality of produce they can offer for sale — let alone actually sell — because customers like my wife spurn stores whose produce is shabbier than that offered nearby. Stores in competitive markets cannot afford to put off customers like my wife, so they maintain decent quality, even if they would prefer not to. In this manner, market forces regulate quality.

Regulation by market forces weakens as a market becomes less free. Imagine a grocery store with a legal monopoly on red peppers. Such a store, lacking competition, could charge a wide range of prices, offer a wide range of quality, and still be able to sell. Legally, its customers would have nowhere else to turn.

The same would apply if there were competing grocery stores, but restrictions on importing peppers: the pressure on domestic producers to maintain quality and hold down price would be reduced. That is to say, quality and price would be less tightly regulated.

There is no such thing as an unregulated free market. If a market is free, it is closely regulated by the free choices of market participants. The actions of each constrain and influence the actions of others in ways that make actions regular — more or less predictable, falling within understandable bounds.

Government regulation is not the only kind of regulation; market forces also regulate. Recognizing this, communicating it to others, and getting the awareness into public discourse are key steps toward greater economic liberty.