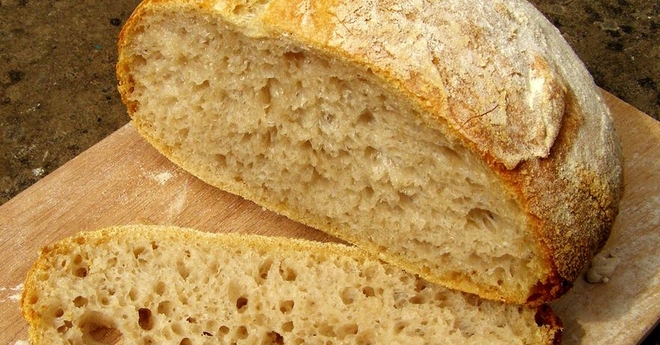 Imagine you’re out of work. But you’ve got capital in your talents, your home, and your family and friends. You might try to start a microbusiness at home to earn a little extra income and make ends meet. That is, unless you live in certain U.S. states.

A few years ago, Mark Stambler started a business in his California home that became a flashpoint in a legalization battle. That might sound like he had a few marijuana plants growing in the closet. Actually, he was making and selling bread. Yes, bread. He did it so well, in fact, that Stambler was featured in the May 31, 2011, issue of the Los Angeles Times.

The next day, Department of Public Health authorities shut him down. There was no customer complaint; Stambler was simply “not in compliance” with regulations.

Stambler decided to take food off the black market. He helped to draft the California Homemade Food Act, which went into effect in January 2013. According to a January Forbes headline, it created over a thousand local businesses.

The episode raises a host of questions. Should home businesses be regulated? Should they stay in the black market? It’s hard to say. But one impact of the Homemade Food Act is clear: When government loosens control of commerce, businesses and jobs get created. The Forbes articles explained, “In Los Angeles County, there are [now] almost 270 cottage food businesses. Statewide, over 1,200 homemade food businesses have been approved.”

California desperately needs employment. In January 2013, when the act came into effect, California’s official unemployment rate was 8.9 percent—2.3 percent higher than the national average of 6.6 percent reported by the Bureau of Labor Statistics. A separate Forbes article suggested that the national rate might have been as high as 23.0 percent.

Whatever the true figure is, people are looking to work. And yet, most states continue either to regulate home businesses out of existence or to make the requirements for entry so expensive as to be prohibitive. Consider Florida, where it is a criminal offense to cut hair without completing1,200 hours of training at a barber college at a cost of $10,000 to $15,000. By contrast, Florida’s Emergency Medical Technicians “need only about a month of training before they can be licensed,” the Sun-Sentinel reported.

Why are state and local governments generally so hostile to small industry—especially home businesses? The answer lies in the definition of the businesses themselves.

Home industry consists of gainful work conducted in a dwelling. The specific businesses are so wide-ranging as to defy classification by product or service. They include businesses based on crafts, accounting, car repairs, writing or editing, foodstuffs, pet grooming, web design, hair styling, sewing, alternative medicine, day care, and carpentry. They usually address niche markets and often involve personal contact with customers to whom there is high incentive to provide satisfaction in order to secure repeat business. Home industry is integral to the American dream because it offers a path to prosperity through hard work, merit, and innovation.

A Path to Prosperity

Home industry is particularly important to the poor for at least four reasons. First, the business overhead is usually low. Second, it allows people to use their labor as equity to develop a business for which financial or capital equity is not available. Third, it does not require higher education. Fourth, people own the means of production, such as an equipped kitchen or a garage with tools. Home industry also has the advantage of not draining the public purse—that is, production does not draw on government subsidies or privileges, which benefits individuals as producers, taxpayers, and consumers.

But does it benefit governments? It is government’s nature to control; that is its raison d’etre. It is also in government’s nature to tax. Home industries are often black-market activities through which commerce flows without government skimming off resources. Thus control- and cash-hungry governments seek to ban home industries or to legalize them with both punitive and lucrative regulations. Lucrative regulations enrich the government by establishing an income stream. The benefit of punitive regulations is often more subtle. In many cases, the high bar set for entry into a marketplace is a form of protectionism for politically favored businesses.

Crony capitalism is defined as “an economy in which success in business depends on close relationships between business people and government officials.” The two general ways in which protected businesses succeed are through protectionism and privilege. The specific ways can include the selective granting of licenses and permits, subsidies, special tax breaks, zoning, and other State interventions.

Governments protect favored businesses by discouraging home industries that would otherwise compete in the marketplace. Civil liberties watchdog The Institute for Justice (IJ) describes its economic mission: “Arbitrary licensing and permitting laws foreclose many occupations that are ideally suited to people of modest means. The Institute for Justice challenges these laws to secure constitutional protection for the right to earn a living and to demonstrate the importance of entrepreneurship.”

A dramatic example came in 2006 when IJ attacked “the Maryland Home Funeral Cartel.” Funeral homes are often family businesses in which the owners also maintain a residence. Clark Neily, a senior attorney with IJ, explained the situation then present in Maryland. The state “arbitrarily restricts who can own a funeral home. As a result, consumers pay more than they otherwise would, and opportunities for would-be entrepreneurs are blocked. Maryland’s law is a racket designed to protect the state’s funeral cartel from competition, and that’s not a valid use of government authority.”

Only licensed funeral directors and “politically favored corporations and individuals” could legally own a funeral home. The license required two years and thousands of dollars to secure. Neily continued, “But owning does not mean operating. Under Maryland law, a person is not allowed to own a funeral home even if he or she hires a licensed funeral director to oversee the funeral home’s day-to-day operations.” She likened this to saying you must be a pilot to own an airline. In October 2007, a federal judge struck down Maryland’s exclusionary law. Calling it unconstitutional, the judgeadded that the law was “the most blatantly anti-competitive state funeral regulation in the nation.”

Austrian economist Murray Rothbard summed up the purpose of government intervention. “The intervention . . . was designed, not to curb big business monopoly for the sake of the public weal, but to create monopolies that big business . . . had not been able to establish amidst the competitive gales of the free market.”

Regulation of home industry is a source of revenue and social control for government, but it is also a means by which businesses with political clout cripple their competition. There is nothing new under the sun.

Government should remove itself from all business transactions. But it is particularly important to the unemployed and to the poor that government release its choke hold on home industries.