Apprenticeship: Wave of the Future? 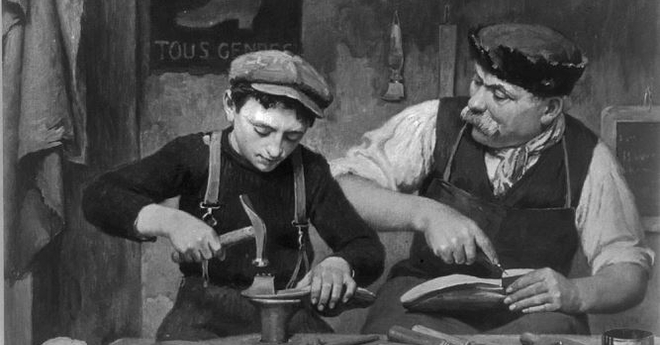 With declining academics, a tight job market, and continued outsourcing, America is increasingly looking at other countries to see how to get ahead in the world.

According to the Wall Street Journal, however, it seems that Americans are ignoring an education method that’s increasingly popular in other nations: apprenticeship.

“American businesses typically want someone else … to train their future employees,” writes Peter Downs. Such is not the case in European nations, who are once again discovering the age old tradition of providing hands-on training to produce a well-trained and capable workforce.

In Switzerland, 70% of young people age 15-19 apprentice in hundreds of occupations, including baking, banking, health care, retail trade and clerical careers. In Germany, 65% of youth are in apprenticeships; in Austria 55%. All three countries have youth unemployment rates less than half of America’s 16%.

The fact that the U.S. has ignored this trend, and actually has declining apprenticeship rates, may stem from a stigma that apprenticeship is for the “dumb kids” who can’t get grades good enough to go to college.

Yet, as Downs reports, kids in apprenticeship programs have often demonstrated a major improvement in academics:

In the Bayless School District in suburban St. Louis, for example, students who entered the district’s Middle Apprenticeship Program with the Carpenters’ Union had better attendance than before entering the program. The mean grade point average for these students was 1.7 at the end of their sophomore year, before they entered the apprenticeship program. By senior year, it was 3.13. They graduated with better attendance and better grades than did a group of similar students who weren’t in the program.

The U.S. is craving increased academic performance. The next generation is bogged down with a huge load of college debt. The economy is suffering and jobs are scarce. Would following other nations’ increased emphasis on apprenticeship programs help to resolve any or all of these problems?