WaPo Paints a Grim Picture of America’s ‘Abortion Deserts’ … or Not? 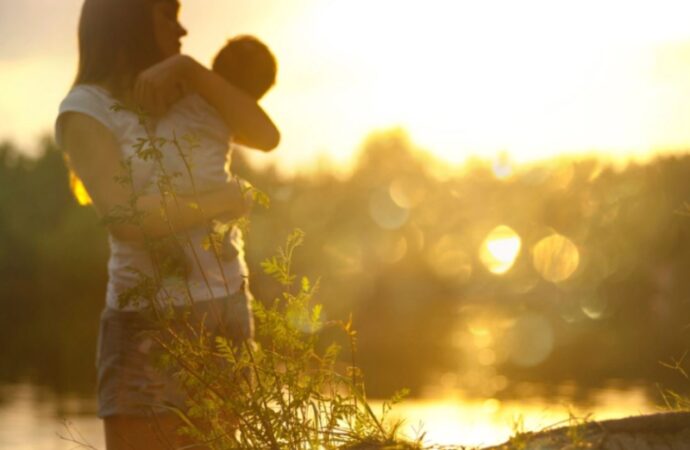 As the world awaits the U.S. Supreme Court’s decision on Roe v. Wade, America’s media has been colouring in the details of an apocalyptic landscape without access to abortion. It’s terrifying, or, to be more precise, TERRIFYING.

Article after article argues that poor women will be denied lifestyle choices, be sicker and sink even deeper into poverty. Unwanted children will ruin their lives by forcing mothers to live on government handouts, forgo educational opportunities, and take dead-end jobs. Adoption is not an option; it condemns mother and child to lives of psychological torment.

As an example of this template, take a feature in The Washington Post about Brooke Alexander, an 18-year-old from Corpus Christi, Texas. She discovered that she was pregnant with twin girls only two days before the Texas abortion ban became operative. Her mom (and dad) urged her to have an abortion, but there was no time. She booked an ultrasound at the Pregnancy Center of the Coastal Bend. “When Brooke showed up with her mom for her appointment, she had no idea she’d walked into a facility designed to dissuade people from getting abortions,” writes journalist Caroline Kitchener.

And so what happened? Brooke had the twins and then she married her boyfriend, Billy High, whose professional expertise was skateboarding. Now she gets little sleep and spends her days changing diapers. Her dreams of becoming a real estate agent have been shattered. Kitchener sums up her life of quiet desperation:

Sometimes Brooke imagined her life if she hadn’t gotten pregnant, and if Texas hadn’t banned abortion just days after she decided that she wanted one. She would have been in school, rushing from class to her shift at Texas Roadhouse, eyes on a real estate license that would finally get her out of Corpus Christi. She pictured an apartment in Austin and enough money for a trip to Hawaii, where she would swim with dolphins in water so clear she could see her toes.

Kitchener predicts that reversing Roe v. Wade will create “vast abortion deserts that will push many into parenthood.”

But if this is the best story she can find to prove her case, perhaps reversing Roe v. Wade will not be the apocalypse she expects.

First of all, despite the hard work, Brooke is delighted to have two daughters. “I can’t just really be free. I guess that really sums it up. That’s a big thing that I really miss,” she tells Kitchener. And then, without missing a beat, she says, “It’s really scary thinking that I wouldn’t have them.” She loves those two girls more than anything else in the world. So maybe she’s not so miserable after all.

Second, Kitchener paints Brooke as poor white trash, a girl who is trapped in poverty, helpless, without agency. Her husband is feckless, her mom is angry and hostile, and her dad is a former cocaine addict.

But in fact, Brooke is no longer helpless. She and her husband have a plan. He has enlisted in the Air Force and she will take care of the babies with the help of his dad. It’s risky; it’s not perfect; but it could work.

Kitchener–a Princeton graduate whose wedding was covered in the social pages of the New York Times—assumes that abortion prevents poverty. But her evidence doesn’t stack up.

Why is Brooke poor?

Because she comes from a broken home. Because she dropped out of school at 15. Because she had sex with a nice boy whom she had only known for three months. Because the best money that Billy can earn is US$9.75 an hour flipping burgers.

In fact, becoming a mother may be the best thing that Brooke ever did. She is beginning to plan for her future, their future. She loves her children to bits. She has pressured her husband into manning up and supporting his family. It’s a tough way to begin life, but it is making her mature and responsible.

Perhaps none of this is true–but these are the facts relayed to us by the national political reporter covering abortion at The Washington Post. Why the cognitive dissonance? Perhaps Ivy League alumni are incapable of appreciating the resilience of the down-but-not-out in American society.

Does The Washington Post really want to lift women out of poverty? Why not try endorsing lifelong marriage? Why not campaign to discourage divorce? Why not try helping girls not to drop out of school? Why not try promoting abstinence? Why not try lifting the minimum wage?

Sometimes I can’t help thinking that abortion rights are being marketed by privileged journalists in the elite media as opium for the masses. It gives them a virtuous excuse to ignore intractable social problems amongst those alien folks in flyover country.