Why MIT Is Reinstating Its SAT/ACT Requirement 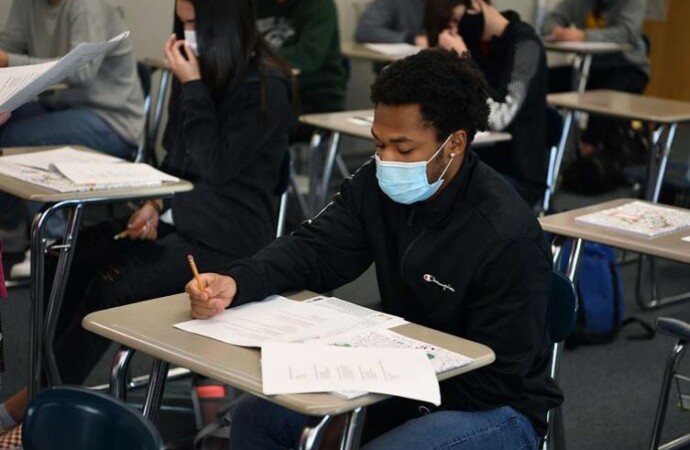 In case you missed it, on Monday MIT announced that they would be reinstating their SAT/ACT requirement for future admissions cycles. Like many universities, MIT had ditched the tests during the pandemic.

Even prior to the pandemic, however, there had been a widespread push to abandon these tests to enhance diversity.

“Data shows tests like the SAT are biased against students from low-income households. Poorer students tend to perform worse on the test,” CNN reported in 2015. “Blacks and Hispanics also consistently score lower on the SAT than whites.” (CNN conveniently left out that Asian Americans score much higher than whites, presumably because it didn’t fit the narrative.)

So will MIT’s Diversity, Equity, and Inclusion (DEI) efforts be set back because it reinstated its test requirements? Nope—at least not according to MIT.

“Our research shows standardized tests help us better assess the academic preparedness of all applicants, and also help us identify socioeconomically disadvantaged students who lack access to advanced coursework or other enrichment opportunities that would otherwise demonstrate their readiness for MIT,” wrote Stu Schmill, Dean of Admissions and Student Financial Services. “We believe a requirement is more equitable and transparent than a test-optional policy.”

Whether or not this is true is debatable, but there’s reason to believe Schmill was not merely pandering here. As some astute readers observed, there are no simple solutions to racial and gender inequity, and it stands to reason that ditching achievement tests is likely to help advantaged students with social connections more than anyone else.


Regardless, I think it’s worth examining the lens through which such policies are judged. It seems that virtually every policy enacted and decision reached is judged on its DEI impact. There’s something troubling about this.

I think many people today confuse diversity and equity with equality. They are not the same. In fact, DEI demands the opposite of equality; it demands that we treat people unequally. An authority no less than the Nobel Prize-winning economist F. A. Hayek saw through the social justice ruse.

“The classical demand is that the state ought to treat all people equally in spite of the fact that they are very unequal,” Hayek observed in an interview with Jeff Greenfield. “You can’t deduce from this that because people are unequal you ought to treat them unequally in order to make them equal. And that’s what social justice amounts to.”

This is what makes the DEI craze so dangerous. It undermines the very idea of America: that all people should be treated equally. That we are all individuals. This idea, of course, has not always been practiced perfectly in the United States. But it is this idea that made America unique, and it’s the ideal toward which we should always strive.

University test scores, like so many things today—including NFL hiring processes—are caught up in this larger battle.

This is why it’s so important to remember Hayek’s wisdom: it’s absurd to treat people unequally in the name of equality.