We Need Hard Words to Speak About Hard Realities 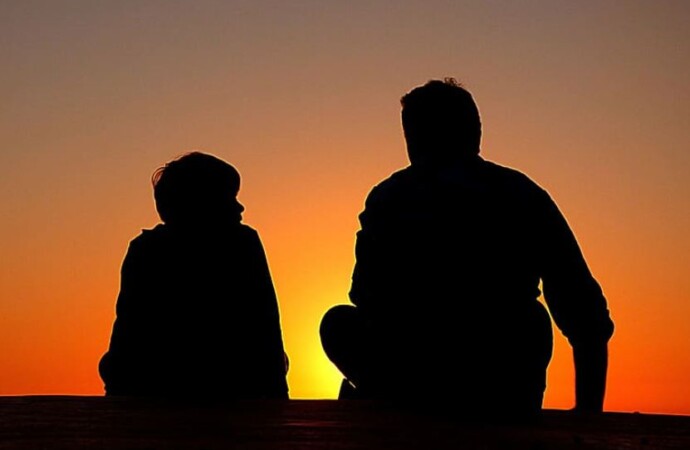 The radio news hour plays in my car: a calm, dispassionate voice, more background noise than anything. It suddenly registers that a segment on Senate Bill 8 regarding Texas abortion law—now known as the Texas Heartbeat Act—has started. My young children are in the back seat, so I turn the radio off before they become aware of the adult topic. It hits me, not for the first time, that there will come a day when I will have to explain to them what abortion is.

I’m significantly more afraid of that conversation than the “sex talk.” For all the sensitivity of the topic, sex is natural and good; abortion is anything but. I don’t want to be the one who breaks their innocence by revealing to them the depth of human depravity that is possible, but I would hate even more for that information to come from someone else who, perhaps with good intentions, would try to soften reality.

Words matter. The abortion fight, like so many others, is a fight about language. And it’s easy to become desensitized to shock-worthy issues when we are repeatedly exposed to them by means of language. Every time the professional, unemotional voice on the radio brings up “abortion rights” in a matter-of-fact, everyday sort of way, it puts a sheen on the issue. As if it’s really something that is up for debate. As if it’s normal to speak of these grave matters without weeping.

And then there’s the words themselves—pleasant euphemisms invented for an incomprehensible act. Words have meaning, and while we tend to think of them as the expression of thought, they also form thought, and therefore action. That’s why we can “talk ourselves” in or out of things. The intense horror and disgust that might push us to fight an evil can quickly subside into a merely mild distaste in the face of neutralizing language. The gut-wrenching pain of a brutal infanticide can be abstracted into legal concepts, proposed bills, and clinical jargon such as “vacuum aspiration.” It is in such a way that words can still lie in their evocation, even if we understand what they signify.

It’s not the first time in history that distancing, dehumanizing language has been used to justify genocide. The Nazis didn’t refer to the killing of Jews and other “undesirables” as “mass murder”; they called it “extermination” and “ethnic cleansing.” In the Rwandan genocide of the 1990s, the Hutu used strongly religious language, such as the Hutu Ten Commandments, to inspire hatred of the Tutsi and dehumanizing terms for them (such as “devils” and “cockroaches”) to further justify the slaughter. The harming of others usually requires seeing them as objects rather than as fellow human beings, Emma Jones wrote in her 2011 paper, “Rhetorical Weapons: The Social and Psychological Influences of Language and Labeling in Instances of Genocide.” There has to be a means of distancing oneself from one’s victims in order to carry out violent aggression, and the use of language is often a part of that process, whether applied to abortion or other historical genocides.

Now that lawsuits are likely propelling the Heartbeat Act and the question of its legality to the Supreme Court, there Roe v. Wade may possibly be overturned. But even if this happens, it’s essential to remember that legal loopholes aren’t enough; our society will not fully eradicate abortion unless we openly acknowledge the humanity of the unborn child. Either the womb carries a baby (and therefore a person entitled by the Constitution to “life, liberty, and the pursuit of happiness”) or a mere “fetus” (something not yet quite human, and therefore without rights).

It always comes back to language.

When I have the abortion talk with my children, I won’t lie to them. I won’t sugarcoat the facts, much as I’d like to. To do so would be a disservice both to them and to the millions of children who have been casualties of “a woman’s right to choose.” I will use the right words: “baby,” not “fetus”; “kill,” not “terminate”; “anti-child” not “pro-choice”; “murderer,” not “abortionist.”

Why would I use such harsh language with mere children? Because it’s our only hope. Only when we fully acknowledge—not only internally, but externally in our words—what we have done as a society can we ever hope to repent and repair it.