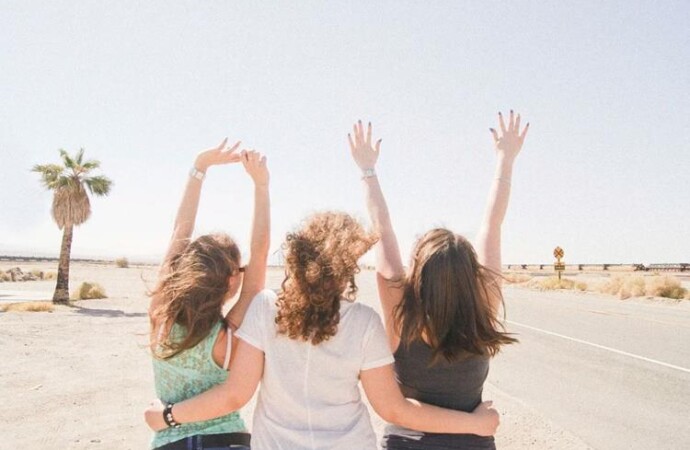 Thomas Jefferson described what would become the heart of the American spirit in a brief seven words: “Life, liberty, and the pursuit of happiness.” Many famous people in our country’s history—from the Founding Fathers to people such as Booker T. Washington, Amelia Earhart, and Ronald Reagan—have lived by those sentiments. They knew that life was precious, that liberty entailed responsibility, and that the pursuit of happiness was dependent on the freedom of choice.

But what about the rest of us, the ordinary folks living here in America? Do we still abide by those words?

I think many Americans do, as evidenced by a long email I received from a stranger, Virginia Walton, back in January. Virginia began by detailing the rough life she lived as a child being raised by a single mother. Although her mother became a severe alcoholic later in life, Virginia remembered her as “the strongest person” she knew.

[She] raised me on her own with no financial support from my father. She worked full time and cleaned houses at night to keep me in Catholic school. She managed our farm, repaired machinery, fixed things most would call a repair person for. She was an inspiration, so watching her self-destruct was painful!

Virginia’s mom died in early December 2014, found dead from hypothermia on a farm in a neighboring town. At the funeral, the eulogy Virginia delivered brought her peace and renewed her childhood love for her mother. “Sharing who my mom really was, her strength, her caring, her determination, her stubbornness and her commitment to my success was the greatest source of relief.”

In the days and weeks that followed, many women helped carry Virginia through her grief. She described them as “more than friends. They are my surrogate moms.” Other friends and family members also offered solace as she struggled with the memories of her mother’s later years and her heartbreaking death.

Over a phone call, Virginia filled me in on details from her past. She was raised on a family farm in New Jersey and still owns a part of that land. Her parents divorced when she was six, and her father chose “not to be a part of my life,” Virginia said. But her mother’s heroic child-rearing efforts more than made up for her father’s abandonment, and by following her mother’s example of hard work, Virginia graduated from Rutgers University at age 19. For 24 years, she worked in banking, where, by another dint of hard work, she rose to the position of senior vice president.

Today Virginia owns her own business, coaching executive women under the banner of “Helping Strong Women Thrive.” She is active in her church and has volunteered as a field-hockey coach for years.

Though once resentful of her mother’s alcoholism, Virginia now attributes that heavy drinking to a loss of purpose. Her mom had spent her entire life looking after others, first as a schoolgirl caring for her sick mother, then as a mother herself, then watching over her father and several neighbors. No longer needed in this capacity, she turned to drink.

“My mother raised me to be a strong, independent woman,” Virginia told me. And then, near the end of our conversation, we briefly discussed her current work as a coach for women, many of them in the corporate world. “I want them to have great success,” she said.

There was a long pause on the phone. Then she said, “I can’t believe it, but I’ve never made that connection before. So thank you.”

Over the last five years, I’ve conducted several dozen interviews, most of them by phone, with ordinary Americans. Nearly all of these men and women had faced difficult challenges, yet, like Virginia, none of them came across as defeated by their trials. They take responsibility for their circumstances and try their best to keep moving forward. All these “ordinary” people are monuments to the American spirit.

“Don’t let anyone tell you that America’s best days are behind her—that the American spirit has been vanquished,” Ronald Reagan once said. “We’ve seen it triumph too often in our lives to stop believing in it now.”

Right now, my American heroes are not sitting in Congress or in the White House. They are not making movies in Hollywood or writing for the New York Times.

No—my heroes are the average people I learn about on the phone; they are some of my friends and family members; they are the hardworking folks with good hearts that I see in my town.

And so, to Virginia and all the rest of you, I’m the one who should be saying thank you. You embody the spirit of this nation. Your strength, courage, and grit give me hope that my grandchildren will still grow up as Americans, free to pursue happiness while taking responsibility for their lives.