Trudeau Is Only the Tip of the Problem 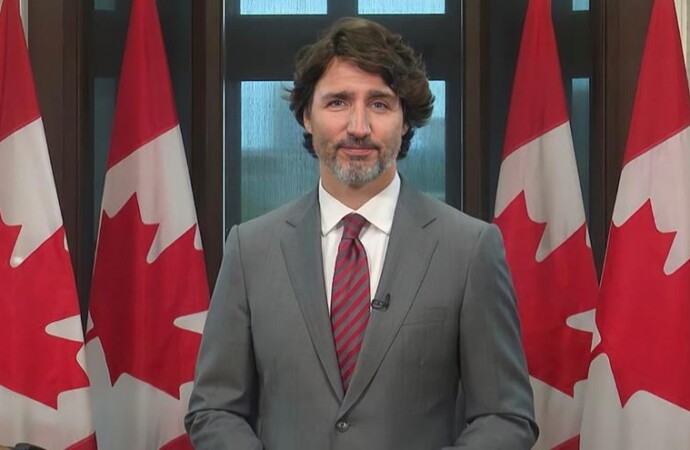 On Feb. 8, the popular YouTuber Viva Frei came across a woman in downtown Ottawa with a large picture of her son taped to her car. She didn’t give her name, but she was eager to share her story.

“This is my son Jake,” she said, pointing to the picture. “He was 34 years old, he died Jan. 1, New Year’s Day of 2021. His little girl turned a year old Christmas eve, he died at home of a fentanyl overdose, his cocaine was poisoned with fentanyl. He had been in recovery, he had been working, he had been having a really good year, one of the best years he’d had in a long time. And then these shut downs came along, and then no more work, no more gyms, no more AA meetings.”

Sadly, her story does not end there.

“Seven months later I lost my older son, 36 years old, the same thing, a fentanyl overdose. His job was gone, couldn’t leave the house. This is what Trudeau has done. This is what these lockdowns have done.”

This woman’s story is a vivid reminder of the tragic toll lockdowns have taken, a toll that has all too often been invisible. But while stories like hers were largely overlooked in the past, the Canadian Freedom Convoy is determined to bring them to light. In recent weeks, thousands of people have flocked to Ottawa, each with their own personal stories of how lockdowns and vaccine mandates have impacted their lives. Some have been merely inconvenienced. Others have lost jobs, family members, everything.

In light of these losses, one might expect a degree of sympathy from those who sit in the ivory tower that is Parliament Hill. Unfortunately, sympathy has not been forthcoming, at least not from Trudeau and his caucus. Instead, Trudeau described the protestors as a “small fringe minority” who are “holding unacceptable views,” and later referred to them as “a few people shouting and waving swastikas.”

The media, for their part, haven’t been much better. Indeed, the disconnect between the establishment narrative and the truth on the ground is about as stark as it gets. This Globe and Mail Op-Ed, for instance, argues that “the alt-right has weaponized ‘freedom’ to undermine democracy.” Yes, that’s an actual article about the trucker protests. Meanwhile, the Washington Post has called the convoy a “stunt,” and numerous other outlets have been similarly disparaging of the movement.

It’s hard to say whether the mainstream narrative is wrong merely out of ignorance or whether it’s intentional propaganda. Most likely, it’s some combination of the two. Either way, the good news is that more and more people seem to be waking up and developing a very justified cynicism toward politicians and corporate media.

We Don’t Have a Trudeau Problem, We Have a Government Problem

As heartening as it is to see people standing up for freedom, the sad reality is that government interference in our lives has become a regular occurrence in recent decades. Even if we successfully protest certain measures, governments always seem to come up with new excuses to raise taxes, burden us with red tape, and restrict civil liberties.

Unfortunately, most political movements opposing these kinds of measures only target the administration of the day and not the system itself. The trucker protest is no exception. Of course, Trudeau has been particularly overbearing. But the truth is, all government power is a threat to freedom—not just when it pertains to COVID, and not just when it’s wielded by Trudeau. When the government keeps trampling on freedom no matter how many times it gets new management, there comes a point where one must consider the possibility that the problem goes deeper than the current management.

So if new leadership won’t stop the State from violating liberty, perhaps a new voting system is needed, or even a new form of government? It’s an interesting idea, but as Murray Rothbard points out in his essay Anatomy of the State, even that is unlikely to solve the problem.

“Of all the numerous forms that governments have taken over the centuries,” Rothbard writes, “of all the concepts and institutions that have been tried, none has succeeded in keeping the State in check. The problem of the State is evidently as far from solution as ever. Perhaps new paths of inquiry must be explored, if the successful, final solution of the State question is ever to be attained.”

Rothbard’s point is hard to swallow, but it’s worth taking seriously. If we want true, lasting freedom, it’s going to require genuine structural change. The system we have is broken. The “checks and balances” we thought would protect our freedoms aren’t working. If the past two years haven’t made that clear, I don’t know what will.

So rather than seeking salvation in Constitutions, Charters, politicians, and judiciaries, we need to step back and reevaluate the system as a whole. We need to take this movement as an opportunity, not just to call out Trudeau and end the COVID regime, but to rethink the principles upon which this country is founded.

To that end, Rothbard’s For a New Liberty might be a good place to start.