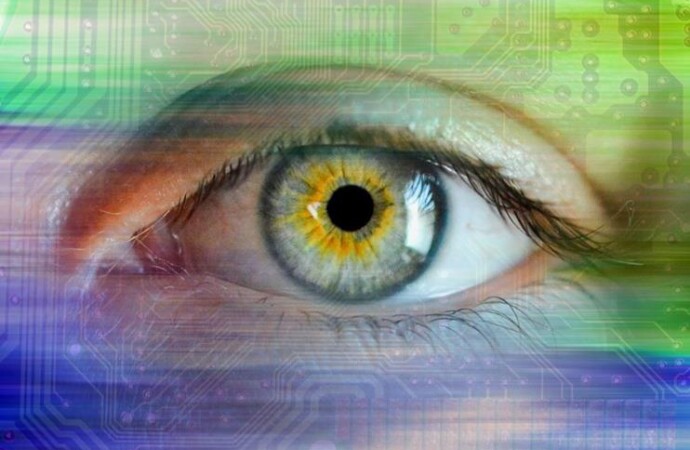 The Central Intelligence Agency has secretly been running mass surveillance operations to collect data on Americans, according to a newly published letter written by Sens. Ron Wyden (D-Ore.) and Martin Heinrich (D-N.M.).

Wyden and Henrich, both members of the Senate Intelligence Committee, wrote the letter in April 2021, and the letter was partly declassified on Thursday.

In the letter, Wyden and Henrich called on the CIA to inform the public about the data collection program, calling for full transparency.

“This declassification is urgent,” the senators wrote.

The CIA responded to the allegations in a statement published by the Wall Street Journal.

“CIA recognizes and takes very seriously our obligation to respect the privacy and civil liberties of U.S. persons in the conduct of our vital national security mission, and conducts our activities, including collection activities, in compliance with U.S. law, Executive Order 12333, and our Attorney General guidelines,” said Kristi Scott, the agency’s privacy and civil liberties officer. “CIA is committed to transparency consistent with our obligation to protect intelligence sources and methods.”

The allegations from Wyden and Heinrich are serious, but the extent of the danger and severity is clouded by several factors, not the least of which is the fact that the letter is highly redacted.

So I’d encourage readers to review the redacted letter themselves, as well as the press release that accompanied its declassification. Nevertheless, here are a few important takeaways.

As Politico noted, the CIA “is largely prohibited by law from engaging in domestic spying,” which makes the revelations troubling. But, as the Wall Street Journal reports, at times intelligence agencies have found ways to circumvent these prohibitions, noting that “some U.S. intelligence programs collect broad streams of internet or telephone data in a way that can scoop up information on Americans, such as when someone is communicating with a target of surveillance who lives overseas.”

This is known as “incidental collection,” and it’s an issue lawmakers in both parties have flagged as a violation of civil liberties and personal privacy.

2. The Nature of the Surveillance Is Unclear

Several publications have pointed out that the nature of the surveillance isn’t really clear. Yet the language in the redacted letter suggests the program involves nontraditional surveillance, noting data collection is done in “bulk” and uses “backdoor searches of Americans, the same issue that has generated bipartisan concern in the FISA context.”

As the ACLU says, this implies the spy agency may be “vacuuming up” vast amounts of information “to spy on Americans” and storing it indefinitely.

3. The Surveillance Is Warrantless

While the nature of the surveillance is murky, Sens. Wyden and Heinrich make one thing clear. The information being collected is “warrantless,” meaning the data are being “scooped up” without a warrant.

This directly violates the 4th Amendment of the U.S. Constitution, which states, “The right of the people to be secure in their persons, houses, papers, and effects, against unreasonable searches and seizures, shall not be violated, and no warrants shall issue, but upon probable cause, supported by oath or affirmation, and particularly describing the place to be searched, and the persons or things to be seized.”

4. The Program Appears to Be Unlawful

While what constitutes “spying” is debatable, but Wyden and Henrich suggest that the program may have exceeded its lawful bounds.

While the Senators don’t use the words “unlawful” or “illegal,” they suggest the program may be just that, noting it falls “entirely outside the statutory framework that Congress and the public believe govern this collection… .”

What the precise “statutory framework” is isn’t spelled out here, but it’s safe to say that Wyden believes the CIA is acting outside of that scope.

5. The CIA Is Acting Without Oversight

While there has been a great deal of discussion on the idea that the FBI’s FISA warrant process is “broken,” it’s worth noting that at least that program had some judicial oversight (weak as it often was).

Wyden and Henrich suggest this is not the case with the CIA’s data collection program, which they say operates “without any of the judicial, congressional or even executive branch oversight that comes from [the Foreign Intelligence Surveillance Act].”

Finally, it’s worth noting that this is not the first time Wyden has clashed with the CIA over rogue operations.

In 2016, the Senator from Oregon had a heated exchanged with then-CIA Director John Brennan over the CIA’s improper search of Senate files, including the unauthorized search of the emails of Senate staffers investigating the CIA’s use of torture in the War on Terror. Brennan denied the CIA’s actions were improper, even though both a CIA Inspector General and a review board appointed by Brennan himself conceded “the search resulted in inappropriate access to the Senate’s work product,” prompting a sharp rebuke from Wyden.

In 2013, Wyden also asked Director of National Intelligence James Clapper if the NSA collected “any type of data at all on millions or hundreds of millions of Americans?”

Clapper responded, “No, sir … not wittingly.”

It was later revealed the NSA was in fact collecting metadata on millions of law-abiding Americans without warrants.

‘The Rule of Nobody’

Many thinkers have written about the dangers of bureaucracy, a system in which important decisions are made not by individuals or even elected representatives, but state officials.

The famed writer and traveler Alexis de Toqueville saw bureaucracy as the Achilles heel of modern democracy. A century later, the great economist Ludwig von Mises wrote an entire book about its nature and evils: Bureaucracy.

My personal favorite description comes from the philosopher Hannah Arendt, who described bureaucracy as the rule of Nobody, “a tyranny without a tyrant,” which she described as the most oppressive kind of government.

“Indeed, if we identify tyranny as the government that is not held to give account of itself, rule by Nobody is clearly the most tyrannical of all, since there is no one left who could even be asked to answer for what is being done,” Arendt wrote in On Violence. “It is this state of affairs which is among the most potent causes for the current world-wide rebellious unrest.”

The tentacles of the U.S. bureaucratic state do not reach as far as those of socialist states in the 20th century—the period in which Arendt wrote—but as early as the 1930s government reports have warned about “a headless ‘fourth branch’ of the Government, responsible to no one….”

That was more than 80 years ago.

Now we have a secret CIA program that has been spying on Americans free from any kind of oversight for an undetermined length of time. This sounds just a bit like the terror Arendt described.

What happens next, however, is unclear.

The list of U.S. intelligence scandals and “improper” programs has grown lengthy in recent years, but accountability has been elusive. We’ll see if this time is any different.