It’s Irrational to Send Our Sons to War With Ukraine 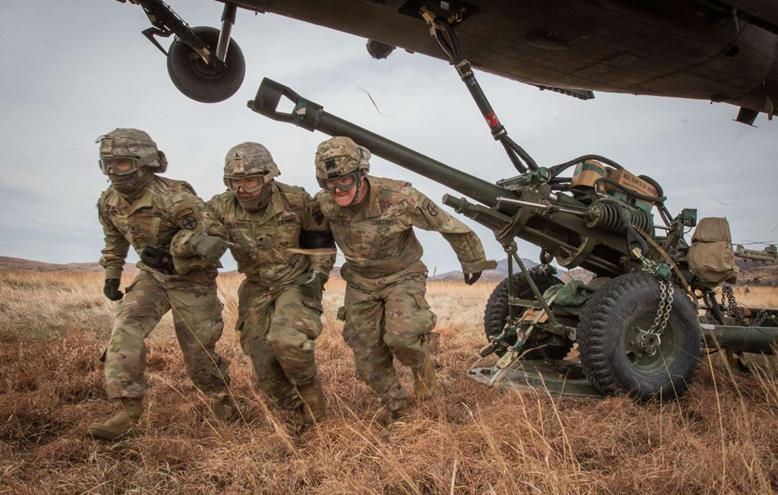 “I ain’t got no quarrel with them Viet Cong,” Muhammad Ali famously said when asked about his opposition to the draft and the Vietnam War.

Well, I ain’t got no quarrel with them Russians either.

We seem to be inching closer and closer to a war with Russia over Ukraine. No one in our government offers much of an explanation as to why we should do battle with Putin and his military over a country that many Americans couldn’t find on a map, much less care a rap about. The extent of our government’s rationale to fight yet another war thousands of miles from home and on the Russian doorstep seems to be nothing other than “Putin Bad.”

Some commentators believe that the Biden administration may be desperately looking for a casus belli—or a situation to justify war—to distract Americans from Biden’s track record. In one year, Biden’s administration has done tremendous damage to this country and is now looking for any excuse to shift voter attention away from disasters ranging from Afghanistan to inflation to COVID policies to our own southern border crisis, and the list goes on.

Here’s the thing: I don’t want American soldiers coming home in body bags … as distractions. I also don’t want our military, where morale and fighting spirit seem dampened these days, fighting against a powerful Russian military on its own border. The supply logistics alone are a nightmare.

Yet that nightmare is looking like a very real possibility. At American Greatness, Julia Gorin describes a horrific conversation with, of all people, her hair stylist, who casually mentions that a high-ranking Air Force officer who had come in that morning for a cut, told her out of the blue that the United States was preparing for war with Russia over the Ukraine. This officer, whom the stylist’s boyfriend has known for 35 years, has been coordinating with the Marines over the exchange of various weapons.

Like other observers, Gorin sees such a conflict as a means to take our attention off the failed policies of the current administration.

If we were talking about a war to defend Taiwan, my views might be entirely different. We have a long relationship with the free citizens of Taiwan. We also share strong economic bonds. That tiny country is the world’s largest manufacturer of chips—I don’t mean Doritos—and these are vital to our national security. We have a very real interest in the survival of that island nation.

And yet, despite all the Chinese saber-rattling of the last year, our government continues to take aim at the Russians. Ask yourselves why that is. Could it possibly be that American politicians and corporations are in cahoots with the Chinese? Are some of our elites victims of Chinese blackmail? Why are they bending over backwards to please the Chinese while threatening the Russians?

Like many Americans, I have a personal stake in opposing a war with Russia. He’s called Michael, and he’s my 16-year-old grandson, a physically strong kid who plays soccer and rugby and who excels academically. Whatever he decides to do with his life, I anticipate great things from him.

That won’t happen if he dies in some faraway place as a distraction.

So a note to our government: If you want to send my grandson off to war, or any of my other grandchildren, then you’d better have an incredibly good reason for putting them in a uniform, handing them a weapon, and shipping them off to kill or be killed. You’d better show me, and every other parent and grandparent in this country, precisely how and why those sacrifices will benefit or save this country.

The Greek historian Herodotus once wrote, “In peace, sons bury their fathers. In war, fathers bury their sons.”

And in war, grandfathers bury their grandsons.