In Ukraine, the American Security State Must Face a Difficult Reality 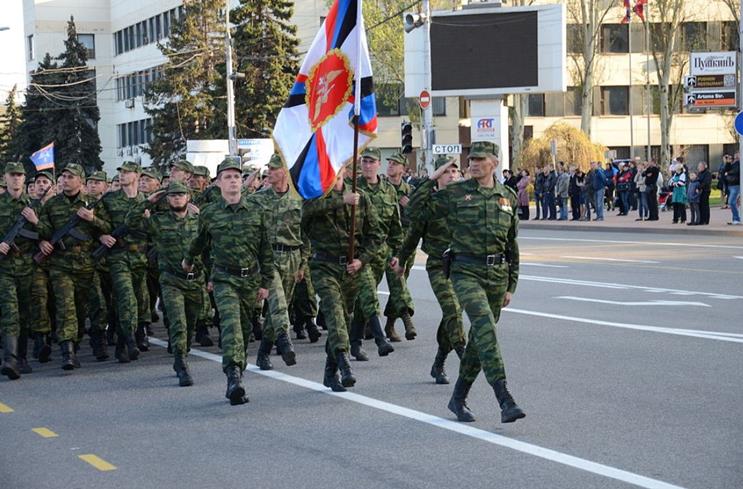 After weeks of vague threats and halfhearted condemnations, the United States government seems to have made its first clear decision on how to respond to the escalating Russia-Ukraine crisis: back out. Over the weekend, the American embassy in Kiev announced it would evacuate nonessential personnel.

At the same time, the U.S. put more than 8,000 troops on alert for potential deployment—not to Ukraine, but to neighboring European countries, the Pentagon said. America is turning up the pressure in the region without directly affecting Ukraine’s situation, and for the first time in decades, the U.S. presence in Ukraine would actually decrease a bit, and none too soon.

The American foreign policy apparatus, a tool for instigating societal instability and regime change across the world, does not belong in Ukraine. The crisis there is the result of corruption among Ukraine’s elites, lack of vision within the Russian state, and interference by the West. Resolving the terrible situation that has developed in Ukraine is a task for the people living there and for the neighboring nations with shared cultures, languages, and history—not for Western policymakers.

Ukraine and Russia are at bitter odds, but they have closer ties with each other than does any Western country with either of them. As the USSR fell apart in 1991, Ukrainians eagerly tossed aside the failing communist system that they, like Russians, had endured for 70 years: 90 percent of voters endorsed independence in the referendum that year. But they also elected former Communist official Leonid Kravchuk to be their president. Opportunistic and duplicitous, Kravchuk represented Ukraine at the dissolution of the USSR. He then turned to America for backing, negotiating with the first Bush administration to turn over Ukraine’s nuclear weapons in exchange for a $110 million line of credit to buy American commodities.

This agreement opened the door to Western business interests, who could now begin extracting wealth from Ukraine as they already were from Russia. And while the rise of Vladimir Putin returned some order to the Russian economy, domestic oligarchs and foreign interests in Ukraine continued amassing wealth and influence unabated. The result is that powerful non-state actors hold great sway over the country’s internal affairs.

Just last summer Ukrainian authorities announced that a firm owned by billionaire Ihor Kolomoisky had illegally forced the shutdown of a solar power plant run by TIU Canada, a Western company, by disconnecting it from the power grid. The incident is reminiscent of the hostile business takeovers that were common in post-Soviet states during the 1990s. Those involved legal machinations, bribery, and hiring masked men with guns.

Kolomoisky is the textbook post-Soviet oligarch: a man who seized as much as he could in the chaos of privatization. He has also used his wealth to fuel the Ukrainian civil war. When the Russian-majority regions in the east declared independence in 2014, following the US-backed coup in Kiev, private militias joined the Ukrainian army in the failed attempt to retake them. Kolomoisky pumped millions of dollars into these warbands and claimed to have the approval of the Ukrainian government, though he has since fallen out of favor with them. Some of these militias went on to commit atrocities against prisoners of war and civilians.

Ukraine’s political leadership is as crooked as its billionaire class. President Zelensky, who the West hails as a protector of democracy, has condoned the prosecution of his two leading rivals: legislator Viktor Medvedchuk, under house arrest on flimsy accusations of treason, and former President Petro Poroshenko, who also faces treason charges.

Western leaders have said little about Zelensky’s power grab. On the contrary, they continue backing him, not only with words but with military aid. NATO is encouraging Zelensky to act aggressively, even though it’s clear that the West won’t actually go to war over Ukraine. It’s an approach that increases the likelihood of conflict while also ensuring maximum bloodshed.

The prospect of such a war should sadden even the most ardent nationalists on both sides. The French novelist Victor Hugo once said that any war between Europeans is a civil war, and this principle is especially true for the border neighbors of Russia and Ukraine. The two peoples were effectively one from the 18th century until the Russian Revolution, when the Bolsheviks adopted an “indigenization” policy, suppressing Russian identity. But when the regime failed to coerce land-owning farmers, it brought the hammer down on Ukraine. At the direction of Joseph Stalin, a Georgian, and Lazar Kaganovich, a Ukrainian, Soviet authorities waged the Holodomor, or extermination by hunger, against Ukrainians. To this day, many still hold an understandable, if misdirected, grudge against Russia for this.

Despite this, the two peoples still have much in common. Most Ukrainians speak Russian or a mix of the two languages. In both countries, Orthodox Christianity is the dominant faith. The two nation’s differences are real, but not immutable. Rather, they are minimized or exaggerated depending on the prevailing political climate.

In recent years, the Russian state has emphasized its historical ties with Ukraine. But this belated outreach effort is handicapped by Russia’s own failure to win over Ukrainians after 1991. Perhaps it was Russia’s veneration of the Soviet victory in World War II that made it hesitant to address earlier communist atrocities such as the Holodomor. Perhaps it was an unwillingness to complicate the historical memory of middle-aged Russians, who grew up in a much less brutal post-war USSR. Whatever the reason, bringing Ukraine back into the Russian world would be difficult and millions of Ukrainians may be separated from the historical Russian nation forever.

Even if the U.S. were genuinely trying to help the Ukrainian people, it would encounter a minefield of historical cultural conflicts amplified by the current blood feud. Instead of egging on Ukraine’s corrupt leaders against an opponent who will crush them, America should back off from the region altogether and focus on resolving its own pressing domestic troubles instead.