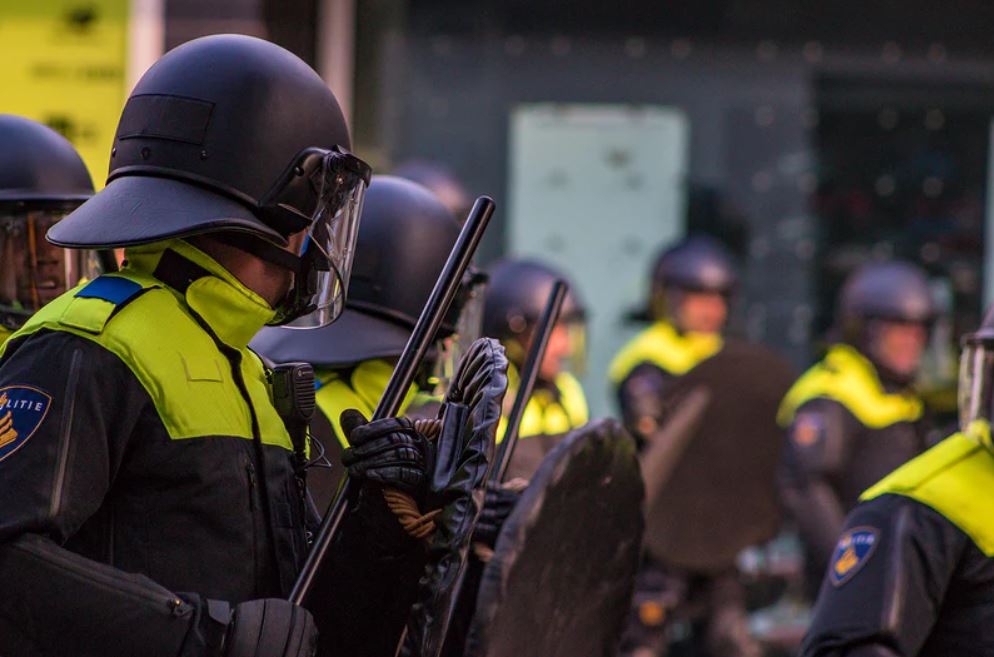 For many, the answer is clearly no, concedes the study’s author—Ross Mittiga, an assistant professor of political theory at the Pontifical Catholic University of Chile. But Mittiga, in the abstract to the study, suggests otherwise:

“While, under normal conditions, maintaining democracy and rights is typically compatible with guaranteeing safety, in emergency situations, conflicts between these two aspects of legitimacy can and often do arise. A salient example of this is the COVID-19 pandemic, during which severe limitations on free movement and association have become legitimate techniques of government. Climate change poses an even graver threat to public safety. Consequently, I argue, legitimacy may require a similarly authoritarian approach.”

The study caught the eye of Alexander Wuttke, a Twitter user who studies political behavior at the University of Mannheim in Germany.

“In my reading, it explicitly argues that we must put climate action over democracy and adopt authoritarian governance if democracies fail to act on climate change,” tweeted Wuttke.

In an extensive thread, Wuttke explained why he disagrees with Mittiga.

“I am genuinely puzzled about the origins of this anti-democratic intuition that seems to give rise to the entire endeavor of exploring whether we should sacrifice democracy for the sake of a higher good,” Wuttke says at one point. “The article argues that crises not only can legitimize but may require authoritarian governance. This is not true. Democracies have fought the pandemic without giving up being democratic.”

In a rare (and refreshing) display of civility for Twitter, Mittiga said he appreciated Wuttke’s thoughts and thanked him for “his good will in sharing these comments with me before posting.” In his own thread, Mittiga sought to address what he said were “several mischaracterizations or confusions” in Wuttke’s comments.

“The relevant question is *not* whether giving up democracy was somehow necessary for addressing the emergency (in this case, COVID-19). Clearly, it was not, and I certainly never suggest as much in the paper,” Mittiga explains at one point. “Rather, the real question—the one that gets at what I tried to argue—is whether democracies have addressed the emergency in purely democratic, rights-respecting ways. The answer is, of course, that they have not.”

For those interested in capturing the nuance of the differences in what Mittiga says he meant in the study versus what Wuttke believes he wrote, I suggest a careful review of their threads (and the study itself).

However, Mittiga’s own description speaks for itself. He says that COVID-19 clearly resulted in “severe restrictions on rights of free movement, association, religious practice, and even speech,” all of which “are authoritarian in nature, though, I would argue, they have often been nonetheless legitimate.”

Mittiga then explains that governments that failed to take authoritarian steps to mitigate the threat of COVID are perceived as “less legitimate. (Think here of the Trump or Bolsonaro governments.)”

“I believe the same is true with respect to climate change,” Mittiga explains. “Those governments which are able but unwilling to confront the climate crisis—which poses one of the greatest threats to safety and security we have ever faced—are, for that reason, less legitimate.”

Whatever nuances Wuttke may have missed in Mittiga’s study, it’s clear that Mittiga is in fact arguing that “legitimate” governments should shun democratic principles and civil liberties and embrace authoritarianism to confront challenges such as climate change.

The Lesson of Crises

It’s a cynical take, to be sure, but it contains more than a nugget of truth. Progressives have long been frustrated by the American system, which was designed to disperse centralized power, something they feared above all else.

“The accumulation of all powers, legislative, executive, and judiciary, in the same hands, whether of one, a few, or many, and whether hereditary, self-appointed, or elective, may justly be pronounced the very definition of tyranny,” James Madison wrote in The Federalist Papers.

For this reason, the Founders created a federalist (decentralized) system with numerous checks and balances. That system endured stubbornly for generations, but over the course of the 20th century the checks and balances eroded—not so much slowly as sporadically.

In his book Crisis and Leviathan, economist Robert Higgs points out that there’s a pattern to the erosion of constitutional limits on power: they happen during crises. In 2020, the crisis was the pandemic, which precipitated lockdowns and the most widespread infringements on economic freedom in U.S. history (which saw the top 1 percent accumulate a record percentage of wealth).

Mittiga is not wrong when he asserts the pandemic resulted in authoritarian “restrictions on rights of free movement, association, religious practice, and even speech.” But he may not realize this is part of a pattern. As Higgs shows, the erosion of civil liberties and the biggest power grabs in history came during periods of crisis.

World War I brought the draft, crackdowns on “disloyal” speech, unprecedented government propaganda, the chilling Palmer Raids, and much more. The Great Depression gave birth to the New Deal. World War II brought (again) the draft and Japanese internment camps, and more. Korea brought the nationalization of steel mills. The 9-11 attacks spawned the War on Terror and the Patriot Act.

These are hardly the only examples. What’s important is that crises have historically served as the catalyst for authoritarianism, and, as Higgs notes, the emergency powers often persist long after the emergency has abated.

Higgs refers to this phenomenon as “the ratchet effect,” which suggests that governments simply lack the will or ability to roll back bureaucratic power strengthened for supposedly temporary needs, giving credence to James Madison’s prophetic warning that a free people would be wise to guard against “the old trick of turning every contingency into a resource for accumulating force in government.”

A brief reading of history shows that there will always be a crisis, conflict, or catastrophe around the corner that those in power will use as a pretext to violate the very liberties governments are supposed to protect—and if there’s not one, you can bet they’ll find one.