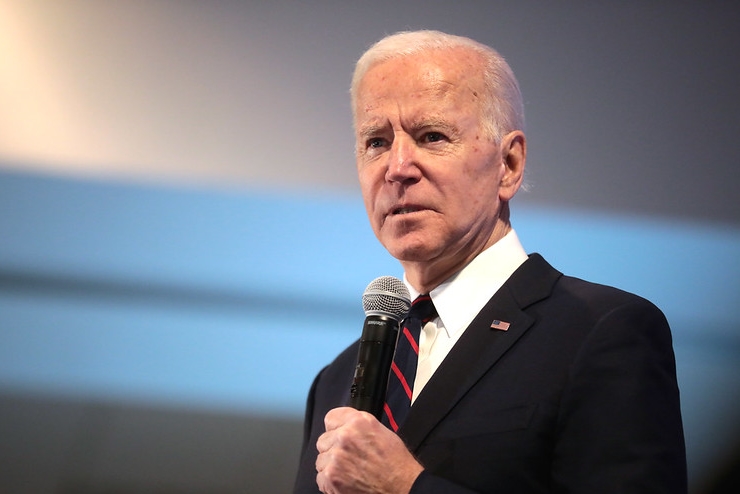 As President Joe Biden’s poll numbers sank this fall, and the presidentially ambitious in his party began to stir, the White House put out the word. Forget all that 2020 campaign chatter about Biden being a “transitional president.” He intends to run and win a second term. Well, perhaps. Yet, skepticism abounds.

First, if Biden ran in 2024 and won, his second term would extend to January 2029, when he would be 86 years old. He is already, at 79, the oldest president in history. Does Biden look like a signal-calling quarterback with seven years of playing days ahead of him? When one views his diminished mental capacities and the issues menu before him, it seems a certainty that we are not looking at a two-term president.

First, there is the pandemic. With the death toll now exceeding 800,000, and the number of COVID-19 cases reaching 50 million, more Americans have died of the coronavirus under Biden than under former President Donald Trump. Over 1,000 Americans are being daily added to the death toll. In a New York Post poll, approval of Biden’s handling of the pandemic has already fallen from 69 percent on Inauguration Day to 53 percent today.

Another menu item is the economic crisis induced by the pandemic. Inflation under Biden has soared to 6.8 percent, and at the Federal Reserve, there is talk of three interest rate hikes in 2022. What does this mean? Not only are the prices of gasoline and groceries rising beyond the capacity of millions of families to pay, but for every $100,000 in cash savings of every Middle American family, nearly $7,000 will have been wiped out in Biden’s first year. And the Biden inflation is no longer spoken of as “transitory.” For his handling of inflation, Biden has an approval rating of 28 percent, with two-thirds of all Americans, 69 percent, disapproving of the job he is doing.

On the crime front, our major cities are now setting new records for shootings, stabbings, homicides, and murders. Cable and TV news carry regular videos of “flash mobs” invading and looting downtown stores and fleeing before the police arrive. In Biden’s America, civilization itself seems to be breaking down.

How do the American people think Biden is handling crime? As a Delaware senator in the 1990s, Biden was seen as a law-and-order Democrat who helped enact some of the toughest anti-crime and pro-cop legislation of the decade. Yet, today, when even San Francisco’s Nancy Pelosi is decrying the “smash-and-grab” mob attacks on her city’s retail stores as reflecting an “attitude of lawlessness,” 3 in 5 Americans, 61 percent, disapprove of how Biden is handling the crime issue.

On taking office, Biden discarded the Trump immigration policies that had held back the flood of illegal migrants into the country. Now the southern border is bleeding as never before. In Biden’s first year, migrants have been crossing at a rate of close to 2 million a year. Scores of thousands of “got-aways”—unknown homeland invaders who evade any contact with U.S. authorities—have vanished into our population since Biden took office. And they are coming now not only from Mexico and the Northern Triangle—Honduras, Guatemala, El Salvador. They are coming from every continent and every country on earth. We are becoming what President Teddy Roosevelt warned America would become if it failed to manage its immigration well—”a polyglot boarding house for the world.”

“The first panacea for a mismanaged nation is inflation of the currency; the second is war,” said Ernest Hemingway. “Both bring a temporary prosperity; both bring a permanent ruin.”

Biden is going to have to negotiate a modus vivendi with Russia on Ukraine and China on Taiwan, after a Beijing-Moscow summit where Chinese President Xi Jinping declared that the two countries have established a relationship that “in its closeness and effectiveness … even exceeds an alliance.”

Eleven months from now, Biden faces congressional elections. Almost surely, they will cost him his majority in the House and leave him at year’s end an 80-year-old lame-duck president whose legislative agenda will have to meet with the approval of the new speaker, Kevin McCarthy. So where will we and Biden be at New Year’s Eve 2023?

We will have an octogenarian president, in even more visible cognitive decline, faced with intractable issues of crime, a bleeding border, a pandemic, and an inflation with which he has been unable to cope. And, like William Howard Taft in 1912, Harry Truman in 1952, Lyndon Johnson in 1968, Gerald Ford in 1976, Jimmy Carter in 1980, and George H. W. Bush in 1992, Biden will, if he decides to run again, face a challenge in the Democratic primaries. Biden won’t get a pass.

It may be time to consider a retirement announcement.