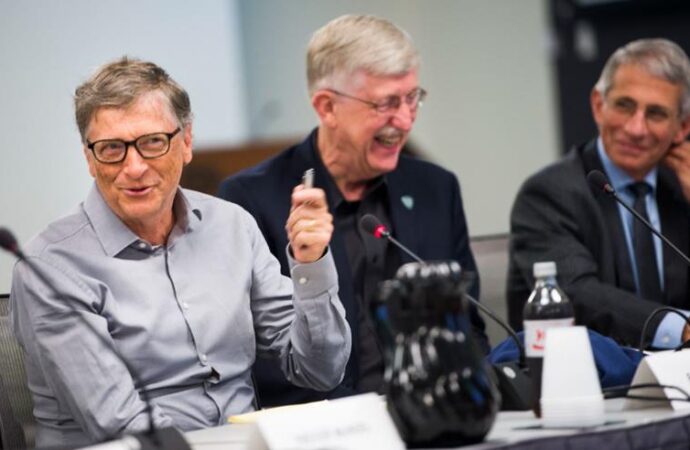 Long ago I read in some biography or study of William Faulkner that he and a friend were driving down a country road at night during a driving rain storm. Suddenly the car plunged into a flooded pond. After the two men waded to shore, his friend asked, “Bill, right before we hit the water, I thought I heard you say something. What was it?”

This story probably lodged itself in my memory because of its humor and what it reveals of Faulkner’s personality. But lately I’ve thought of that story in the harsher light of our COVID-19 pandemic, the masks, the vaccine mandates, and all the other details of this mess.

Our elected officials, our bureaucrats, some in our medical establishment, school boards, and other entities keep driving the COVID bus down the highway with no apparent destination in mind and no intention of stopping. Whether the rest of us like it or not, whether we’re vaxxed or unvaxxed, we’re going along for the ride. Even Floridians, who are largely free of pandemic mandates and fiats, will find themselves prevented from entering theaters, restaurants, and many stores in places such as New York or California unless they can produce the magic vaccine passport.

Now, however, that bus has hit a snag. The Fifth Circuit Court in New Orleans threw a spike strip across the highway on Friday, Nov. 12. Savaging President Biden’s vaccine mandate, the Court pointed out that the mandate is likely unconstitutional, and then tore into some of its ridiculous demands and parameters.

In one brutal paragraph after another, the Court rips apart the mandate, citing law, facts, OSHA precedent, and even a Ron Klain tweet. It’s a tour de force that makes it unlikely that any halfway honest court can or would resuscitate the mandate or that either OSHA or even Congress could try again.

Here is one outtake from the Court’s decision that Widburg cites:

[R]ather than a delicately handled scalpel, the Mandate is a one-size-fits-all sledgehammer that makes hardly any attempt to account for the differences in workplaces (and workers) that have more than a little bearing on workers’ varying degrees of susceptibility to the supposedly ‘grave danger’ the Mandate purports to address.

So now we must ask: Will the administration, OSHA, and the rest of our bureaucrats heed the Court? And if not, what are the consequences of that disobedience for our entire system of government?

The same day of the Court’s decision, Nov. 12, the United Nations climate change conference in Glasgow, Scotland, COP26, came to an end. The thousands of attendees, many of whom had arrived on private jets, flew home to continue their war on fossil fuels.

The conference was largely a failure, CBS News reports, with few policy gains and a lack of consensus. Meanwhile, some countries like China resist cutting their carbon emissions. Whether or not we agree that the earth is warming up, most of us must wonder how lowering the level of pollution in the United States and thereby lowering standards of living can possibly do any good if China continues building coal plants at its current frenetic pace.

But what if our government ignores that circumstance and decides to declare “war on climate change,” the way we once declared a war and poverty and a war on drugs, both of which we apparently lost? The White House and bureaucracies could easily take some lessons from the pandemic and the way most Americans obediently submitted to demand after demand designed to change their behavior. What if they decide to apply those same tactics to the use of gasoline and heating oil? They might easily declare global warming an emergency and issue ration cards or, more simply, they might cut back on the availability of fossil fuels, as they already have, and let the surging costs of these commodities force citizens to self-ration.

For years in this country, we have watched a shift of power from the Congress, which is supposed to be our legislative branch, to the executive branch. Equally as dangerous as the power given to the President of the United States are those powerful bureaucracies that make and impose their own laws and regulations on our citizenry. Unless this trend is reversed, the future of this country remains uncertain and in jeopardy.

But we do know one thing for certain:

Only our courts, our legislatures, and we the people can bring that bus to a grinding halt.