The False Masters of Morality 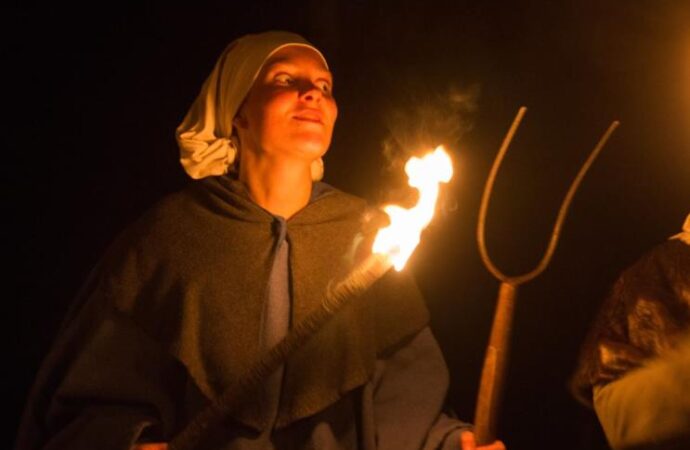 It became fashionable in the 18thcentury and through part of the Victorian Era for the well-to-do to visit the rudimentary insane asylums of that time. They would pay a fee to enter these institutions—London’s Bethlehem Hospital, eventually known as “Bedlam,” charged a shilling for these tours—to sneer and jest at the antics of the inmates. These mental asylums were like theme parks, Christy Box writes in her Ranker article on the topic, citing historian Michael Jay:

Particularly on Sundays and ­holidays, the scene in the galleries could be boisterous and rowdy. Like a ghost train or a freak show, or indeed the surgery and autopsy, demonstrations that were also on offer to the London public—it offered an extreme but safely contained experience, and a stage on which high-spirited visitors could perform acts of daring or display their wit.

Those of us in the 21st century likely cringe when we read of such exhibitions. How could human beings mimic and poke fun at the mentally ill? What was wrong with those people? And they actually attended public autopsies?

This judgment is undoubtedly right, but some Americans go a step or two farther in their condemnation of the past. They tear down statues, banish or bowdlerize books, and mock even our founding documents. In their war on what they perceive as evil, these high priests of righteousness not only attack their ancestors, but they mock and bully their contemporaries as well. They see themselves on the side of angels set against a legion of what one of them once called “the deplorables.”

But while they are fluttering above the rest of us, let’s look at a few details and facts from the age and place in which we live. Let’s see whether our epoch deserves this crown of moral superiority.

Recently Dr. Colin Henderson, a retired professor of anatomy, performed an autopsy in Portland, Oregon on the corpse of 98-year-old David Saunders during a $500 pay-for-view event. Though Saunders’ wife and relatives in Louisiana believed his body was bound for research purposes in a medical school, through a series of maneuvers a group called Death Science purchased his remains and put on this horror show before an audience in a Marriott Hotel. The anatomist dissected several limbs and removed organs and the brain from the body with some of the spectators sitting just inches away.

While patting themselves on the back for our culture’s superiority, our righteous higher-ups might want to consider the practice of late-term abortions, which some states allow for a baby who might otherwise remain viable outside the womb. This technique involves the “crushing, dismemberment and removal of a fetal body from a woman’s uterus.” At least 11,000 such abortions typically occur every year.

During the first year of the pandemic, the U.S. murder rate jumped by 30 percent, the biggest increase in our history.

And now we have our president and some in our federal government demanding a vaccine mandate for all Americans. Those who refuse the injection risk losing their jobs or having their reputations demolished by online mobs.

So do these examples—and there are many, many more—point to a civilization of superior morality? Or do they instead reveal a culture distressed and unmoored, lacking a compass or a map for finding and practicing the virtues?

During his time in the Soviet Gulag, Aleksandr Solzhenitsyn experienced this epiphany: “Gradually it was disclosed to me that the line separating good and evil passes not through states, nor between classes, nor between political parties either, but right through every human heart, and through all human hearts.”

One meaning of this great revelation can be summed up in a single word: humility. When we set out to judge others, the wise among us remember, “There but for the grace of God go I.”

And to you false masters of morality who pride yourselves on purity and righteousness and who look with contempt on those who disagree with your ideas, know this: sooner or later, like the mythological Icarus, those celestial wings of yours will burst into flames, and you’ll tumble to earth.

What goes around comes around. And to those lacking in humility, karma’s left hook can pack one heck of a wallop.