Walking Away From Widget-making Tyranny 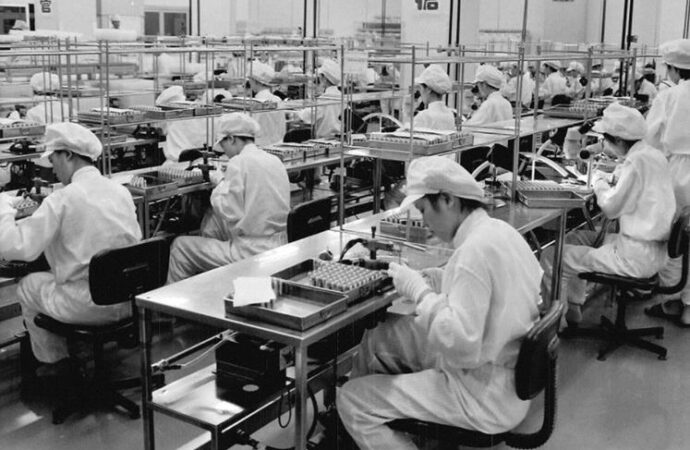 The other night I was shambling around online when I came across a Frontpage Mag article by Don Feder, “The Left’s Anti-Life Agenda.” Nothing in this article surprised me, but some of its information did sadden me.

The United States has a birth rate below replacement levels, Feder reports. China is in worse shape, and if the present trend continues, the population of that nation will be halved by the end of this century. Globally, rates of population growth are half of what they were 70 years ago.

What saddened me were the articles Feder cited condemning childbirth and advocating for population control. One piece celebrated the COVID-19 virus for killing off human beings. Some in the climate change crowd asked, “Is it still okay to have a child?” Extremists even wondered whether human extinction wouldn’t benefit the planet. Some of these hard-hearted haters of humanity might find a patron saint in the Emperor Caligula. “Would that the Roman people had but one neck!” the tyrant famously declared, so that they could all be beheaded with a single stroke.

Like so many fences dividing our culture these days—race, gender, politics, age, climate change—this negative take on birth and children reflects the way we regard human beings. Do we see them as souls, even those with whom we disagree or who consider us enemies, or do we instead see people as widgets, as parts of a machine? What is Marxism, after all, but a materialist philosophy built on the very idea that the needs of the many always trump the wants and needs of the individual?

These men and women run the gamut in their response to childbearing. One couple I know, still in their thirties, has a natural born daughter and seven adopted children, three of them rescued from certain abortion. Another husband and wife of my acquaintance delight in their seven children. A friend who never married or had children loves kids and is the unofficial godfather to some of my grandchildren. Another friend would love to marry and raise kids but can’t find a suitable mate.

On the other hand, I know a man who openly despises children. A woman in her early thirties told me that it’s a crime to bring children into this world, given the world’s population and the carbon footprint of human beings.

Years ago, when I wrote a piece on the murder of several children, a reader replied that he was celebrating those deaths, that eradicating humans might ensure the survival of the planet. I responded to him via email, wondering if he was offering some sort of ironic response to my article. When he answered in the negative, I was left pondering what sort of world I now inhabited.

Fortunately, at least from my perspective, those who love and treasure children, who smile at that baby in a buggy in the coffee shop, who get a kick out of the antics of kids strolling toward the school bus, who look at that 10-year-old in a baseball cap and see one more point of light for the future: these people still vastly outnumber the misanthropes and “anti-birthers.”

Yet many people do indeed belong to the widgets crew. Our response to the Wuhan flu is the perfect example. Here we have a fear-based demand that all of us receive an experimental vaccine. There’s no room for mavericks in this herd. Some of our leaders and citizens don’t see us as souls unique one from the other, but as components in a machine, to be worked on by mechanics who know what is best for us. Get the vaccine or live as an outcast.

This shift toward collectivism and state control, this view of human beings as things to be manipulated rather than as bodies and souls, also reflects our diminished religious faith. Though a large majority of Americans still profess a belief in some sort of deity, many of them don’t live out those beliefs. Instead, they have appointed themselves demigods, self-centered, quick to rush to judgment, and eager to see those who disagree with them punished. Like others with far greater power—Hitler, Stalin, Mao—who were deified by their subordinates, these demigods of the self often become demons.

“Our Constitution was made only for a moral and religious People,” John Adams remarked in 1798. “It is wholly inadequate to the government of any other.”

Today our increasingly tyrannical government views its citizens as numbers in various equations: polls, stats on vaccines, nameless gadgets in an engine supposedly maintained for the public good. The meaning of a human life, and the meaning of morality and religion, often seem missing from the equation.

So ask yourself: Am I a soul or a widget?

And depending on your answer, live accordingly.

I’ll try to do the same.