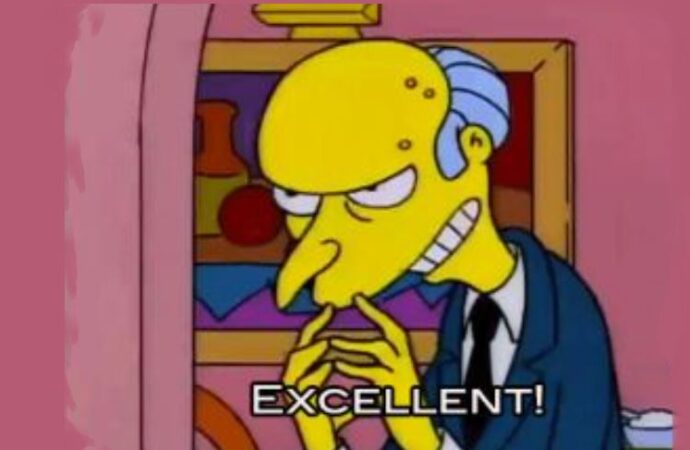 Since Jan. 20, 2021, many of us have wondered whether the policies of the Biden administration are driven by folly and stupidity, or whether they are deliberate attempts to wreak havoc on the United States of America. The foolish and tragic withdrawal from Afghanistan, the ongoing demolition of businesses and occupations by a prolonged pandemic and now by vaccine mandates, the shipping and trucking crisis, the skyrocketing inflation: Do these and so many other fiascoes, we ask ourselves, derive from ignorance or from calculation?

Two days ago a definitive answer to this question arrived in the mail.

In my small bundle of bills and advertisements that day was Imprimis, Hillsdale College’s newsletter. “In just a few short months, the Biden administration has created a disaster on the southern border of the United States,” said Mark Morgan Former Acting Commissioner, U.S. Customs and Border Protection, in this month’s featured article. “It did so by methodically—and by all indications intentionally—undoing every meaningful security measure that had been in place.”

Morgan then takes us step-by-step through the ways this administration has dismantled the regulations regarding immigration. He tells us that these officials and bureaucrats were warned before taking over the White House of the dire “consequences of undoing the security policies they inherited,” that the “Department of Health and Human Services did not have the detention capacity to handle it,” and that criminal organizations would take full advantage of open borders, bringing drugs, violence, and mayhem into America.

The Biden administration ignored all of these caveats and essentially opened our border to the world. That catastrophe continues.

There it was, my light-bulb-over-the-head moment.

And yes, I feel like a fool for taking so long to recognize this truth.

Some people, perhaps many, in our government are to all intents and purposes out to destroy the country they claim to govern. No other reason suffices for what they are allowing to happen at our southern border.

Some commentators I’ve read say that former officials of the Obama presidency are behind this mess. Others point to multi-billionaire and hater of America George Soros or the Chinese Communist Party, or both. Though I understand the case they make, I am too ignorant to comment further.

But here is what I do know: the flood of illegal immigrants into this country, the tidal wave of people from Central America, South America, Haiti, and the rest of the world, is no accident. It cannot be explained by imbecility or ineptitude.

Which raises more questions: Do the rest of our mismanaged affairs also stem from policies instituted by those in our government who despise our country? Transportation Secretary Pete Buttigieg has spent weeks and weeks on family paternity leave while our supply chain has collapsed. Was that on purpose or is this guy just stupid? Our vaccine mandates are driving millions from the workforce and crushing an already battered economy. Are officials really concerned about our health or are they trying to suppress liberty? And what are we to make of our military leaders and their unrepentant failures in Afghanistan?

Once I was willing to cut our politicians and bureaucrats some slack, to consider as a possibility that we are being led by buffoons and clowns rather than radicals who want to bring America to her knees.

The immigration debacle has shown me the light. Stupidity is not at work here, which is too bad, since even stupidity is forgivable.

Yet the president and members of Congress—who took an oath to “defend the Constitution of the United States against all enemies, foreign and domestic”—have all seemingly abandoned ship. Where are they? Where are all those bureaucrats who should be working for the citizens of this country?

Our government no longer deserves that loyalty.