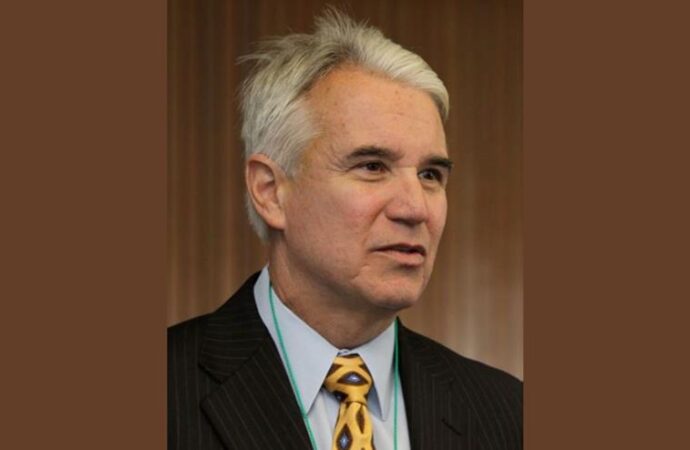 Michelle Avan, a Los Angeles, California, bank executive, was tortured and beaten to death, allegedly by her ex-boyfriend. He faces murder and first-degree robbery charges that, without so-called special circumstances, would allow him, if convicted, to serve less than 10 years. But L.A. County District Attorney George Gascón refuses to permit any special circumstances charges against the defendant, which would allow a sentence of life without the possibility of parole.
Avan is black, only noted because liberals like California Gov. Gavin Newsom pride themselves on their alleged concern for women and racial minorities. Newsom, as mayor of San Francisco, appointed Gascón the city’s chief of police and then appointed him its district attorney, where Gascón earned a reputation as a soft-on-crime “reformer.” He supports cashless bail and issued orders not to charge many violent criminal defendants with special circumstances that would trigger longer sentences.
Gascón, after serving as DA of San Francisco, moved down to Los Angeles. Newsom supported his successful run for DA in Los Angeles County, where Gascón defeated the city’s first and only black and first female DA, and where he continued his soft-on-crime agenda. Assistant DAs in the office soon complained that Gascón treated serious criminals as victims of society as opposed to criminals who victimize society.
The Avan case represents just one of many where crime victims’ family members demand that Gascón fully charge violent criminals as allowed under law. Trevon Avan, who found his mother’s lifeless body, is furious about the limited charges. He asks:
Why are we having this justice fight for someone who committed a crime as gruesome as the one committed? Why are we having to fight? Why are we having to reach out? Why are we having to demand meetings to our DA’s office and administration for them to just do the right thing? … A person that commits this gruesome of a crime should be facing life without parole. That should just be common sense.
Excellent questions.
In my campaign to recall and replace Newsom, the rise in crime was a central issue. As mentioned last week, Newsom oversaw the early release of 18,000 felons. In 2020, the number of persons shot in Los Angeles increased 41 percent over 2019, with black and Hispanic neighborhoods disproportionately harmed. Many argue that a reason for this rise in crime are the policies pushed by the soft-on-crime Gascón and his patron Gov. Newsom.
A deputy district attorney and 15-year veteran of the DA’s office filed a complaint accusing Gascón of refusing to permit him to file a more serious special circumstances charge in the case of a defendant accused of a boy’s torture and murder. In response to the complaint, a dismissive Gascón said: “Some people will be unhappy and, like, either become internal terrorists or they’ll leave. And I know certainly how to deal with both.” “Internal terrorists”? The prosecutor, a man of Iranian and Muslim descent on his father’s side, then filed a lawsuit against Gascón, accusing him of defamation, racial discrimination, hostile workplace, retaliation and intentional infliction of emotional distress.
Two other prosecutors also filed suit against Gascón, accusing him of “whistleblower retaliation.” Their complaints claim that on the day Gascón took office, he issued new soft-on-crime directives, including: “The directive prohibited prosecution of juveniles for more than one crime even if they committed multiple crimes against multiple victims in one incident,” and “The directive prohibited charging juveniles with appropriate alternative charges when the evidence warranted it and successful prosecution would depend upon it.”
Gascón now faces a recall effort supported by Los Angeles County Sheriff Alex Villanueva. During my campaign to recall Newsom, I also backed the recall effort against Gascón.
Where’s the outrage?
—
DISTRIBUTED BY CREATORS.COM