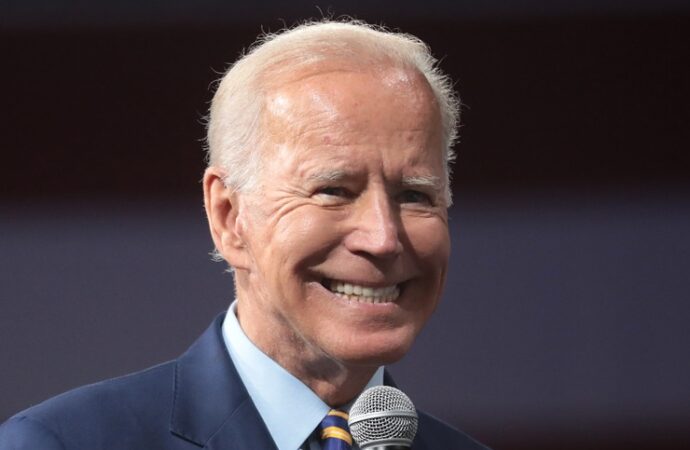 The California recall election turned out well for the Democrats. With Gov. Gavin Newsom sinking in the summer polls, the party had been staring starkly at the prospect of losing the nation’s largest state and seeing its governor replaced by talk-show host Larry Elder, who had vaulted into the lead among the 46 candidates seeking to replace Newsom.

Elder had rallied Republicans and started to surge, which terrified the Democrats. Not only might they lose Newsom, but they could get in the governor’s mansion in Sacramento what leftists took to calling “the black face of white supremacy.”

Result: A panicked Democratic Party defeated the recall by nearly 2-1, with Californians voting to retain Newsom in roughly the same percentages as they had voted to elect Joe Biden president almost a year ago. That leaves California securely in Democrat control.

Not in 15 years has a Republican won statewide office. Every elected governor and U.S. senator after 2006, every lieutenant governor and attorney general, has been a Democrat. The Congressional delegation has 53 members, and the Democrats outnumber Republicans 42-11. Democrats also have 3-1 majorities in both houses of the state legislature.

Richard Nixon carried his home state on all five presidential tickets on which he ran, and Ronald Reagan never lost California. But the era that began when Barry Goldwater won the June 1964 primary against liberal Gov. Nelson Rockefeller is history.

Yet, everything is not coming up roses for Biden. An Economist poll finds his approval rating underwater, with 49 percent disapproving of Biden’s performance in office to 46 percent in approval.

The latest Quinnipiac poll, out Tuesday, is more ominous. It has 50 percent of the country disapproving of the Biden presidency, with only 42 percent approving, the first time Biden’s rating has fallen into negative territory. More worrisome: Independents disapprove of Biden by 52-34.

His mastery of foreign policy was supposed to be his strong suit. But here the numbers are even worse. Only a third of the nation, 34 percent, approves of his handling of foreign policy, while 59 percent disapprove. On the economy, Biden also gets a negative rating, with 42 percent of the country approving of the job he is doing to 52 percent against.

With Biden’s numbers underwater overall and on the three major issues—the economy, foreign policy, and his handling of the coronavirus—Democrats have to be looking nervously at November 2022.

“If there ever was a honeymoon for President Biden, it is clearly over,” says Quinnipiac polling analyst Tim Malloy. “This is, with few exceptions, a poll full of troubling negatives … from overall job approval, to foreign policy, to the economy.” What makes this especially ominous for Democrats is that the recent negative news is likely to continue on many fronts, while the possibilities of positive achievements appear limited.

Biden conceivably could pull off twin victories this fall in Congress—with passage of both the $1.2 trillion infrastructure package and the $3.5 trillion family infrastructure bill. If so, this would put him in the history books as a transformative president alongside Franklin D. Roosevelt and Lyndon B. Johnson.

But Biden faces problems on many fronts. First among them is the return of inflation. The soaring price of food and fuel is beginning to be felt. There is new skittishness in the markets. And the jobs picture is not as rosy as was anticipated this summer.

While the country credits the president for ending America’s longest war, the future news out of Afghanistan is likely to be filled with stories of the Americans left behind and Afghan allies facing executions. The invasion across our southern border is now producing 220,000 border crossers every month. We are still in the fourth wave of the coronavirus, with the number of American dead, already over 670,000, rising at a rate of 2,000 a day. If the wave does not break, this will depress the mood of a country that believed, just a few months back, that the worst was behind us and brighter days lay ahead.

And the poll numbers are not only the worst Biden has received. They are not all that good for the nation either. Seventy percent of Americans are dissatisfied with the direction of the USA. The president’s disapproval exceeds his approval rating by eight points, just eight months in office. Republicans and Democrats in Congress both get negative ratings from the American people. And only 37 percent of registered voters approve of the Supreme Court’s handling of its role. Half the country disapproves.

If all three branches of the U.S. government have lost or are losing the confidence of their countrymen, what does that suggest is the future for our democratic republic?