Notes From the American Asylum 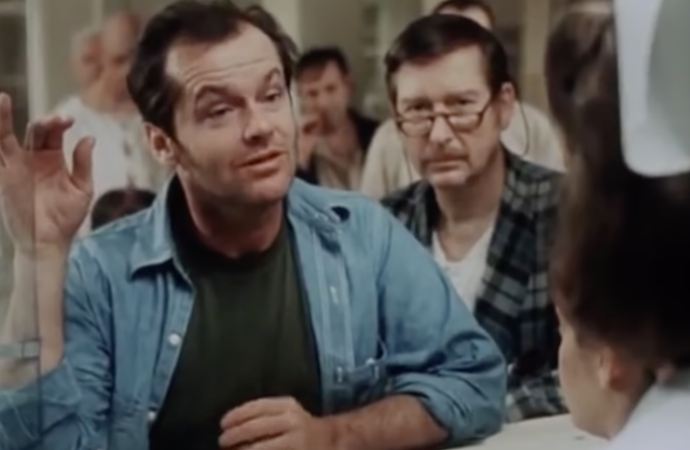 G.K. Chesterton wrote those words almost a century ago in his essay, “The Rout of Reason.” I find myself wondering the same thing on this August day.

I’m not sure how many of my contemporaries ponder the fate of the soul after death, though I note my non-believing friends appear much more terrified about meeting the Grim Reaper than do believers. As an old guy, I am astounded at how many people I know, both so-called progressives and some conservatives, are terrified of the grave.

I don’t mean to depress those who may be drinking their morning coffee or enjoying their evening glass of wine as they read these words, but we’re all going to die. And whatever our beliefs about the hereafter, we have a choice: We can come to terms with that fact or we can live in terror of the tomb.

At any rate, it’s the second part of Chesterton’s quote—“I am wondering what has become of the human mind in this world.”—that hit home with me.

Right now an alliance of government, big tech, corporations, and mass media rule over the United States of America. They frame the debates, enforce the law as they see fit, and persecute their enemies while rewarding their friends.

That they defend so many crazy propositions apparently leaves them unfazed. Every day brings some new boogey-man tale about the Wuhan Virus, some new tidbit, seemingly plucked from the wind, intended to cow ordinary citizens into obedience. Our masters also want to fire health care workers who refuse the vaccine, the same workers who were last year’s pandemic heroes. And while we’re being bullied and berated, hundreds of thousands of illegal aliens, many of them carrying the Wuhan virus, pour across our borders.

Meanwhile, the woke crowd trots out theories and ideas that would have left our grandparents rolling with laugher in the aisles. If you’re a man but think you’re a woman, then you’re a woman, and vice versa. So now “men” can have periods and babies. Defunding the police will lead to less crime. All white people are inherently racists. The National Anthem and the American flag are evil as well and should be replaced. Believing Christians are by nature sexual bigots.

Now even the American Medical Association has gotten into the act, advocating the removal of sex designation on birth certificates because “assigning sex using binary variables in the public portion of the birth certificate fails to recognize the medical spectrum of gender identity.”

Once upon a time such mismanagement, bungling, deceptiveness, and insanity would have brought dismissal, imprisonment, or a stint in a mental health facility. Today it brings big bucks and fame.

These policies, particularly those surrounding the Wuhan Virus, affect the rest of us and are leading to mental health problems. Some of my family members, my friends, and even a correspondent from France all report being depressed. They complain of anxiety and suffering under the restrictions placed on them by elected officials and bureaucrats. Barraged by conflicting information and nonsensical policies, many of our citizens feel hopeless and confused.

In the novel and the film One Flew Over The Coocoo’s Nest, we meet Nurse Ratched, who has in her care mentally ill men. By the end of the story, we realize she’s a sadist, a tyrant sicker in the head than her patients, who she enjoys tormenting, making them feel small and keeping them helpless and dependent.

Our elites are Nurse Ratched en masse. If they truly cared about our country, they would seek to bring cheer rather than gloom-and-doom. They would become happy warriors, encouraging us to move ahead as a nation, to come together as a people, and to live in harmony.

And mostly, they would shut up, go away, and leave us to live our lives as we see fit.

The good news? Nurse Ratched finds herself opposed by the rebellious Randle McMurphy, who has feigned insanity so that he might spend his prison sentence in the mental hospital instead. He tries to make the other inmates feel more like men by playing poker with them, taking them on a fishing trip, and throwing a big party in the middle of the night.

To oppose the killjoys and doomsayers of our age, we need to become Randle McMurphy. We can throw backyard barbeques and go on hikes. As much as possible we must ignore the loony ideas about sex and race that appear in the news. When feasible, we can oppose school boards that want to promote gender education and critical race theory. We can protest mask mandates, as some people I know are already doing.

Best of all, we can all grow spines and remember we are Americans. We are the masters, not the servants, of our government.