‘Lookism’ Is the Newest Form of Bigotry 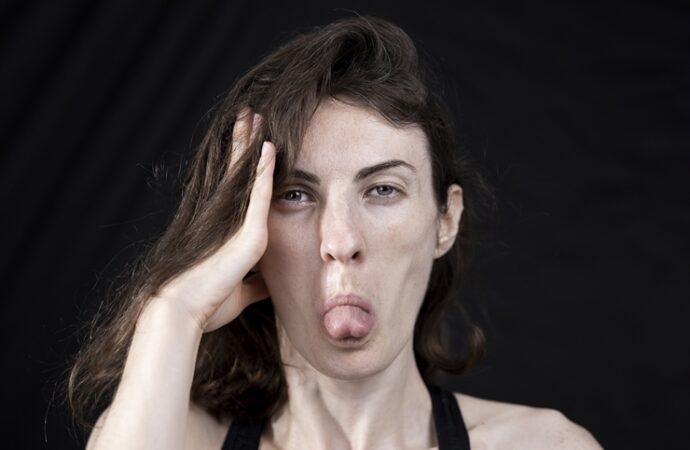 Don’t look now, but “lookism” may be the next politically incorrect thing you are guilty of.

The latest installment of our nation’s utopian quest, “lookism” is defined as “the discriminatory treatment of people who are considered physically unattractive.” To be sure, beauty is always culturally defined, and hard to quantify precisely, but in today’s America this reflects such traits as weight, facial symmetry, hair, clothing, grooming, and all else that define a person physically.

These traits are highly consequential for job opportunities (including promotions and pay raises), romantic relationships, and social benefits such as having more friends and better sex. Good-looking people are also more apt to receive loans (and at lower interest rates), receive less severe criminal penalties than unattractive miscreants, and are more likely to be judged as friendly, intelligent, and competent than ugly people.

Most people would probably conclude that this is “just life” and must be tolerated as inevitable. Not so fast. Never underestimate the allure of bad ideas when pushed by devious radical egalitarians.

When it comes to aggrandizing state power and making ever more people dependent on government largess, radical egalitarians are a stealthy bunch. Their seemingly innocuous enterprises begin with announcing “a problem” that requires a solution only the government can provide. Initial solutions to a newly discovered tribulation invariably fail, however, so stronger measures become necessary. Despite repeated failures, the coercive mechanisms and increased dependency remain in place. Mission accomplished and on to the next invented problem.

The sin of “lookism” has been around for a while but a recent column by David Brooks in that harbinger of poxes, The New York Times, suggests that lookism is “discrimination” and “bigotry” comparable to sexism, racism, homophobia, and similar horrors currently needing government intervention. Evil acknowledged, Brooks announces, “The only solution is to shift the norms and practices.” His example of reversing this prejudice is Victoria Secret’s recent marketing campaign featuring “diverse body types,” a few plump women together with a transgendered model. This physical diversity is the future, Brooks tells us, and in the “fight against lookism, the rest of us have some catching up to do.”

Yes, this now appears innocent but recall when protecting transgendered rights was judged too bizarre if not trivial to fret over.

The call for adding “lookism” to the already overflowing catalogue of traits that require government intervention is hardly a snap. Firms must already worry about discriminating against multiple racial and sexual minorities; now their HR departments must formulate guidelines to ensure job applicants are not rejected because they are midgets, dress weirdly, or are unkempt. A nearly impossible task, to be sure, but such is the price of progress, at least according to the goodthink sages of the NYT.

But far worse is how anti-lookism undermines personal agency, the idea that people, even short, ugly, stinky people, can control their lives. At its core, personal agency is believing in free will versus having your life dictated by exterior forces such as one’s social class, race, and personal appearances. Needless to say, agency is the essence of a free society and its subversion invites a lifetime of dependency on government.

The alternative to adding “lookism” to the list of victimhoods is to stress personal control over appearances. Not everyone can be a Vogue model or an Adonis, but there is no need to be grossly overweight, sloppily dressed, disdainful of personal hygiene, foulmouthed, self-mutilated with tattoos and piercings, or otherwise guaranteed to offend conventional sensibilities. Those who are victims of “lookism” can certainly avail themselves of cosmetics, shampoos, exercising, or even plastic surgery.

Moreover, those at risk of suffering from this bias should recognize their condition is often a personal choice and thus hardly requires state rescue. Wearing filthy jeans to a job interview is an individual choice and an employer who refuses to hire a slovenly worker should not be hauled before some bureaucrat and charged with “discrimination.” If you are free to dress like a slob, employers are free not to hire you.

Making “lookism” an actionable offense invites the most extreme state overreach into personal behavior. There are no limits. The alleged victim can claim an almost infinite number of personal traits that were, allegedly, the source of bigotry: I had a beard or mustache, I had a purple mohawk, I dressed like a slut, I had gold teeth, or my pants hung below my knees. There can be no defense when any personal trait might elicit a government investigation. Banning “lookism” is carte blanche to an ambitious functionary looking to build a discrimination-free Utopia.

We live in ironic times. The left seeks to reduce crime by defunding the police and decriminalizing minor infractions. Yet, they happily invent new offences such as refusing to date a person who is overweight. It is hard to imagine a society where looting is tolerated but those who want to keep men out of a women’s bathroom are called bigots.