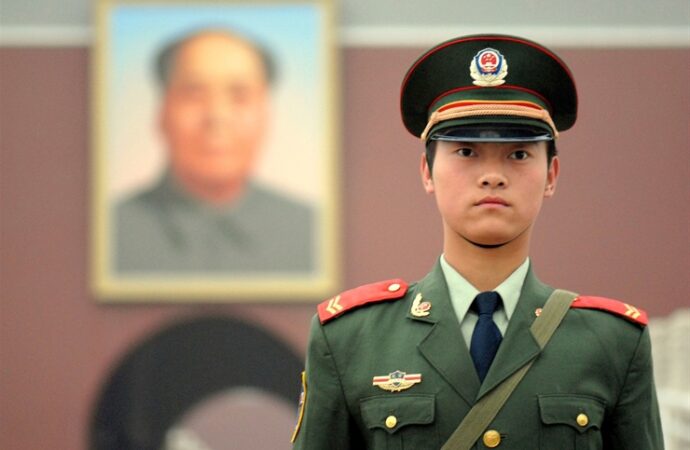 As our July Fourth celebrations were beginning, the U.S. quietly closed and abandoned Bagram Air Base, the largest American military base between the Persian Gulf and the South China Sea. Afghan looters were soon seen scavenging inside the base. The long retreat of the American Empire is underway, and this longest war is likely to end in bloody retribution for the Afghans who sided with us against the Taliban and are left behind.

When the last American departed Bagram, The Wall Street Journal reported that the U.S. is making plans for “an emergency evacuation of the American embassy in Kabul amid concern that a worsening security situation in Afghanistan could imperil the remaining military and diplomatic corps.” Apparently, we are preparing for a possible Saigon ’75 finish to the war launched by George W. Bush 20 years ago. Pressed by reporters on the grim situation in Afghanistan, President Joe Biden did not want to reflect on or talk about what might be coming.

“I want to talk about happy things, man,” Biden told reporters. “Look, it’s Fourth of July … it’s the holiday weekend. I’m going to celebrate it. There’s great things happening.” In that same edition, the Journal reported that China has moved 50,000 troops to the border region with India where forces of the two nations, in June 2020, had their bloodiest skirmish in decades.

Other reports suggest that China intends to fill the vacuum left by the departure of America’s power and provide billions from its Belt and Road Initiative to build a highway from Kabul, Afghanistan, to Peshawar, Pakistan. As America executes its strategic retreat from Central Asia, China is on the move.

In addition to militarizing its frontier with India, China is reasserting its maximalist claims to the South China Sea, ending independence and crushing democracy in Hong Kong, continuing cultural genocide against the Uyghurs, and regularly sending swarms of warplanes toward Taiwan to transmit the message to Taipei that annexation is but a matter of time.

Nor was Chinese President Xi Jinping’s address on the 100th anniversary of the establishment of the Chinese Communist Party an exercise in nuance. “We’ll never accept insufferably arrogant lecturing from those ‘master teachers!'” said Xi, drawing a roar from the crowd of party members and veterans. Clad in a Mao suit, Xi had other warnings for those who seek to stand in the way of Communist China’s destiny:

“The Chinese people will never allow foreign forces to bully, oppress or enslave us … Whoever nurses delusions of doing that will crack their heads and spill blood on the Great Wall of steel built from the flesh and blood of 1.4 billion Chinese people.”

Undeniably, Xi and his predecessors have an awesome record, as the Financial Times relates:

“China’s emergence over the past four decades ranks as the biggest and longest-run economic boom in history. Its annual gross domestic product rose from a mere $191bn, or $195 per capita, in 1980 to $14.3tn, or $10,261 per capita, in 2019. It has raised more than 770m people from poverty and transformed the Chinese economy into a high-tech powerhouse that is on course to eclipse America’s in size. This transformation is the landmark achievement of the Chinese Communist party, which celebrates its 100th anniversary on Thursday.”

China’s growth could not have been achieved had it not been for the U.S. decision to throw open the world’s largest consumer market to Chinese-made goods, to bring Beijing into the World Trade Organization, and to sit idly by as a huge slice of U.S. industry and manufacturing was transshipped to China for production there and not here.

Between 1990 and 2021, U.S. imports of Chinese-made goods provided Beijing with the trillions it has accumulated to finance its strategic objective of becoming the first power on earth. But this is water over the dam. Where do we go from here?

China’s assets are impressive. At 1.4 billion people, it has the largest population on earth. If its growth rate continues, it will have the largest economy. Its strategic arsenal of nuclear weapons is a fraction of ours, but given the horrendous damage these weapons can do, a nuclear war would be ruinous if not mortal for both countries.

In terms of conventional military—ships, soldiers, planes, guns, missiles, and bases in the East Asia-Western Pacific theater where any war between us would be fought—China’s advantages are greater. And of the issues over which we might fight—islands, rocks, reefs in the South and East China Seas, and Taiwan—none of them is claimed by us or vital to us. All are claimed by China as rightly theirs.

In the Cold War with the USSR, time, it turned out, was on our side. But in the last decade, Xi Jinping might fairly see time as having switched sides. Either way, we are surely better off relying upon our abilities rather than our weapons to win the competition and settle the rivalry that may settle the future of mankind.