Woody Allen, Bill Buckley, and the Cancel Culture That Wasn’t 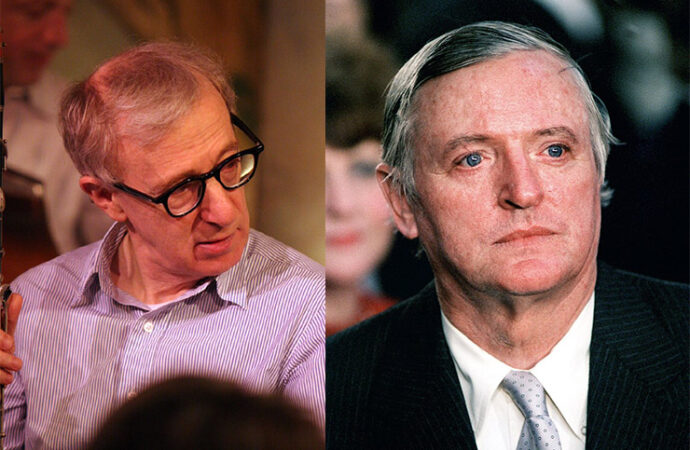 Every once in a while something pops up on YouTube that knocks me for a loop.

I was messing around there recently when I found “Woody Allen Looks at 1967,” a variety show hosted by the comedian in which he featured guests like actress Liza Minnelli and singer Aretha Franklin. Nothing unusual there, but then I spied Allen’s bit with conservative icon William F. Buckley, Jr.

Woody Allen and Bill Buckley on the same television show? Really? How did that work out?

Wonderfully, it so happens.

In their conversation, which can be viewed in both short and long forms, we discover everything that’s missing in today’s media and political arena. The liberal Allen and the conservative Buckley spar back and forth, joke together about politics, sometimes poke fun at themselves, and delight viewers with their repartee. Both men are articulate, and the well-dressed young men and women in the audience—they look like college students—are equally well spoken.

Here are just a few samples of this conversation:

Audience member to Buckley: “Who would you like to see as the presidential nominee for 1968?”

Buckley: “Someone who would beat Johnson.”

Allen: “That could be anybody including the Boston Strangler.”

Young woman from the audience: “Mr. Buckley, do you think miniskirts are in good taste?”

Buckley (with a smile and a twinkle in his eye): “On you I think they are.”

Audience member: “Mr. Allen, in your terms, what does liberal mean?”

Allen: “Liberal. Well you’ve got me on this. (The audience laughs as Allen considers, fumbles with his words for a moment, and then comes up with an answer.) If a girl will neck with me, she’s liberal. If Mr. Buckley will neck with me, he’s very liberal.”

The contrasts between then and now are glaring.

First, the members of the audience, as well as Buckley and Allen, seem more sophisticated than we do today. The banter between the two men and between them and those in attendance is easygoing, calm, and candid. Everyone seems polite and accepting of political differences.

What is even more impressive about this meeting of political opposites in front of a young audience is the absence of animosity and rancor. Allen and Buckley are clearly enjoying their repartee, as is the audience, and though we may doubt that anyone walked from one side of the political divide to the other based on that evening’s conversation, we see no outbursts of rage, no obscenities, no nasty bashing of opponents.

If we spend some time exploring YouTube, we find similar scenarios. In this video, for example, we can watch Don Rickles “roast” then California Governor Ronald Reagan. Note that the men present at this event are wearing tuxedos and suits, the women dresses. Note too that despite all of Rickles’ insults, Reagan is the one laughing hardest in the audience.

Televised events like this one were once common, shows in which comedians used wit and humor to poke fun at politicians and celebrities. Those present and those in the television audience at home got some laughs and called it a night.

Those days are long past. We still have comedians, and some of them bring politics into their monologues and skits, but cancel culture has infected the microphone and stage with fear. Some comedians, for example, have abandoned the college tour, knowing that some listener will find a joke offensive. Others shy away from controversial topics when performing unless it is to take the politically correct side.

Unlike Allen and Buckley, many among us have lost our ability to laugh at ourselves, to engage in honest debate, and to agree to disagree. Today’s mainstream media, most of our politicians and bureaucrats, many of our online pundits, and battalions of people on social media rail against those they regard as enemies, but seem blind to their own shortcomings, including their lack of manners and a sense of humor. Some of them attack their opponents with foul language or ad hominem jabs, but looking for common ground has become an uncommon goal.

It’s dismaying to witness this disappearance of civility and respect in our culture, at least in the public square. A civilization is composed of a million customs, habits, and rules of etiquette, and when we cast those aside, the veneer of that civilization is more easily punctured than we may imagine. Today we see the results of this disintegration of culture and manners in our bitter divisions, radicalized politics, the crudity in our arts and music, and the ugly debates in our social media.

Revive the arts of nuance, civility, reason, language, and kindness in our culture, and we might well reverse this downward spiral.