Thieves, Not Corporations, Are Responsible for Car Thefts 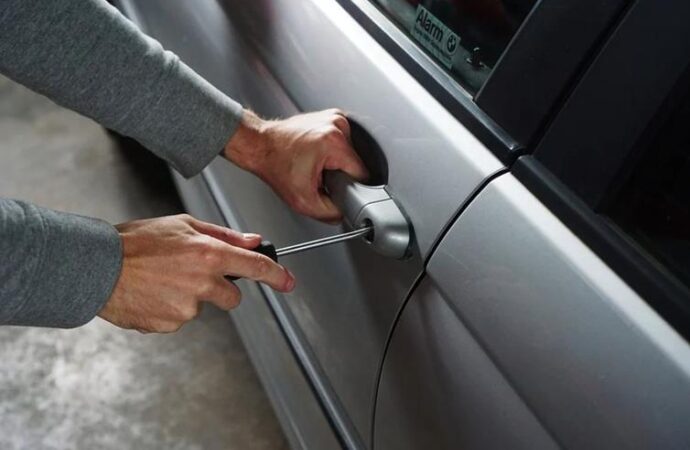 But rather than calling for more police officers, or even the left’s preferred curative of social workers, to be hired, Alderman Khalif Rainey and Alderwoman Milele Coggs wrote some strongly worded letters instead: to car manufacturers.

Once again, any idea of personal culpability for one’s own actions has been thrown out the window in America. It cannot be the fault of the vehicles’ owners that their car was stolen, and woe unto you should you dare to fault the actual thieves! No, only the big bad corporations can be faulted, as their cars are simply too easy to steal.

“KIA and Hyundai are directly responsible, in my view, for the drain on police and other city resources that have been sadly directed to deal with the rash of vehicle thefts and the havoc those thefts have brought to our city,” Rainey wrote in a press release. “It’s time for these companies to fix the problem they created.”

Yet the ease with which one can steal something does not make it less of a moral failing on your part if you do steal it. It should be common knowledge that even if a complete stranger drives up, leaves the door to their car wide open, and hands you the keys saying, “Hey please watch my car, I need to run inside but I’ll be back in 15 minutes,” you still should not steal the car.

Coggs and Rainey’s statement is especially rich considering they both voted to reduce the Milwaukee Police Department’s budget by 10 percent last year. That the two fail to see a connection between their votes and the current problems demonstrates a failure of true critical thinking, a skill that is sorely lacking in a great many of America’s contemporary politicians.

More profoundly, their letter shows just how little the contemporary American political system values personal responsibility. For anyone who finds themselves in an unfortunate or unethical situation there are a myriad of ready-made excuses provided by academics and leftist politicians. Rather than prosecuting or verbally chastising people for their own failings in life it is far easier and more politically expedient to berate nebulous and impersonal things such as corporations or systemic racism.

The reality is that people do bad things sometimes. Sometimes circumstances do make them more likely to commit crimes, but ultimately the road to stealing a car comes down to a moment in time in which the thief decides to steal said vehicle.

At time of writing, Milwaukee has seen 4,572 car thefts in 2021, a 193 percent increase from the same time frame last year. Coggs and Rainey allege in their press release that two-thirds of the city’s car thefts have either been of KIAs or Hyundais. But one has to wonder if the city of Milwaukee has become such a politically correct cesspool that city council members view condemning car theft as disadvantageous to their careers.

If this letter is at all indicative of the way public policy in the city will go in the near future, expect an enormous fleet of social workers to soon be constantly running up and down the streets of Milwaukee intervening with would be criminals. While such a force would of necessity be somewhat comparable to the size of the Stasi, it would not have anywhere near the effectiveness.

There is no army of KIA and Hyundai employees going around holding guns up to the heads of innocent Milwaukee citizens’ heads forcing them to steal cars. The fault of thievery lies solely with thieves no matter how easy it is to steal something.