The Anti-Science of Structural Racism 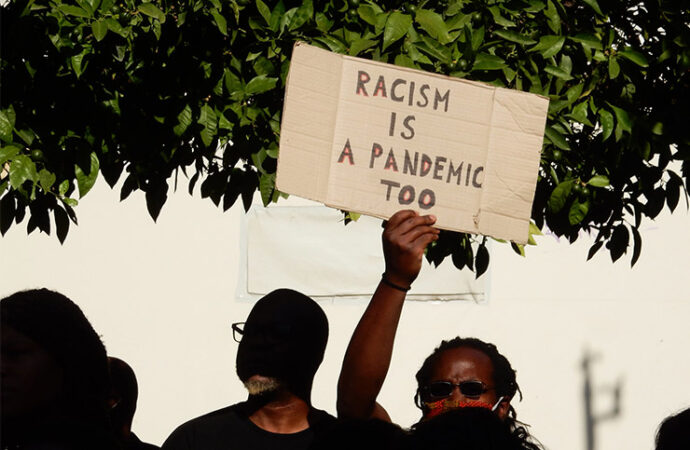 Policies designed to achieve racial equality have existed for decades, but a profoundly different cure now dominates public discussion—eliminating structural racism (also called “systemic racism”). Given that structural racism is allegedly hard-wired into American society and responsible for a multitude of what were once believed to be self-inflicted pathologies among blacks, i.e., crime, illegitimacy, and academic failure, reversing it is to be a top-to-bottom enterprise. Critically, whites, not blacks, are responsible for such pathologies and thus must bear the brunt of social engineering.

What might explain this sudden alleged breakthrough in the way we approach structural racism? Surely it has not been developed by real scientists as they have been busy engineering a COVID-19 vaccine. Instead, the appeal of this theory rests on its nonscientific character, specifically, that it cannot be falsified and as such is beyond scientific scrutiny. It may or may not be a true account of America’s racial conflicts, but we will never know for certain, and absent this confirmation, it can be promoted endlessly and lucratively, or at least until the political forces advancing it dissipate.

Past programs to create racial equality were subject to scientific confirmation. The before and after format was the standard, so for example Congress would enact an antidiscrimination law and analysts would later assess if racial discrimination declined in the aftermath of the law’s passage. Such studies might be difficult, but scientifically verified conclusions would eventually emerge.

Matters differ when assessing structural racism’s impact. Since, almost by definition, it exists everywhere in perpetuity, the gold standard before/after format of research cannot be applied. You cannot have a school where systemic racism is somehow removed and then compare test scores to one still infected by racism. Yes, everything in the “infected” school even hinting of structural racism might be removed, but still, as its proponents insist, racism, like gravity, will persist. There can never be a headline, “Brookings Study Shows Little Impact of Structural Racism.” It may in fact thrive in schools without white teachers, white administrators, white-authored textbooks, or comparable white causal agents.

This unscientific reasoning is consequential. For one, if this sweeping explanation is empirically correct (though not scientifically established), nothing else really matters, so why push today’s futile (and hugely expensive) remediations? Why impose affirmative action if inescapable structural racism is the root cause of all evil? These measures to promote racial equality are thus pointless, though it is unlikely they will be abolished.

So what is the cure to reverse this mother of all evils given the traditional menu of remediation is now irrelevant? This is a diagnosis without a cure, though unfortunately some hint at ethnic cleansing—eliminating white people and their “white” cultural artifacts—as a solution, just as one rockets into outer space to escape gravity. Alas, toxic structural racism might still thrive, as it has, allegedly, hampered African economic development decades after the end of colonialism.

The most serious consequence of embracing structural racism is that it undermines scientific discourse. It is no exaggeration to say it restores a pre-Enlightenment mentality of a world dominated by mysterious malevolent forces. This new attitude might find doctors forsaking science-based medicine and announcing patients are possessed by invisible evil spirits, prescribing shamanistic rituals to exorcise the demons. And if such a “doctor” is challenged on the grounds that his diagnosis is just unscientific fantasy, rest assured, you will be accused of substituting a “white” worldview privileging rationality over time-honored folk medicine. Recall how President Joe Biden recently accused the long-morbid KKK of still promoting today’s racial hatreds. Can the spirt of the KKK ever be exorcized or even scientifically measured? All shades of an era when the Devil brought plagues.

Such antiscience thinking has deep roots in human existence and so its current reemergence hardly surprises. This mentality is everywhere. For example, observers describe “juju” in parts of West Africa where a priestly class cures ills and protects towns from catastrophes through spells and magic charms. For a fee of course. Juju can also enforce contracts or punish others. In the West there’s magical thinking where a person believes that his or her thoughts, in and of themselves, can influence another person, including harming them. So, since whites are supposedly hardwired to think badly of blacks, blacks suffer, and this suffering cannot be reduced via the usual ameliorative measures such as increased funding for education.

Western psychologists and psychiatrists treat magical thinking as a mental illness and one might thus aver that our current obsession with this unscientific systemic racism, toxic whiteness, and the like shows that American society is indeed going crazy.

Yet advancing structural racism as the cause of America’s racial woes is far more troublesome than just yet one more bound-to-fail elixir to bring racial equality. It is an assault on science and the damage is immeasurable.