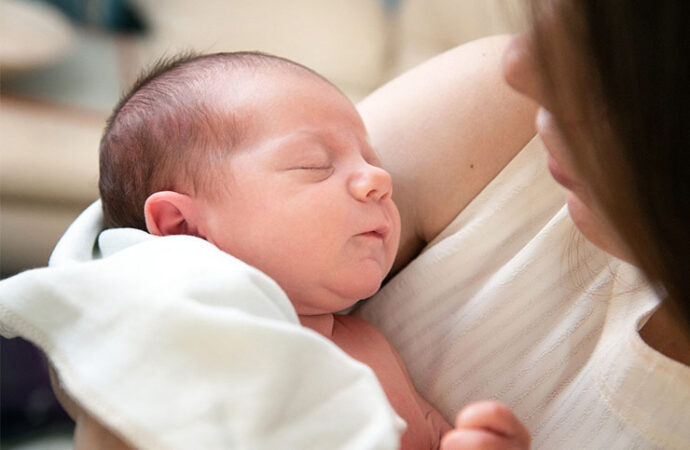 In the parish church I attend here in Front Royal, Virginia, out-of-town visitors are often surprised by the number of babies, children, and teens at any of the four Sunday services. Wiggling kids fill the pews, somewhere a baby is crying, and at the back of the church is a room reserved specifically for nursing moms. Here are mothers and fathers with six, seven, and eight children, and the large vans and mini-vans parked on the streets around this downtown church bear mute witness to passers-by that this is a family-oriented church.

Such large families appall some people. Concerned about the environment and the carbon footprint each human being leaves on the planet, they consider having more than two children, three at the most, an act of selfishness or ignorance.

Usually, these friends and family members are unaware of two vital demographic facts. The first is that the replacement level for a population, by which is meant the number of births needed to offset the number of deaths, is 2.1 births per female. The second is that the current fertility rate in the United States now stands at just over 1.6 such births.

The Centers for Disease Control and Prevention just announced this figure and declared it a record low for the United States.

Many other countries, most of them modern and industrialized, have even lower fertility rates. In Taiwan, for example, females birth an average of 1.07 babies. In Japan, that figure is 1.38, and in Italy, 1.47. The annual birth rate in China is lower than that of the United States, and in 2019 fell to its lowest rate in 70 years, creating a “demographic time bomb.”

And though the world’s population continues to increase, with women in developing countries having more babies than their counterparts in fully industrialized nations, demographers see this trend rapidly coming to an end. From 1950 to 2017, the global fertility rate was nearly halved, falling from 4.7 to 2.4, Health and Science correspondent James Gallagher reports for BBC News. Analysts project it will drop to 1.7 by 2100.

In this same article, Gallagher gives readers a succinct description of why this reduction in births will have profound negative effects within the 21st century. Chief among these is the shifting demographics between young and old. Human beings around the planet are living longer than ever before, and sooner than we may believe possible, there will be far more old people than young. These elderly populations will need care and various social programs, which will in turn place an enormous financial burden on younger generations.

Fewer young people also means fewer workers. Here technology and robotics may lend a hand in overcoming some of these shortages, as is already the case in low birth-rate countries like Taiwan and Japan, but it is difficult to imagine such advances will fully replace human labor.

This decline in fertility rates has primarily resulted from birth control practices and changing perceptions of women’s role in the workplace. As Gallagher points out, the widespread use of contraceptives, greater educational opportunities for females, and an increase in women working outside the home have decreased the number of babies being born. Shifting views of traditional family life, I suspect, are also a factor, particularly in industrialized countries. Whereas in agrarian societies children are regarded as assets, post-modernist culture all too often sees them as financial liabilities.

For those who may be thinking, “Well, women will just start deciding to have more babies,” some countries have already considered that scenario and found it unlikely. Despite implementing various incentives, nations like Japan, Taiwan, Italy, and Spain continue to experience population decline, so much so that by 2100 it’s likely their populations will be less than half of what they are today.

Not so long ago, our culture once considered our children to be our greatest resource. The next 80 years may prove the truth of that axiom, though not in the way those words were once intended.

One final thought: The next time you’re in the grocery store and you see a mom with a baby strapped to her back, a toddler in the grocery cart, and two little ones in tow, don’t shake your head at her little tribe or ask her, as some do, “Are those all yours?”

Instead, offer her a smile and say, “Nice-looking kids you have there.”

They’re the ones who will one day help pay your social security and medical bills.