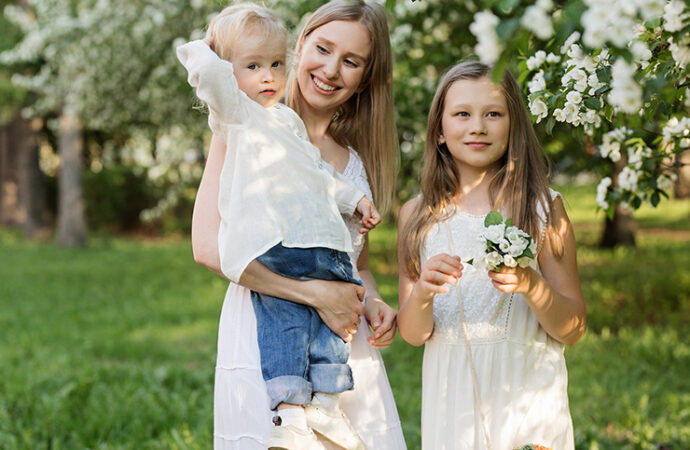 Go to floral shops, candy emporiums, or grocery stores, and we find beaucoup gifts we can buy for Mom. Throw in other special gifts and treating Mom for brunch, and we will produce one of the more lucrative retail seasons of 2021, with over $28 billion dollars projected spending on Mother’s Day.

This is that one special day of the year when we celebrate motherhood and splurge on the women who bore and raised us, who changed our diapers, taught us to tie our shoes, told us a thousand times to say “Please” and “Thank you,” cheered us on in our soccer games and chided us when we brought home a C in American history.

Even after we reach adulthood, these women exert an enormous influence on us. They offer advice about our spousal relationship, how we should raise their grandchildren, our appearance and physical health, the clothes we wear, and the work we do. We are “the flesh of their flesh,” which apparently grants mothers proprietary rights to offer us words of caution, criticism, and wisdom until death us do part.

Several women I’ve known claim that men age better than their female counterparts, that a 65-year-old man generally looks more attractive than a woman of the same age. If you’re a mother, let me point out there’s a reason for this discrepancy, even if it does exist: you bore and raised children.

Instead of looking at your gray hairs, wrinkles, sagging waistlines, and varicose veins as detriments, you should consider them badges of honor. Not only did you give life to your children, you also helped make those kids civilized human beings. You stood with them in sunshine, shadows, and storms. As that most ubiquitous of authors, Anonymous, once wrote, “Life doesn’t come with a manual; it comes with a mother.”

Good moms will do almost anything for their children. The saddest but most acute example of this sacrifice is one I read about in State long ago. The article included an account of a little girl who early in the 20th century was walking along some railroad tracks with her mom. Somehow the girl’s foot became ensnared between the rail and the gravel bedding as a train was approaching. Frantically, the mother tried to free her child, and was still doing so when the train struck and killed both of them.

Though Mother’s Day was born in the early 20th century, the preceding century surely played a role in its founding. Like our Hallmark cards today, poems and songs of the Victorian Age sentimentalized motherhood. A popular song during the Civil War begins with these words, “Just before the battle, mother, I am thinking most of you.” Rudyard Kipling’s “Mother o’ Mine” celebrates a mother’s love even when undeserved: “If I were hanged on the highest hill/Mother o’ mine, O mother o’ mine/I know whose love would follow me still/Mother o’ mine O mother o’ mine.” In “Rock Me to Sleep,” American poet Elizabeth Akers Allen writes of her yearning to return to her mother’s arms and ends:

Clasped to your heart in loving embrace,
With your light lashes just sweeping my face,
Never hereafter to wake or to weep;—
Rock me to sleep, mother,—rock me to sleep!

Of course, not everyone celebrates Mother’s Day with flowers and chocolates. For many, this holiday brings tears and heavy hearts. Perhaps a child has died, leaving his grieving mother to face this holiday as if it were Gehenna. Perhaps we are estranged from our children, or else our own mother is a harridan from hell, a woman we think of only with anger and bitterness.

And though some will celebrate Mother’s Day by serving Mom breakfast in bed or cooking a special meal for her, many of us can only honor our mothers through our memories. My own mom, who gave her all to her six children and who became a best friend when we reached adulthood, died 30 years ago. For months after her death, I longed to hear her voice on the telephone or tell her about the latest accomplishments and shenanigans of her grandchildren. To this day a piece of my heart lies buried alongside her, and I know my siblings feel the same way.

Seventeen years ago, my wife died relatively young as well, at age 51, and the four children she left behind, then ages 20 to 8, miss her tender graces and love to this day. Mother’s Day is tough on them, yet is also a wonderful time of reminiscence and gratitude.

A final note: Whatever our relationship with our mothers, good or bad, this is the day we can at least pause, think of them, and thank them for the gift of life.