Is COVID-19 Relief Encouraging People Not to Work? Dems Say, ‘No Evidence.’ 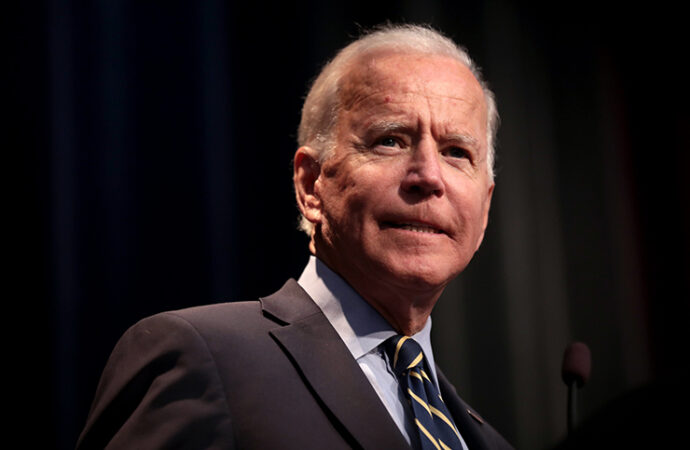 The day before this disappointing jobs report, Bloomberg wrote:

In earnings calls and business surveys, executives often blame stimulus checks and generous unemployment benefits for hampering hiring efforts. …
Friday’s employment report, which is projected to show the economy added 1 million jobs in April, should offer new insight into this mismatch and whether it’s deterring growth.

When the numbers came in, Biden administration officials lacked no shortage of excuses. Some potential workers, they argued, feared going back to work because of COVID-19; many schools had still yet to resume in-school learning, particularly burdensome for single parents; we’re still early in the bounce back from the COVID-19-stricken economy; one month’s worth of numbers does not a story tell; and employers just need to raise wages.

President Joe Biden rejected the elephant-in-the-room possible explanation for the disappointingly low April job numbers—that the generous provisions in the COVID-19 relief packages, coupled with state and local aid, create a disincentive for people to go back to work. Biden dismissed “loose talk that Americans just don’t want to work. … The data shows that more workers are looking for jobs, and many can’t find them.”

But Bloomberg wrote, “Anyone who previously made less than $32,000 per year is better off financially in the near term receiving unemployment benefits, according to economists at Bank of America.” Blog writers for the libertarian Cato Institute wrote: “Combined with state unemployment benefits, around 37 percent of workers can currently make more unemployed than in work. A low-income worker in Massachusetts previously earning $535 per week faced a pre-pandemic replacement rate of unemployment insurance benefits to earnings of 48 percent ($257). Now, the same worker would obtain benefits worth 104 percent of their pre-recession earnings ($557).”

But not to worry because, writes The Washington Post, a Labor Department spokesperson says his office “has not seen evidence” that the COVID-19 relief benefits incentivize people not to work.

There is, however, a great deal of evidence that burdening the economy with more taxes and regulations hurt growth. Eight years into the New Deal plan designed to rescue the economy from the Great Depression, President Franklin Delano Roosevelt’s secretary of the Treasury, Henry Morgenthau, wrote: “We have tried spending money. We are spending more than we have ever spent before and it does not work. … I want to see this country prosperous. I want to see people get a job. I want to see people get enough to eat. We have never made good on our promises. … I say after eight years of this Administration we have just as much unemployment as when we started … and an enormous debt to boot!”

But as long as politicians, in the name of compassion, take money from one party to give to another; borrow money to be paid later with interest; and print money which ultimately triggers inflation, who needs evidence?