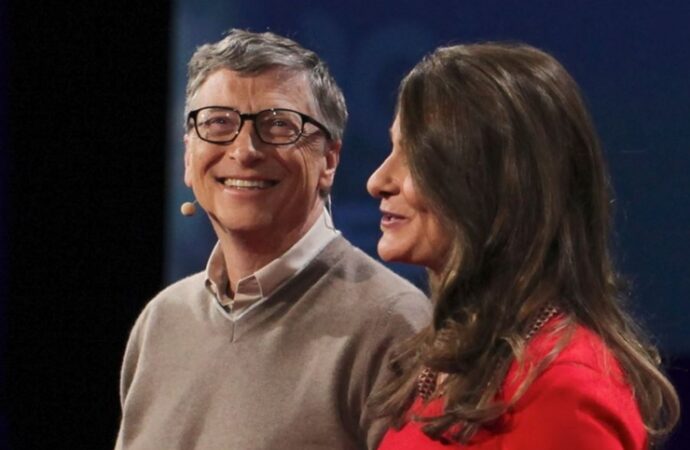 Lisa Bonos, the article’s author, bemoans the fact that despite the billions of dollars they could have spent on couples therapy, and despite their three adult children and shared philanthropic goals, the Gates still fell apart. The couple claimed on Twitter, “we no longer believe we can grow together as a couple in this next phase of our lives.”

Unlike what Bill, Melinda, and Bonos seem to think, the solidity of a marriage is not primarily based upon material wealth, shared interests, or even the “shared sense of purpose you could forge while raising three children,” as Bonos puts it. Nor, as our contemporary culture so often says, is divorce predicated on the natural and simple matter of falling “out of love.”

Philanthropic work and a wide-ranging choice of vacation homes are of very little consequence as regards marriage. Being “in love” for the entirety of one’s married life is also an unrealistic expectation. Live with someone long enough and you are sure to find things that annoy you about that person, dimming the brilliant sheen that being in love first helped you to gloss over.

What many forget is that being “in love” is not the same as “loving.” Someone who is in love is in a state of infatuation or adoration which puts a shining filter onto the beloved. We do not see their faults as clearly, if at all, when we are in that short-lived stage of attraction.

To love someone is to will that person’s good, even to seek that person’s good above your own. In this more proper sense, to say that you no longer love your spouse is to declare that you no longer will their good. That is a much higher degree of disdain than that defined by our culture as divorce. This does not even appear to be the case in the Gates’ divorce, as it is reportedly a “drama free” incident.

As C.S. Lewis put it in a 1942 letter, “is it Being-in-love that really makes the happy marriage work? Isn’t it something different – higher? Eros won’t do without Agape.”

Melinda Gates is ostensibly Catholic, and Bill, while having professed mixed feelings regarding the existence of God and the value of religion throughout his life, has stated he participates in the same church that Melinda and their children attended. I rather doubt their $1 million wedding at a golf course and hotel in Hawaii was anywhere close to following a Catholic rite, but if it had been, they might have learned something from the Latin Rite’s wedding vows:

I, (name), take you, (name), for my lawful (husband/wife), to have and to hold, from this day forward, for better, for worse, for richer, for poorer, in sickness and in health, until death do us part.

While The Washington Post focuses on the worldly material aspect of things—that Bill and Melinda never had to love each other “for poorer”—the monetary aspects of marriage are hardly the root problem of contemporary American ideas about marriage. We struggle much more with the “from this day forward” and “until death do us part.”

Ultimately the goal of human life is to seek God, and the duty of spouses is to help each other toward Heaven. Marriage is not some temporary arrangement, it is a permanent feature of our lives to help us grow towards God. The rejection of this idea, by the Gateses and many other couples, is what has led to so many divorces in our society. The amount of money couples have is irrelevant compared to the principles that a couple shares upon entering into marriage, and the most important of these principles is a shared belief in marriage’s indissolubility.

Our culture focuses entirely on eros. Relationships today are too often selfish and demanding. It is all about how I feel, and what I can get out of a relationship. Rather than putting the value of a relationship in service, in a we attitude, American culture has reduced love to a transactional relationship.

Bonos’ article notes that divorce rates have doubled for Americans age 50 and older since the 1990s. How unfortunate it is that our cultural changes, our focus on eros, have removed the stigma from divorce to the point where we repeat such statistics with a shrug of our shoulders, rather than an exclamation of distaste or horror.