The House I Hide In 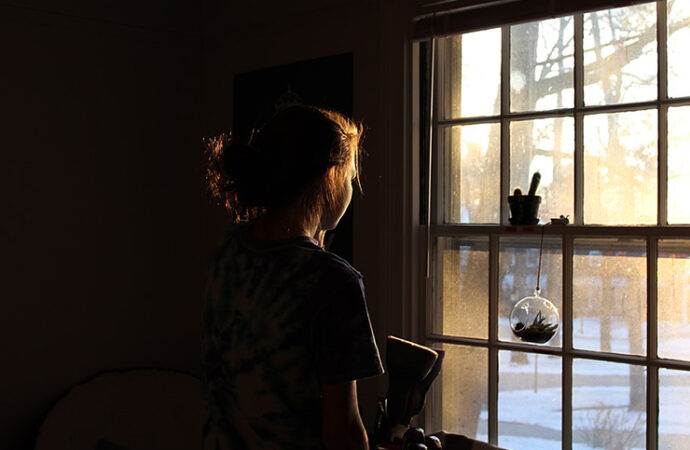 In 1945, liberal Democrat Frank Sinatra recorded a song about the meaning of America, “The House I Live In.” It was a perfect match for the honeyed voice of the young Sinatra, one that Sinatra continued to sing as his voice matured and his politics moved rightward. I have been vaguely familiar with the song since childhood, but I didn’t listen closely to the lyrics until a few years ago. These lyrics jumped out:

The ‘howdy’ and the handshake, the air of feeling free

And the right to speak my mind out, that’s America to me.

How quaint, I thought, that Americans used to believe that. The list of topics that can be discussed in public, even in moderate and respectful ways, shrinks by the year. Americans, at least conservative ones, are increasingly reluctant to express their beliefs in public, even on the internet, a medium whose early proponents often championed unfettered freedom of expression.

Indeed, many on the right had seen the internet as the key to bypassing leftist domination of other media. In 2020, however, the internet became just another venue in which the left could assert its cultural dominance, as tech monopolists used algorithms, content warnings, suspensions, and bans to limit the spread of ideas they didn’t like, a process that came to include even the president of the United States. The impact of such open censorship is amplified by massive self-censorship, as people learn about careers sidetracked and even ended by the discovery of stray remarks made years before.

Consider the case of Donald G. McNeil, Jr., the widely respected science reporter for The New York Times. McNeil’s 25-year career at the paper came to an end after it was reported that McNeil had said the wrong word out loud when responding to a student’s question about racial slurs. The student had asked McNeil whether a classmate should have been suspended for a video containing a racial slur, the N-word, that the classmate made when she was 12 years old. McNeil asked whether the classmate had directed the slur at someone else or was merely quoting a book title or a song. A relevant question, you might think, but a career-ending one, too, since in asking his question McNeil said the slur itself, rather than the abbreviation.

Something similar happened to Chris Harrison, the host of the ABC dating game show The Bachelor, after he wondered aloud whether it was fair to bar a contestant for attending a party in 2018 in which the guests dressed like planters from the antebellum South. Harrison was forced to take a leave of absence and will be replaced in the show’s future seasons.

Even more absurdly, a member of a contemporary folk-rock band, Mumford & Sons, was forced to take a leave of absence after it became known that he had dared praise Andy Ngo’s book, which is critical of Antifa.

These examples could be multiplied many times over, but the point is clear enough: what Sinatra called the “air of feeling free” is now a suffocating miasma, “the right to speak my mind out” is increasingly exercised only in the deepest recesses of private life, and “The House I Live In” has become “The House I Hide In.”

The goal of preventing certain ideas from being expressed in the present is accompanied by the attempt to cut off any appeal to the past. American history is being buried by groups such as the San Francisco School Board, which has decided that schools named after Paul Revere, Robert Louis Stevenson, John Muir, and of course Washington, Jefferson, and Lincoln, must find new monikers suitable for the glorious egalitarian world now being born.

Meanwhile, Turner Classic Movies (TCM) has decided the way to keep showing old movies is to label such films as Gone with the Wind, The Searchers, and Psycho as “problematic” but to offer commentary putting them “in context” so people will still feel okay about watching thoughtcrime in private. I don’t doubt the good intention of TCM, but by accepting the premise that there is something wrong with the films the channel was created to show, they are accepting their eventual obliteration.

“Cancel culture” is nothing new, though it is particularly virulent at the moment. Indeed, two of this magazine’s most distinguished writers, Sam Francis and Joe Sobran, experienced it firsthand. The way to combat it—the only way to combat it—is to do what Sam and Joe both did: keep telling the truth as you see it. Not recklessly, nor provocatively, but insistently. As Sam said to me, it doesn’t take long for beliefs that everyone knows to be true but that no one is willing to defend in public to vanish. Such has been the fate of so much of what the conservative movement set out to conserve, since that movement was, from its inception, shot through with tactical timidity. If we can’t stand up and defend what we believe to be true, we may as well just stay locked in our houses.