Politics Is Not the Only Game in Town 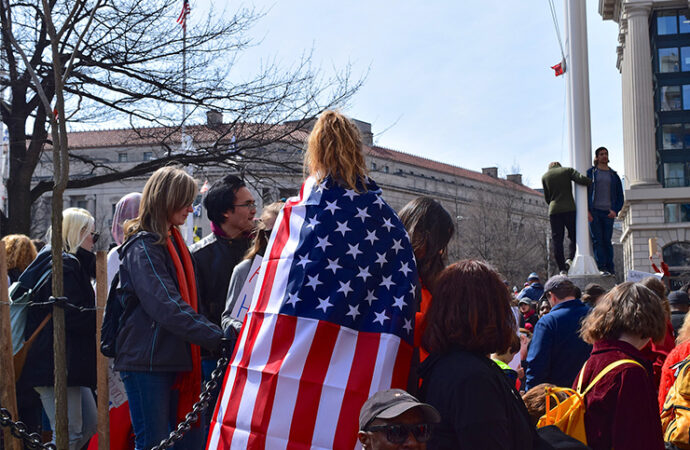 For many conservatives today’s political news may resemble the early days of World War II: endless defeats and little to suggest future victories. Make no mistake, the defeats are real, but the situation is not as bleak as it may appear. The left triumphs in the political realm and this makes its victories public. By contrast, those on the right often respond privately, a focus rendering our accomplishments nearly invisible. This is asymmetrical warfare where combatants do not meet on the same battlefield, and it is this asymmetry that causes our despair.

Consider a family living in Smallville, USA, a town whose values reflect America of the 1950s. One day citizens wake up to discover that their public schools have embraced an anti-racist “woke” curriculum, construction will soon begin on Section 8 housing for poor people shipped in from nearby East St. Louis, and the police will no longer enforce “quality of life” laws dealing with homeless vagrants. In short, a triumph of progressivism and a disaster for folks living in Smallville.

How might conservatives respond? Fight politics with politics? Circulate petitions to recall elected officials? Organize via social media? All possible, of course, but the odds of success are small and timelines for such projects span years of effort. By that time, the war may be lost: mis-educated children, lost home equity, and an unlivable downtown.

But political defeats need not be reversed politically. Put broadly, politics today is the left’s home court and the right suffers inherent disadvantages when playing away games. Better to go the non-political route. Besides, there is money to be made by satisfying the needs of those who loathe the left’s political agenda.

There are many better and quicker options that may be used to fight back via private sector responses. The most effective is moving. Realtors are ready and happy to help, and the left is powerless to stop them. Realtors are generally not thought of as political actors, but they have helped millions of people escape dreadful, often progressive public policy. Forget about reversing City Hall’s misguided policies; just go online and look for towns with good schools, safe downtowns, and low taxes.

To be sure, this strategy is hardly cost free, but it outperforms conventional political tactics. Recall how the so-called “White flight” that began in the 1950s proved a solution to those seeking to escape ineffective crime-ridden schools and other urban woes. Even better is coupling your new home with a job that permits working from home so you can work for a company in Detroit while living in Boise, Idaho.

The private sector similarly provides escape from “woke” schools. Homeschooling is becoming increasingly popular and parents can certainly avoid indoctrination-heavy public education. The internet offers a cornucopia of sites providing traditional K12 education, the Enlightium Academy and Liberty University Online Academy being just a few examples. There are also several sites that compile links to online schools (Top 25 Online High Schools, for example) so that parents can make informed decisions about their children’s education. The Well-Trained Mind Academy provides a great option for parents who prefer classical education. Yes, fleeing public schools requires effort but the return on investment far outweighs the costs, especially since trying to confront radicals who have captured the classroom is a much harder and longer fight with a much lower chance of success.

Combatting crime can also be accomplished via private initiatives. The National Sherriff’s Association runs the National Neighborhood Watch program and offers one-stop shopping for those now unable to rely on help from their local police. Help includes everything from how to start a neighborhood group to tips on crime prevention. Another increasingly popular option is to hire private security for patrols, video monitoring, home alarms, background screenings, and assessments of potential problems. Although costly, there are also gated communities where access is strictly controlled 24/7 (in urban areas many buildings now offer enhanced 24-hour security). Furthermore, hundreds of companies offer professional firearms training for those worried about emaciated police departments.

Internet shopping is another boon for those seeking to escape progressive political victories. No need to worry about homeless encampments and aggressive panhandlers. Again, it is capitalism to the rescue, and it is generally far quicker and cheaper than launching a political campaign. Silicon Valley might attempt to censor “dangerous thought,” including books such as When Harry Became Sally, but so far these efforts have not been 100 percent effective. Yes, the mass media and universities are doing their best to quash unpopular views, but heretical ideas can still be expressed, albeit through outlets off the beaten path.

Private solutions are not, however, enough. This is a two-front war. Totalitarian government can eventually overcome non-political alternatives, yet escaping today’s leftist insanity should not counsel apathy. Schools beyond state control can be banned, as Harvard University’s first salvo demonstrated last year, and private security might be made illegal. The left and their ideology must be defeated politically, but in the meantime, keep in mind that politics is not the only game in town.