Politicians in Robes Destroy the Court 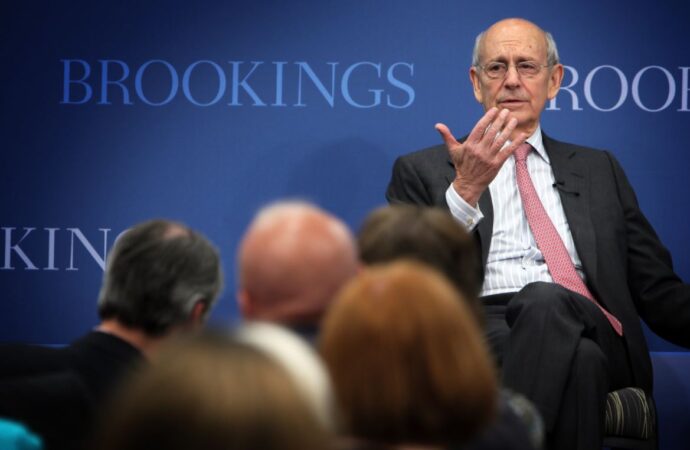 Supreme Court Justice Stephen Breyer’s recent rejection of packing the Supreme Court is another welcome addition to the debate, muted in recent months, of whether additional seats should be added to America’s highest court in order to dilute the power of its conservative majority. It also appears to have jogged President Biden’s memory of the issue, for he announced the formation of a commission to examine court expansion shortly after Breyer’s remarks.

Delivering a lengthy lecture at Harvard Law School, the liberal Breyer delved deeply into the history of the United States Supreme Court, discussing how the Court achieved legitimacy in the eyes of the American public.

Breyer went on to condemn the politicization of the court. Politicization, Breyer argues, would only delegitimize the Supreme Court, weakening it to a point where it would be useless.

If the public believes … we’re just politicians, we should not be surprised if political parties too see in the nomination of a judge an opportunity to extend their political influence. Nor should we be surprised if proposals for structural change of the court become a topic of general public concern. If the public sees judges as politicians in robes its confidence in the courts and in the rule of law itself can only diminish, diminishing the court’s power including its power to act as a check on other branches.

This is something that any liberal eager to see President Joe Biden and his party expand the court and fill new seats with justices with a more liberal and expansive view of the Constitution ought to bear in mind.

While a segment of the Democratic base, egged on by Rep. Alexandria Ocasio-Cortez and other far-left members of Congress, may favor court packing, it seems that most of those in positions of influence are reluctant to undo 150 years of precedent. After ranging in size from six to 10 justices from 1789 to the 1860s, the current nine-seat size of the Court has stood since the administration of President Ulysses S. Grant. As the late liberal Justice Ruth Bader Ginsburg said, “Nine seems to be a good number, and it’s been that way for a long time.”

During the campaign, Biden dodged media questions on whether he would support a court packing plan. Many on the right took this as a sign that he was all in favor of it but did not want to say so for fear of alienating centrist voters. On the other hand, perhaps he is not really in favor of court packing, and avoided saying so for fear of alienating some of the far left elements of his voting block. Despite Biden’s new, bipartisan commission to explore “reforming the Supreme Court,” as CNN labels it, the president seems reticent to endorse court packing as the path to reform.

The consensus among legal experts seems to be that Biden’s commission will stop well short of any court packing plan, though new term limits for Supreme Court justices may be a possibility.

Regardless, all who value the Constitution and the rule of law will devoutly hope that Biden and his team heed Breyer’s warning. If they do not, and proceed with the further politicization of the Supreme Court, far more than the Court’s legitimacy will be at stake.