Is America Led Today By Anti-Americans? 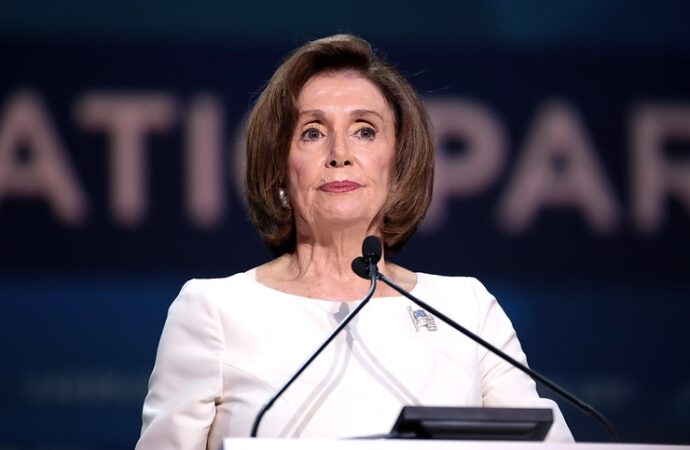 How can America unite again to do great things if we are led by people who believe America suffers from a great sickness of the soul, an original sin that dates back to her birth as a nation?

Consider. After his long night of prayer for “the right verdict” to be pronounced—Derek Chauvin was convicted on all three counts—Joe Biden stepped before the White House cameras to tell us what it all meant. George Floyd’s death, said Biden, “was a murder in the full light of day, and it ripped the blinders off for the whole world to see the systemic racism… that is a stain on our nation’s soul—the knee on the neck of justice for Black Americans.” Astonishing. Biden is saying that when Chauvin knelt on the neck of George Floyd for nine minutes as the life drained out of him, the world, for once, was getting a good, close look at the diseased soul of America. What Chauvin was doing to Floyd, said the president of the United States, is a reflection of the kind of justice America delivers to Black Americans.

This is no aberration, Biden was saying. This is the routine reality. Biden was introduced by Kamala Harris, who said much the same: “America has a long history of systemic racism. Black Americans and Black men in particular have been treated throughout the course of our history as less than human.”

At Al Sharpton’s National Action Network, U.S. Ambassador to the U.N. Linda Thomas-Greenfield delivered what The Wall Street Journal called, “a recitation of America’s sins (that) could have come from China’s Global Times.” Said Thomas-Greenfield:

What our diplomat to the world is saying is that our Declaration of Independence, Constitution, and Bill of Rights are interwoven with white supremacy and that America, to this day, continues to breed racists.

Speaker Nancy Pelosi, at a Congressional Black Caucus event after the verdict, turned her eyes heavenward in gratitude:

Thank you, George Floyd, for sacrificing your life for justice….For being there to call out to your mom—how heartbreaking was that … And because of you … your name will always be synonymous with justice.

Implication: Floyd died to redeem America of her original sin of racism.

All in all, quite a commentary on our leaders. For, again, our president and vice president are saying that this people and country still suffer from a sickness of the soul that dates back to its formative days.

The 1960s radicals who vilified our country as “Amerika” were rightly called “anti-American.” Today, the difference between what they said about America and what our highest elected leaders are saying is hard to discern.

Our enemies have picked up on this. In Anchorage, after Secretary of State Antony Blinken called Beijing out for repression in Hong Kong and “genocide” in Xinjiang, China’s foreign minister was right back in his face. You Americans should look to your own sins and clean up your house before lecturing the world on political morality, he said. Today, that Chinese foreign minister could cite Biden and Harris as his chief witnesses that America is a nation sick in its soul.

We hear our leaders’ attacks on America. Where is their defense? What other nation has provided the same measures of personal and political freedoms and material blessings for 40 million black people as has the United States? If people of color are treated “as less than human” in America, as Harris says, why are so many people of color seeking desperately to get across our Southern border to build their future here?

What is the real truth about race in America that goes unmentioned in the mainstream media’s endless hunt for encounters between Black men and white cops?

When Biden and Harris spoke of “systemic racism” afflicting our society, they were not describing their enlightened selves. And it was Hillary Clinton who identified the people the leftist elites have in mind:

You could put half of Trump’s supporters into what I call the basket of deplorables. … The racist, sexist, homophobic, xenophobic, Islamaphobic—you name it. … Some of those folks… are irredeemable, but thankfully they are not America.

What Clinton, Biden, and Harris are all saying is that, though the moral sickness of racism pervades our society, we are the vaccinated ones.