Some Arguments for Guns You Never Hear 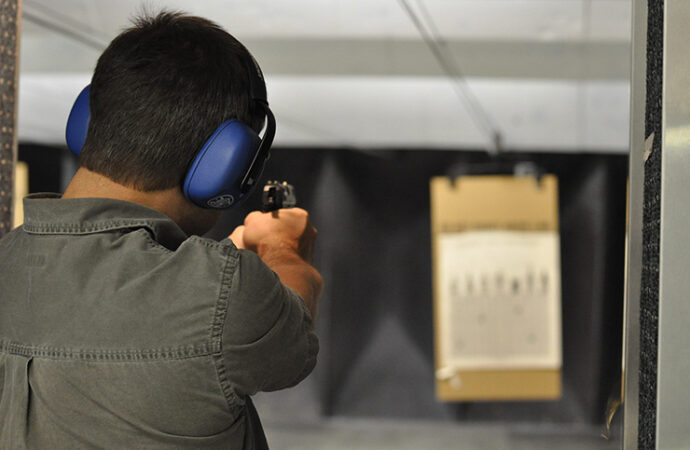 Two recent mass shootings in Atlanta, Georgia and Boulder, Colorado, have once again roused those whose goal is to destroy the Second Amendment. Before the bodies of the slain were buried, before the bereft were given even a day or two for grieving, these politicians and commentators were calling for new restrictions on gun ownership.

Do they have justifiable cause for such demands?

Every month, a copy of America’s 1st Freedom arrives in my mailbox. A publication of the National Rifle Association, the articles in this magazine range from political topics to profiles of celebrity gun owners.

A regular column in the magazine is the “The Armed Citizen,” which offers readers half-a-dozen or so accounts of Americans defending themselves with their firearms. Here is a typical one:

Around midnight on Friday, Jan. 8, a Miami, Okla. homeowner in his living room heard someone banging on his back door. The homeowner was able to arm himself with his shotgun as he heard the intruder go through a window in the back bedroom. When the two men came face to face, the intruder charged at the homeowner, forcing him to defend himself. He fired his shotgun once, striking the intruder. The assailant was taken to Miami Integris Hospital where he was pronounced dead. According to online court records, at least 12 warrants had been issued for the suspect prior to this incident. (tulsaworld.com, Miami, Okla., 1/8/21)

Guns prevent 2.5 million crimes every year, including 400,000 life-threatening violent crimes, the Foundation for Economic Education reports. This is a crucial part of the argument often overlooked by those wishing to regulate or confiscate our firearms.

More Americans than ever before are voting for this idea with their wallets. “Last year, an estimated 8.4 million Americans became new gun owners as the FBI’s National Instant Criminal Background Check System (NICS) logged over 21 million background checks for the likely sales of firearms…” America’s 1st Freedom reports. “Demand for ammunition has also been so robust that manufacturers haven’t been able to keep up.”

Probable causes for this increase in gun sales, which broke all previous records, include an upsurge of crime in many of our major cities, movements in some of those cities to “defund the police,” civil unrest and riots, and misgivings that a new administration might attempt to control or confiscate firearms.

In other words, Americans fear for their safety and the safety of their loved ones.

Those wanting to clamp down on guns conveniently ignore other facts as well. Every week, cities like Chicago, Detroit, and Baltimore, all in states with tight gun control laws, are afflicted with dozens of shootings. Why? Because the bad guys have the guns. Where is the rage in this case? The political left governs many cities whose crime rate and violence are on the uptick. What measures are they taking to reduce violence and death in their own backyards?

Another case in point is Mexico. In the March issue of America’s 1st Freedom, Susanne Edward reports that only one store in the entire country sells guns to the public, a process further complicated by red tape and regulation. Meanwhile, the cartels wield enough firepower to engage in pitched battles with each other and with the police, all the while subjecting unarmed citizens to abuse and violence.

To observers without an agenda, it’s obvious we don’t fight crime by taking away firearms from law-abiding citizens.

One last word about those seeking to dismantle the Second Amendment and our right to own firearms: they know that the more they can control the manufacture and ownership of guns, the more they can control us. An armed citizenry is always a threat to totalitarians. As the title of America’s 1st Freedom reminds us, the Second Amendment protects the First.