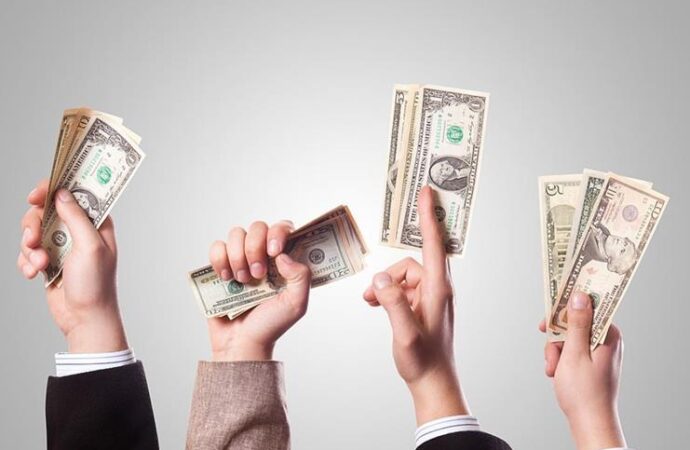 President Joe Biden and congressional Democrats have successfully passed the American Rescue Plan, with its $1,400 stimulus checks and its $1.9 trillion price tag. In total the federal government has now spent enough on COVID stimulus and relief to fund key moments in American history, such as world wars and moon landings, many times over.

USA Today has compiled an intriguing visualization of exactly how much money has been spent on COVID-19 stimulus programs in the past year. The amounts are astounding.

First came the CARES Act in March 2020, at a cost of $2.2 trillion. This bill and Biden’s latest Contribution account for the majority of federal COVID spending, though the Paycheck Protection Program and Health Care Enhancement Act and the Consolidated Appropriations Act, 2021 tacked on a combined $1.4 trillion in related expenditures.

These four bills saw the federal government shell out a total of more than $5.5 trillion on fighting COVID-19, with much of it going to various stimulus programs ostensibly designed to prop up the American economy even as the country’s various levels of governments continue to keep it shut down in varying degrees.

One can buy quite a lot for $5.5 trillion, as the following events in our nation’s history show. This article passes no judgments on the value of the projects described below, it merely uses them to illustrate the otherwise unimaginable scope of the COVID spending spree.

In the 1930s, the United States was mired in the Great Depression. The country’s GDP fell by more than 45 percent in just four years, not recovering to pre-depression levels until 1941. Unemployment hit 25 percent, housing prices fell by 67 percent, and one third of all banks closed. This years-long collapse, notably not imposed by government shutdowns of the economy, devastated America and the world.

The Federal Reserve Bank of St. Louis estimated that the New Deal cost $653 billion in 2009 dollars. When aged up to 2021, the total cost is still just over $800 billion, slightly more than one-seventh the cost of COVID stimulus.

President John F. Kennedy’s promise to have a man on the moon before the end of the 1960s was indeed realized, and with Neil Armstrong’s “one small step” the United States defeated the Soviet Union in the space race. Yet the entry fee to this race wasn’t exactly cheap.

An analysis conducted by The Planetary Society found the 2020 inflation adjusted cost of the 13-year run of the Apollo Program and associated programs to clock in at $283 billion.

That’s a pittance compared to the rash of COVID spending in the last 12 months. The federal government could have funded the entire Apollo program roughly 19 times over with the stimulus money.

American involvement in World War I only lasted for two years, so one might expect it to come in cheaper than the COVID response, and at $334 billion in 2020 inflation adjusted dollars, the “War to End All Wars” is only two-thirds the cost of the cheapest bill mentioned above.

World War II comes in much higher with $4.1 trillion spent in 2020 dollars over the course of 1941-1945 in a truly globe-spanning conflict. But even both wars combined total more than $1 trillion less in spending than the Trump and Biden administrations have spent on fighting COVID-19 and its economic impacts.

In June 2010, Stephen Daggett compiled a report estimating the costs of major U.S. wars in inflation adjusted numbers. Using his numbers, in 2010 dollars, the combined cost of the American Revolution, the War of 1812, the Mexican American War, both sides of the Civil War, the Spanish American War, Korea, Vietnam, and the Persian Gulf War add up to just under $1.28 trillion.

Bringing that up to 2021 dollars results in a total of $1.54 trillion. With the exception of the two World Wars mentioned separately above, 12 months of federal spending on COVID-19 and its associated stimulus would have funded the first 225 years of American warfare.

Regardless of what one thinks of merits of the spending described above, everyone should now be able to appreciate how truly gargantuan the checks the Trump and Biden administrations have been writing truly are. As Jeff Minick wrote recently, there will be a stimulus reckoning ahead for America. All past costly projects amounted to less than our present spending spree, and typically involved far less borrowing against America’s future assets than do the numerous COVID stimulus bills.

Try and remember that when you’re deciding how, or if, to spend that $1,400 from Uncle Joe.