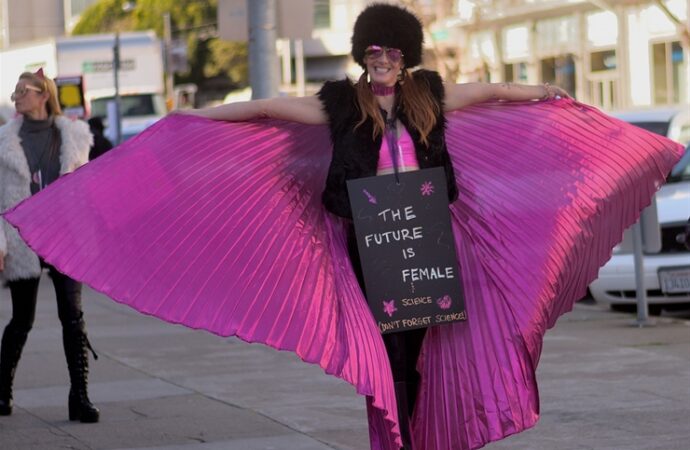 Identity politics is now the term du jour and its meaning is clear enough on a superficial level—choosing people according to their physical characteristics and sexual preferences. The left wants more people of color, women, and gays in influential positions, while the right insists that these traits are secondary to competence in a given job.

This faulty understanding of the term illustrates once again how the left hoodwinks the clueless right by manipulating language. Identity politics is not about filling positions of power with those who “look like America.” Rather, it is about populating government with not especially bright ideologues. All the yammering about the “under-represented” is artful deception. No Goodthink lefty would celebrate the alleged closet queen J. Edgar Hoover as a victim of America’s rampant homophobia.

Identity politics has traditionally been part of the political landscape, though not by that name. During the New York politics of my youth, the Democratic Party always offered a “balanced ticket” that, thanks to that era’s electoral demography, typically included a Catholic, an Irishman, a Jew, a black, an Italian, and whatever other groups might boost Democratic turnout. Since all candidates were vetted by party leaders, minimal competence was assumed. A bad candidate—regardless of skin color or religion—might drag down the entire ticket and undermine all-important patronage. A similar though necessarily simpler “balancing” dictated presidential tickets, with a northern liberal like Adlai Stevenson balanced by a Southerner like John Sparkman in the 1952 election.

This form of identity politics was a straightforward recognition of the process of building a majority coalition. Democratic Jews would naturally vote for a co-religionist and would also pull the lever for the Democratic Irishman. Nobody claimed that the candidate’s religious or ethnic background signified special expertise vital to making America a multicultural utopia. A Catholic on the New York state Democratic ticket simply acknowledged that Catholics were central to the Democratic Party, and if the state’s demography dramatically shifted, party leaders might replace the Catholic on the ballot with a Hindu instead.

Balancing is trait neutral. Imagine a small fictional Minnesota city—let us call it Svenskville—where the savvy local political party offered a ticket with a Norwegian, a Swede, and a German Catholic. Such adroit politicking would be just an electoral strategy, not the first step in transforming America into New Scandinavia. In San Francisco, by contrast, the ticket might reflect a cornucopia of homosexual inclinations so every gay voter could re-affirm their sexual preferences.

What happens when you insist that a balanced ticket is not something that merely reflects purely local demographics, but a universal standard of “inclusion?” In other words, insisting that the Democratic party in Svenskville, Minnesota should field a black candidate, a female candidate, a gay Hispanic and so on. In this situation, the real aim is not merely winning the election; the objective is the total transformation of Svenskville itself. Today, victory means choosing school superintendents to ensure schools teach kids about America’s sordid history of slavery, how California was stolen from Mexico, and the rest of this country’s sins. And say goodbye to the high school’s “violent” nickname since, after all, not every Svenskville resident is a bloodthirsty Viking, or even descended from one.

Gone are the days when balance reflected geography, urban/rural division or religious affiliation. Imagine the Svenskville folks waking up to discover that their new black mayor majored in Oppression Studies. More is involved than outward appearances, what counts is “authenticity” and according to today’s left, “authentic” blacks and Hispanics are only those who embrace the Democratic party line. Clarence Thomas thus is not a “real black,” just as pro-life women are not real women.

The Left so despises heretics of color simply because their very existence contradicts the authenticity doctrine of modern progressivism. To the left it is inconceivable that any “real black” would favor law and order. This is neo-Lysenkoism; early PC indoctrination assures that DNA-like ideological material invades the genome, and with their newly modified genes, these carriers of the PC creed will begin the Great Transformation. Perhaps Minnesota should test all those moving into the state for PC DNA? Or ask them their preferred personal pronoun, and if they hesitate, block entry. Then again, maybe we’re already beyond that point.

Conservatives are typically clueless about this ruse since they are always happy to announce their embrace of diversity, albeit with a plea for ideological diversity tacked on. For these folks, any hint of racism renders them radioactive. Meanwhile, few have the courage to admit the truth that diversity is only a subterfuge for government by incompetent leftist ideologues. Rule by useful idiots? The time is here and the Kakistocrats are in charge.