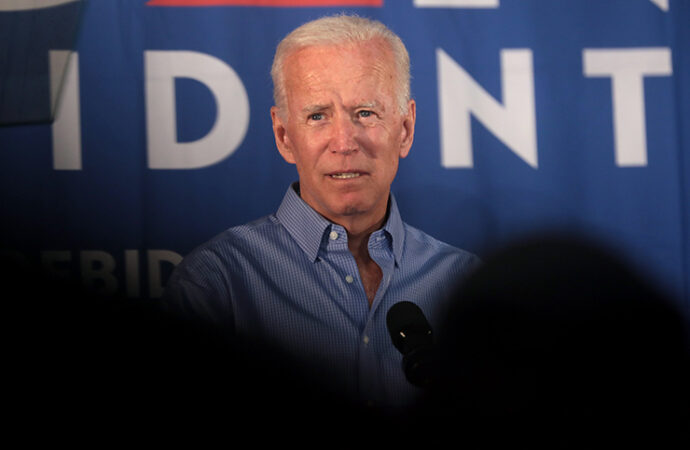 One of the great mysteries surrounding the presidential election of 2020 has now been solved. For months, people on both sides of the aisle noted the huge discrepancy between the campaign styles of Donald Trump and Joe Biden. Trump was a dynamo, sitting for interviews, holding press conferences, participating in an ever-increasing series of rallies across the country.

Joe Biden, by contrast, rarely left his basement and when he did it was to address 10 or 15 carefully screened supporters or pundits who were coached about what they could say. Even Biden’s supporters, the innocent ones, marked the difference and were concerned. How could their candidate win when he basically refused to campaign?

We now know the answer.

Biden didn’t really campaign because he – or at least his handlers – knew the fix was in. They knew that compliant polls would cook the numbers to show that Biden was 10, 15, or even 17 points ahead nationally and in all the battleground states even though he was more or less tied or even behind. The psychological, which means the political effect of that, was to insinuate an element of unreality into the whole campaign and to present the public, and the pundits who were there to spoonfeed them, with a false narrative about the performance and therefore the prospects of the two candidates.

The committee fielding Biden also knew that the media was almost totally on board with a Biden candidacy. This was clear during the campaign when an overwhelming majority of media coverage was both hostile to Trump and almost comically careful about Biden.

Consider the conspiracy of silence about Hunter Biden’s laptop or the revelations of Hunter’s former business partner Tony Bobulinski. With the exception of a few dissident outlets, there was an extraordinary conspiracy of silence about these and other stories critical of Biden’s behavior. (Special praise goes to the New York Post and to Tucker Carlson for bucking the trend and bringing these stories to the public.)

That most of the media was all-in for Biden was also clear during the election itself. Fox News notoriously acted as a cheerleader for Biden. They refused to call Florida for Trump for hours after it was clear that he had won it. They then ceded Arizona to Biden, though it was by no means clear that he had prevailed there and some voters were still in line at the polls. Fox eventually walked back its call (sort of), but only after the damage to Trump’s momentum had been clocked. Two days after the election, Fox refuses to call Alaska and other states for Trump even though it is crystal clear that he has won them.

Finally, the forces arrayed behind Biden knew that the whole bureaucracy of the state – the poll workers and postal workers in battleground states, for example – would be on board for Biden and would be carefully coached in deploying techniques to manufacture or suppress ballots, as necessary, and skew the vote.

We see all this playing out before our eyes – or, rather, we see the external manifestations of the massive effort to queer the election for Donald Trump.

Last time, in 2016, the establishment was not ready for Donald Trump. They were complacent because they just knew that Trump could not win, that Hillary Clinton was a sure thing. So they were both careless in covering their tracks and lazy about mounting a serious ground game against Trump should he win.

When he did win they screamed and stomped their tiny feet. They paraded around the Washington Mall in pink hats meant to resemble female genitalia in order to protest against Trump’s crudity. Less than 20 minutes after Trump was inaugurated The Washington Post informed its readers that the push for impeachment had begun.

But the fact remains, the establishment and its media megaphones were blindsided. They thought a Trump victory was impossible. This time, they knew that it was not only possible but probable, and they prepared accordingly.

Biden’s supporters, from Mitt Romney and Bill Kristol down to Chuck Todd, Chris Wallace, and the unsung destroyers of Trump ballots and fabricators of Biden ballots, all girded their loins and were prepared for a reprise of Trump in 2016. They were ready. But here’s what is surprising them: so was Donald Trump.

It is touch and go, but writing now, Anno Domini Guy Fawkes Day 2020, I think that the president will prevail. That is to say, the legitimate ballots will be counted, the illegitimate ones will be discarded, and Donald Trump will be president for four more years. Get ready, though. Victory will not come without a fight.