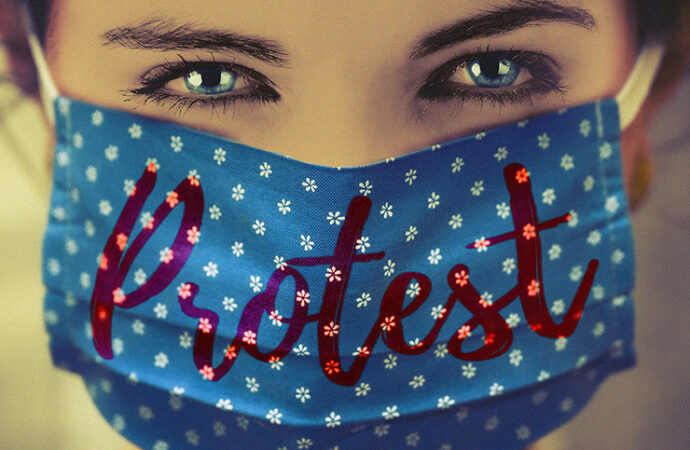 The growing evidence of massive fraud in the 2020 elections should distress and sicken all voters, Democrats and Republicans alike. Kill voters’ trust in the election process, and you’re putting a knife into the heart of our republic.

This whole year has shown that America’s elite maintain a culture that blithely ignores the concerns of everyday Americans. One has to wonder why the common folk still participate in this culture which advances an agenda antithetical to their way of life.

For example, we hear little from the left about deceit in the polling booths, and much more about the failure of the predicted blue wave to materialize. So many people thought such a wave would sweep Joe Biden into the White House, and that Democrats would take the Senate from Republicans, add more seats to their majority in the House, and win back state legislatures.

Instead of crashing onto the beach, the blue wave fizzled. The consequent infighting among Democrats, the weeping, wailing, and gnashing of teeth, and the bitter recriminations brought a smile to some of us. Any objective observer who witnessed the thousands who gathered for Trump rallies compared to the small platoons who came to hear Biden suspected the blue wave was more delusion than reality.

Those who voted for Donald Trump, myself included, were at first incredulous over his loss. This incredulity changed to depression as we became aware of the possibility that massive cheating – ballot dumps, mail-in ballot anomalies, and more – almost certainly altered election results.

For some of us that sense of despair is giving way to a smoldering rage. It seems the fix was in – sometimes the fraud was so transparent it took the breath away – and now many Democrats and some of their Republican fellow travelers are urging us to accept the results. Some, including Joe Biden himself, even promise to reunite the country, despite subjecting us to four years of vicious attacks on the president and the rest of us.

A conversation with my friend John helped me realize there are some practical ways to fight back against those who helped bring about this debacle.

If there is a “Steal the Vote” protest near your home, go out and join these marchers as they call for a recount of ballots in certain states. Exercise your constitutional right to peacefully protest. Otherwise, we can do little at this point to change the outcome of this election.

But we can strike back at those who contributed to this disaster, who have shown contempt for our country and for us, who have smeared us as deplorables, racists, and Nazis, and who have sought to undermine this election by any means possible.

Let’s start with Facebook and Twitter. Just days before the election, Facebook shut down Intellectual Takeout. Other conservative sites have suffered the same fate. Between Thanksgiving and New Year’s, let’s boycott Facebook and Twitter. That, or boldly use those platforms to call attention to wrongs committed in this election.

Let’s do the same to those news outlets that make no attempt to hide their contempt for us and for President Trump. NPR, CNN, MSNBC, CBS, and especially Fox News, once a conservative darling and now a prostitute for the left: let’s abandon all of them. If you need your daily news fix, go to Newsmax TV or One America News Network.

Ditto for professional sports and their political correctness. They take a knee; we take a hike.

Should theaters reopen, let’s stay away from Hollywood films with bigoted political agendas as well as movies damaging to our culture.

From Thanksgiving to New Year’s Day, let’s quit supporting corporations who back leftist causes. Here, for example, is a list of 18 corporations that gave hefty sums of money to the radical Black Lives Matter organization. Here is a list of organizations whose employees donated big money to support the respective candidates’ presidential campaigns. Read the article; you may be astounded.

For those readers who practice a religious faith, our Thanksgiving to New Year’s trek can be a time for fasting and prayer. Heaven knows our country needs those prayers.

Finally, from Thanksgiving to New Year’s, we must boycott despair. This is a holiday season, with religious celebrations like Hanukkah and Christmas, and then the New Year with its promises of better days ahead. We need grit, but with a grin.

In “Civil Disobedience, Homestyle,” Intellectual Takeout Editor Annie Holmquist describes singing patriotic and religious songs with her family, perfectly capturing the need to keep our spirits up and to live with hope.

Over 70 million people in this country voted for Donald Trump. If we unite even a fraction of those people in putting these proposals into play, we will make our voices heard. If you agree with ideas, please spread the word.

In a naval battle during the Revolutionary War, a British commander asked John Paul Jones if he had struck his colors, meaning if he had surrendered.

Jones replied, “I have not yet begun to fight.”

Let that be our watchword. Time to put on the gloves and start punching back.